Mass Mixup? Law Could Allow Operators To Launch, Then Force Them To Shutter 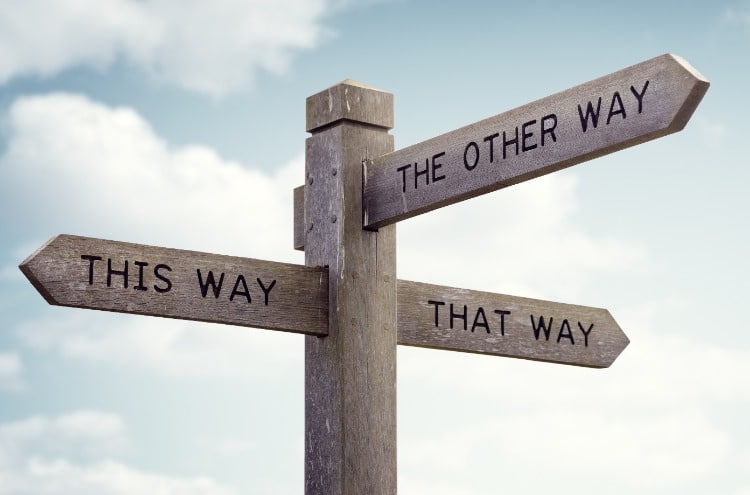 When the Massachusetts General Court extended its session to legalize sports betting in August, it left the state gaming commission with a major conundrum.

According to the text of the law, the Massachusetts Gaming Commission can issue up to seven stand-alone digital sports wagering licenses. But the law does not cap the number of temporary digital licenses it may award. The MGC is therefore concerned about the possibility of issuing well over seven temporary licenses and then having to alert some operators that they would have to shutter.

During Thursday’s meeting, it became clear that the entire commission is perplexed by the law and searching for how to best manage it.

“I worry about saturating the market with temporary licenses that will go away,” Commissioner Jordan Maynard said at the three-and-a-half hour virtual meeting.

Chair Cathy Judd-Stein is concerned that her agency will issue temporary licenses and then “we have to issue notices to operators that have to shut down because they didn’t make our final seven and what that will do to customers. This is a construct that was never intended here by our legislature. But I haven’t found a reasonable workaround.”

Barstool Sportsbook , BetMGM, and WynnBET all have market access through existing casinos, and none has announced a second partner. Primarily digital entities like DraftKings, FanDuel, and PointsBet will be among myriad companies seeking retail partners or applying for stand-alone mobile licenses. More than 40 stakeholders have already informed the MGC of their interest in operating in the state.

The law reads, “The commission shall issue no more than seven Category 3 licenses that are not connected to a Category 1 or Category 2 license.” However, the cap is not written into the temporary license text, and while that is likely an oversight on the part of the legislature, the result is a massive headache for the regulator — and it doesn’t appear a legislative fix will happen quickly.

No state has awarded online sportsbook licenses knowing that some books would have to stop operations within a year, a possibility under Massachusetts sports betting law; regulators at a meeting today seem to indicate they will find ways to avoid this (truly awful) scenario

Until the MGC finds a workaround, progress toward a launch date will likely be stymied. The commission and its staff are so worried about how to handle this that Executive Director Karen Wells made a plea to anyone tuned into the meeting to let the agency know if they knew of a similar situation anywhere else in the U.S. (Editor’s note: Having covered, in some capacity, nearly every U.S. legislative and regulatory process, I have never seen a law with this type of conflicting directives in it.)

The situation could mean that some temporary licensees would pay the $1 million application fee, as well as develop technology, hire staff, and create house rules and a responsible gaming program, only to be told they didn’t make the final cut and must shut down their platforms. The issue also raised questions about what would happen to outstanding wagers and customer information, among other concerns.

Maybe stakeholders have the answer

The MGC will continue to try to solve the issue at a roundtable meeting on Sept. 22.

There, the MGC will ask stakeholders, who will be entitled to five minutes of comment each, to address this question: “Assuming any Commission implementation of temporary licensure for untethered Category 3 operators would necessarily include technical testing, suitability, internal controls, and other industry-standard requirements, and given the logistical complexities and consumer protection concerns outlined at the Commission meeting on September 15, 2022, would you have an interest in a temporary license and if so, do you have any suggestions on how to address consumer protections in the event that a large number of licensees may be required to dismantle their operations within a short period of time?”

In the meantime, commissioners said Thursday that they wish to settle on a launch timeline but are in no position to do so.

“We can’t give them a final date, but maybe we can give them an expectation,” Commissioner Bradford Hill said. “That’s what the public wants. I just think at some point we need to get some times out there. The criticism is we’re not really putting out some kind of timeline about when this might happen.”

That part of the discussion was tabled, pending next week’s roundtable with stakeholders. The MGC will also address the question of whether to do a staggered or universal launch. The current conundrum applies only to digital platforms, which could make it attractive to consider a retail launch first and a digital launch later.

Though the agency has not yet promulgated rules for either, a retail launch, which would include brick-and-mortar sportsbooks at the three casinos and two racetracks, is not complicated by the temporary vs. permanent licensing question.

The most recent states to launch — New York and Kansas — both had a universal go-live date. When Ohio goes live on Jan. 1, 2023, it will also launch all approved operators on the same day. 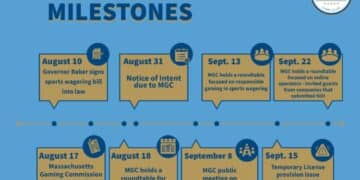