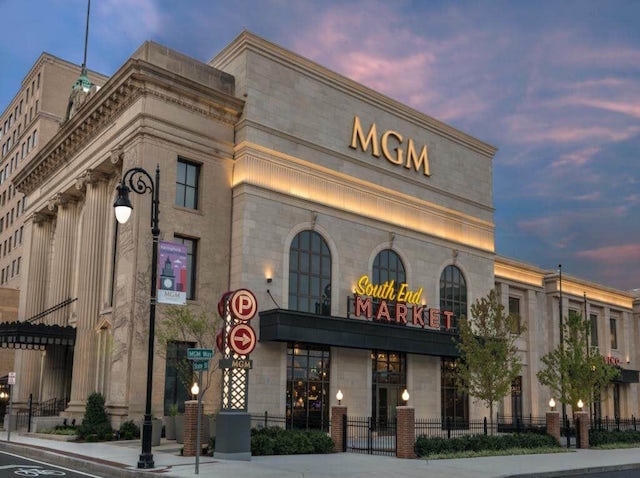 Two Massachusetts lawmakers filed competing sports betting bills within 24 hours of each other and the governor submitted a third bill for consideration by the state legislature, setting up a contentious road to legalizing sports betting in the Bay State. All of the bills were filed late Wednesday or early Thursday, ahead of a Friday deadline to introduce bills for the session, which runs throughout the year.

Following in the footsteps of lawmakers in Virginia and the District of Columbia, Senator Brendan Crighton (D-3rd Essex) filed a bill that would allow interactive sports betting operators to open online sportsbooks — without being connected to a brick-and-mortar casino. The bill, SD 903, calls for a $1 million application fee for interactive operators and a $500,000 fee for brick-and-mortar casino sportsbooks. The tax rate would be 12.5 percent of gross revenue generated online.

“We certainly see (mobile sporting betting) as the future of gaming and if we are going to bring people into legalized sport betting and off of these illegal platforms, we’re going to need to have that component,” Crighton told Statehouse News Service.

Republican Governor Charlie Baker on Thursday sent a proposal to the state legislature that is similar to Crighton’s bill, in that it allows for stand-alone online sportsbooks. Baker’s bill has a slightly different tax structure – 10 percent for brick-and-mortar casinos and 12.5 percent for online sportsbooks – and calls for a $100,000 application fee followed by a $500,000 licensing fee.

Both pieces of legislation prohibit betting on college sports.

The idea that online sportsbooks should be able to be freestanding seems like an idea that should have come up somewhere earlier, but makes perfect sense considering that DraftKings is headquartered in Boston, and has been lobbying/campaigning in favor of such a structure.

In a letter to state lawmakers dated Jan. 17, Baker opens by showing that Massachusetts is feeling some pressure to legalize after neighbor Rhode Island did so last year. Connecticut is making moves toward legalizing, as well.

Baker lays out the details of the legislation and also suggests that the state could earn a “projected $35 million in revenue” as early as fiscal year 2020. A 2017 Oxford study commissioned by the American Gaming Association projects that at a 10 percent tax rate, Massachusetts would bring in $27.2 million in revenue in a mature market, which is likely 10 years down the road.

“Over the last seven years, the Massachusetts gaming industry has grown into an economic driver for thousands of jobs associated with construction, hospitality and tourism,” Lieutenant Governor Karyn Polito said in a statement. “The Massachusetts Gaming Commission has developed a comprehensive set of regulations, and passing this bill into law will allow the proper oversight of the industry’s next chapter in addition to providing critical support to the Commonwealth’s cities and towns.”

One bill calls for .25% fee to pro leagues and mandates use of official data

The two bills represent bi-partisan support of sports betting and with the governor’s weight essentially behind Crighton’s bill, it would seem the bill that becomes law would be some combination of the two.

The "integrity fee" aka "royalty" aka "compensation" aka "small fee" lives on in the new Massachusetts sports betting bill by Sen. Michael Rush.

Actually in this version it's called a "royalty." https://t.co/CjK8zBae7c pic.twitter.com/4C5hEs3zLC

A call to Rush’s office on Thursday was not immediately returned.

Missouri’s Cody Smith filed a bill in December that includes a total 1 percent integrity fee on handle – tantamount to about percent of a sportsbook’s gross revenue – to be paid to the four U.S. professional leagues and the NCAA.

Rush’s bill would allow for betting on college sports and softens the fee a little in comparison to Crighton’s, by making the application fee $100,000 vs. Crighton’s $500,000/$1 million model.

In addition to these three comprehensive bills, two other pieces of sports betting legislation were filed in the Bay State this week. Senator Bruce Tarr (R-1st Essex and Middlesex) filed SD 908, which would establish a “Special Commission on Sports Gaming,” and Democratic Senator James Welch (D-6th Hampden) filed SD 882,  which would change the language of existing Massachusetts gaming laws to include sports betting, but also sets at 6.75 percent tax rate and would allow casinos to offer sports betting. But the bill does not appear comprehensive enough to get through the legislature as-is.

From here, all the bills will be assigned to committee for review. Presumably, Baker’s proposed bill will either get wrapped into Crighton’s or another lawmaker will put his or her name on it and formally introduce it.

The bills will pit online and fantasy operators like DraftKings and FanDuel against the professional leagues, which have been lobbying for a cut of the sports betting pie since early last year.

The NBA, Major League Baseball and the PGA formed a coalition in 2018 and lobbied across the country for a fee and laws that require the use of “official league data.” No laws passed in 2018 that paid the professional leagues. Both the NHL and NFL have mostly watched from the sidelines.

“We appreciate the Governor’s thoughtful proposal, and look forward to working with his office and the legislature to pass consumer-focused mobile sports betting legislation,” DraftKings’ Chisholm said.

Legal to bet on college games?: No

Where the money goes: Not addressed

Where the money goes: Not addressed

Legal to bet on college games?: No

Where the money goes: Gaming Local Aid Fund will be created