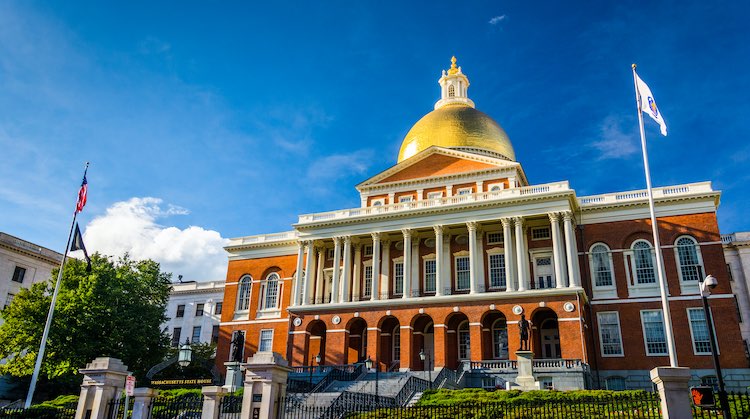 Legal sports betting in Massachusetts took another hit late Wednesday, when an amendment to the Senate budget legalizing sports wagering was shot down — and didn’t even require a roll-call vote. Senator Minority Leader Bruce Tarr offered up Amendment 337, which calls for statewide mobile/online sports betting.

The amendment appeared to be a replica of earlier drafts and proposals, that would have allowed for retail sports betting at racetracks and casinos, set a tax rate, and included detailed infrastructure. But Massachusetts lawmakers seem set on continuing to kick the can down the road with sports betting even as most of its neighbors legalize — there is statewide mobile sports betting available to the south in Rhode Island and to the north in New Hampshire. Lawmakers in both Connecticut and New York appear bottlenecked just like Massachusetts.

The rejection was the second during budget talks since August.

“If we don’t do it in this bill, we should absolutely get to work before we end this year to make sure this is done,” Sen. Marc Pacheco told State House News. “I am very concerned that we are going to be missing the boat on this.”

New Hampshire went live with sports betting — and signed an exclusive agreement with Boston-based DraftKings to be the operator — in December 2019. Regulators are now projecting that the Granite State could rake in $10 million in tax revenue for fiscal year 2020-21. In Massachusetts, where the population is about five times as big as New Hampshire’s, those numbers could be even higher, though not five times as high … N.H. has a deal in which it gets 51% of DraftKings gross gaming revenue in exchange for exclusivity. Massachusetts lawmakers have considered tax rates more within the norm, and the latest proposal would have set the rate at 10% of ggr for retail locations and 12% for digital platforms.

"Estimates for annual revenue from sports betting in Massachusetts have ranged from about $20 million to $35 million." State Senate could care less. https://t.co/T6fV43dHkm

The slowdown on legalizing sports betting in both Massachusetts and Ohio — the only two states whose lawmakers are still in session and where sports betting is still on the plate — is perplexing given the nationwide budget deficits attributed to coronavirus shutdowns.

“It is somewhat frustrating we have not been able to move forward on this front as so many of our cohort states have done,” Tarr said during the session.

One senator even went so far as to call sports betting revenue “free money.”

But it won’t be money that’s flowing into Massachusetts government agencies anytime soon. While the House did include sports betting in its budget over the summer, the Senate’s failure to act means the issue is not a high priority to Senate leadership.

My thoughts on why #Massachusetts university presidents and athletic directors are misguided in their effort to preclude #sportsbetting on #NCAA sports. https://t.co/4WA5lgIUqf

Dating back to 2018, Massachusetts lawmakers have taken a cautious, slow approach to sports betting. Two years ago, Senator Joseph Wagner said, “It’s going to take a period of time to do a deep dive. It’s more important to get it right than to do it quickly and I think only time will tell if states who have already taken an action will in fact have gotten it right.”

Since then, more than a dozen sports betting bills, including one from Gov. Baker’s office, have been in play, local casinos have voiced their enthusiasm for mobile/online sports betting, DraftKings has lobbied for legalization, local colleges have asked lawmakers to prohibit betting on them, and the American Gaming Association has jumped in the fray.