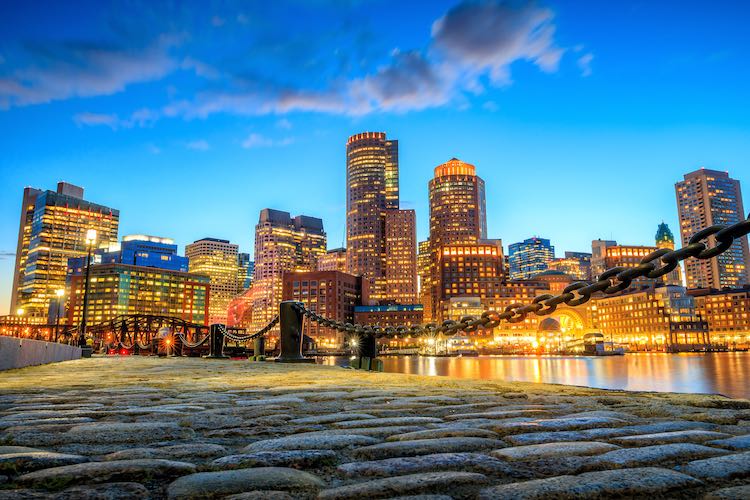 With just a week before its formal legislative session ends, Massachusetts lawmakers are implementing their own version of the two-minute drill to push legal sports betting into the end zone. Sports Handle has obtained the latest proposal to accomplish it — as part of a larger economic development package.

The proposal H.4879 calls for statewide mobile sports betting and in-person wagering at casinos and racetracks, sets a 15% tax on gross revenue, permits betting on college and pro sports, and would allow for online sportsbooks to enter the market without having obtain access through a brick-and-mortar casino property, which is the practice in some other states. The bill also would require sportsbooks to use “official league data” at the request of sports governing bodies.

Lawmakers went out of their way to make it clear that daily fantasy companies — Massachusetts is home to DraftKings — will be considered “qualified gaming entities” under the law if they have offered DFS in Massachusetts for at least one year and are licensed in at least two other U.S. jurisdictions for sports betting. Both DraftKings and rival FanDuel would qualify.

There's only 7 days left* in the legislative session, so legislators are under a lot of pressure to act.

Another twist in the bill is a 1% tax that would be levied on sportsbook gross revenue above the 15% state tax. The second tax requires each operator to:

Submit to the commission the number of sports events or other events that took place at sports stadiums or other sports facilities located in the commonwealth, and the adjusted gross wagering receipts collected from each event. The commission shall impose and collect an excise equal to 1 percent of the operator’s adjusted gross sports wagering receipts from each event.”

“Adjusted gross wagering receipts” are defined as “excluding sports wagers made with promotional gaming credits, less the total of all winnings paid to wagerers in such games, which shall include the cash equivalent of any merchandise or thing of value awarded as a prize, and all excise taxes paid pursuant to federal law.” In other words, it appears operators will have to pay sports venues 1% of gross gaming revenue in addition to the 15% tax. The money would then be divided up and returned to the venues for use in sports betting security and integrity, according to the proposal.

That language is new to operators, and several aren’t sure what to make of it. The concept isn’t completely new — in Missouri, lawmakers at one time proposed to levy an additional tax on operators and return the money to venues to be used for upkeep.

Some other key points in the proposal:

Finally, the bill would appear to allow for revenue sharing between a professional league (think Major League Baseball) and a sportsbook operator (think FanDuel):

The current proposal is different from H 4559, which was filed in March, but there are enough key pieces in place to make it attractive to both lawmakers and stakeholders.

H 4559 set the tax rate at 10% for in-person wagering and 12% for mobile/online wagering, application fees were up to $500,000, and it included no mandate for the use of official league data. That bill also prohibited betting on electronic sports and Olympic sports and would have only allowed betting on Division I college sports.

According to a report in MassLive, the proposal was being circulated among lawmakers on Friday, though it had not yet been entered into the Massachusetts General Court database of filed bills. Sources say there is no Senate version yet, and that lawmakers will tweak this bill and run it through both chambers by the end of next week.

A coalition of mostly Massachusetts-based teams earlier this week made a pitch to Bay State lawmakers to legalize sports betting sooner rather than later. Boston Red Sox lawyer David Friedman led the charge in front of a special committee, according to MassLive.
“Four months into this pandemic, mobile sports betting takes on a new urgency for the leagues and teams,” said Friedman, senior vice president of legal and government affairs for the Red Sox. “As I said, our revenues have fallen off a cliff, and so the direct financial impact of revenues for sports betting for teams may be relatively modest — we’re not going to be running sportsbooks ourselves — but today every single dollar of advertising and sponsorship revenue is extremely important to us.”

The bill will be assigned to the House Ways and Means Committee. Lawmakers have been haggling over sports betting for more than two years, and a similar bill filed in March brought together concepts from the more than a dozen proposals that were circulating on Beacon Hill.

The “formal” session of the General Court closes on July 31, and it’s likely lawmakers want to push any economic bill through the legislature and onto Gov. Charlie Baker’s desk as soon as possible.