It's time to move on from this charade 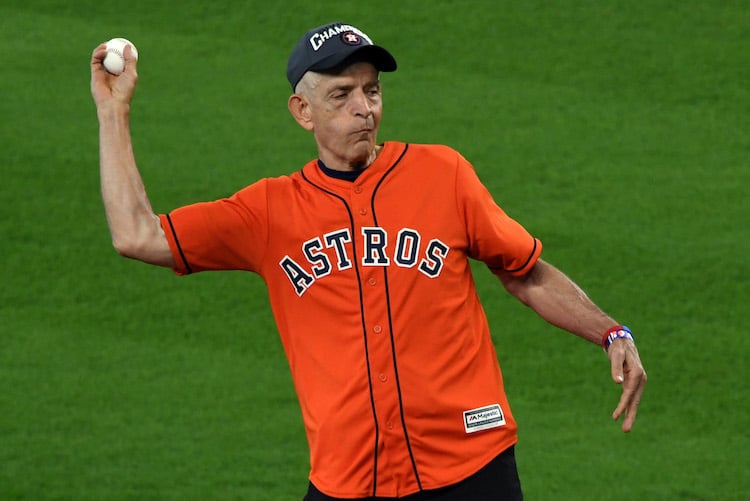 Houston-based furniture magnate Jim “Mattress Mack” McIngvale is as much a sports bettor as WWE is a true athletic competition. The spectacle and choreography may be entertaining, but it ain’t real, and the way McIngvale has spun the script, he wins either way.

McIngvale deserves credit for that: He knows how to capture the spotlight and run a promotion. The serial self- and furniture promoter has figured out how to hijack the media to drive sales. Over and over again.

For anyone who has managed to avoid McIngvale’s repeated charades, here’s the formula:

1) McIngvale finds a sportsbook to gladly accept his six-, seven-, or nearly eight-figure wager on a highly efficient market, such as the Super Bowl, where there is no edge to be had.

2) The sportsbook seizes the opportunity to publicize the wager and hold itself out as a shop willing to fearlessly accept enormous bets.

"We are part of the largest gaming company in the U.S., and we’re not afraid to take the wagers that give others pause. We’d take this bet again, win or lose, because that’s what we do and we love it.”
– Head of Sports at Caesars Digital, Kenneth Fuchs on @MattressMack's wager pic.twitter.com/CNvSxpincw

MATTRESS MACK IS BACK

After taking a late-night flight to Colorado, he wagered $1,000,000 on Houston to win the National Championship.

3) McIngvale and his Gallery Furniture announce a promotion where if a customer spends at least $3,000 on mattresses or recliners prior to the game, that customer will get the purchase fully refunded — if McIngvale wins his bet. If the bet loses, well, the furniture is still the customer’s and so is the tab.

4) Barring some miscalculation, by virtue of sales generated, Gallery Furniture comes out ahead regardless of the game’s outcome.

But an essential quality of gambling is … gambling. The risk of loss. For McIngvale, by virtue of the massive furniture sales he attracts in connection with these outsized “wagers,” there is none. Everything is hedged. His words.

So, what’s the harm?

A key issue with McIngvale’s marketing machine is that the only people assuming any risk are the customers spending at least three grand on furniture.

Let’s go to the tape for a couple of recent promotions. The first of them coincided with February’s Super Bowl, which pitted the underdog Cincinnati Bengals against the Los Angeles Rams, who prevailed thanks to some Aaron Donald and Cooper Kupp heroics.

“Mattress Mack” didn’t “lose” the $9.5 million he staked on the Bengals moneyline. Rather, he drove $20 million in sales and didn’t have to refund anything, resulting in some profit.

As for the $6.2 million he “lost” on Alabama in college football’s national championship game, when the Tide fell to Georgia 33-18, McIngvale said he still made money on the promotion.

“It was hard for even me to believe,” McIngvale told TN Bets of the net-positive result.

“Life happens and you move on,” McIngvale told the Las Vegas Review-Journal. “You know how long it took me to get over it? Two seconds each. A gambler has to be resilient, if anything. They knock you down and you’ve got to get back up.”

Sure, back up to the well.

Now a moment for some self-awareness: Many of my colleagues, industry friends, and frenemies have covered and glorified McIngvale as some high-roller bettor, furthering my angst. I respectfully encourage them to reconsider continuing the coverage.

In a February interview with Forbes, McIngvale came close to accurately calling his promotional ploy what it is.

McIngvale says that it’s not the allure of gambling that draws in customers: “It’s about the strongest word in the English language, which is ‘free,’ ‘free,’ ‘free,’” he says. “The opportunity that they might buy this and they might get it free brings them in.”

Now that’s gambling: the dopamine rush triggered by the possibility of winning money or goods.

For someone already in the market for an expensive mattress, there’s not much risk there, as they’d be ponying up anyway. For someone who wasn’t in need but saw potential to get furniture “free, free, free” if only the Bengals would upset the Los Angeles Rams, well, they keep the new furniture but also the $3,000+ bill to pay — and perhaps some credit card interest on top of it.  At least in some cases, McIngvale has shared the wealth and issued customers $1,000 gift certificates if his/their bet doesn’t cash.

This gripe is not coming from an anti-gambling prude. I love betting on sports and plopping down the contents of my wallet at a craps table with the full expectation that it will probably depart the casino in a Brink’s truck.

What I can’t stand are phonies and mischaracterizations, no matter how charitable the person might be in other areas of their lives. And the aw-shucks huckster McIngvale’s sports betting balance sheet is absolutely dismal. There’s a reason that sportsbooks are eager to accept his bets in hyper-efficient, highly liquid markets.

“The Bengals lost, and it broke my heart because I wanted to see the customers get their money back, but it didn’t work out that way,” McIngvale said after the Super Bowl. “But you know what? We live to play another day. You win some, you lose some, and sometimes you get rained out. I got up this morning, put on my big boy britches, and went to work.”

McIngvale is now preparing to again saddle up on a Kentucky Derby favorite — and hedge it with another furniture promotion, according to Horse Racing Nation, which reported on April 19 that McIngvale plans to make a seven-digit bet on the racehorse Epicenter.

Which means once again, McIngvale will make himself the center of attention — and, in the process, will influence the entire Churchill Downs parimutuel odds pool to the detriment of others who may wish to pony up on the favorite.

“Last year, I bet a little bit in the morning and a little bit in the early afternoon,” McIngvale said before betting $2.3 million on last year’s favorite, Essential Quality, who finished fourth. “That way, it didn’t affect the odds pool so much. It’s always an interesting strategy when you’re going to bet one-third of the win pool on the Kentucky Derby favorite and how to do it without destroying his odds.”

Come Derby Day, furniture shoppers in and around Houston planning to drop three dimes on a mattress would be wiser to flip a coin against the spread than hitch their wagon to McIngvale’s sports betting track record. And for those who weren’t sizing up a bedroom for an expensive new bed, but are drawn to the flashing “free, free, free” sign — just keep the money under the mattress. 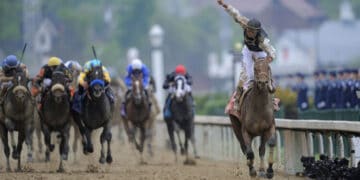 Best Sports Betting Scenes: Riding The Borail With Mine That Bird In ’50 To 1’