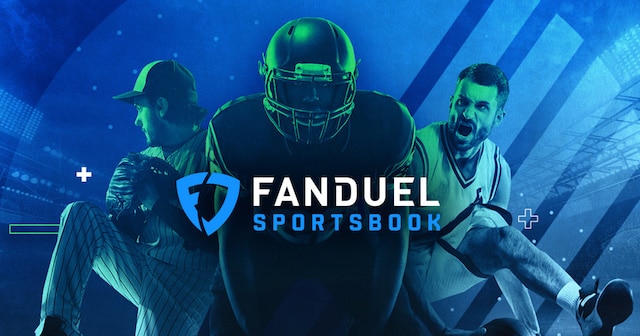 The FanDuel Sportsbook retail shop located at Meadowlands Racetrack in East Rutherford, New Jersey, yielded nearly $3.5 million in total wagers in just two weekends and one week since its July 14 opening, according to an Associated Press report. FanDuel officials confirmed the number to Sports Handle.

The New Jersey sportsbook’s opening marked a couple milestones, the first being the inaugural physical location for the DFS-focused operator FanDuel, its acquisition by Ireland-based bookmaker Paddy Power Betfair (PPB) now completed. A second FanDuel sportsbook is coming in August at the Greenbrier Resort in West Virginia.

The second big milestone was the launch of a sportsbook in an NFL team’s home state, better yet literally in its backyard. The Meadowlands Sports Complex is also home to MetLife Stadium, home field of the New York Giants, New York Jets and the Giants practice facility as well, the Quest Diagnostics Training Center. But the auspicious launch from a handle perspective did not escape without some controversy.

The backlash stemmed from FanDuel Sportsbook’s opening day pricing. A number of the baseball games on the July 14 menu were offered at 35-cent lines, in the range of surprising and absurd. Industry standard, at least in Nevada, is about 15- or 10-cent lines on baseball. For example, -140 on the favorite and +130 on the underdog.

Per ESPN Chalk’s David Purdum two days after launch, “Bettors should expect more traditional pricing moving forward at the new FanDuel sportsbook at the Meadowlands, where over $1 million was wagered over the weekend.”

Not a good break out of the gate, but it will be forgotten by most come September when the book remains wonderfully situated just eight miles from Midtown Manhattan. By that time the mobile platform will be available, as well, with FanDuel’s built-in clientele set to be activated and other market players having to start from scratch.

Incidentally $3.5M is on par with the first month of sportsbook revenue (rather, 17 days) by the three then-operational NJ sportsbooks in June, which included the William Hill sportsbook at Monmouth Park and the Borgata Race & Sports Book in Atlantic City. Ocean Resort had its book open three days to end June. Keep in mind, the New Jersey sports betting revenue numbers will include future wagers and to-be-decided props at the time of the bets, with winning tickets to be deducted at the time of redemption.

The Harrah’s sportsbook is already under construction. Resorts, which has partnered with SB Tech and DraftKings, probably isn’t far behind. There may be as many as eight or nine sportsbooks live by football season and several of them with live mobile applications that will only increase handle and revenue.

It remains to be seen how much of that $3.5 million handle for Meadowlands falls into the “win” column, but it’s an auspicious start with a lesson learned during a period of relative calm, as far as the sports betting calendar goes.

On a Tour-de-Atlantic City sportsbooks and casino floors this past weekend, Sports Handle observed pretty full houses at Harrah’s, Tropicana, Borgata (the sportsbook and floor) and Ocean Resort. Likewise at the FanDuel Sportsbook on Sunday at noon, where more teller windows would have helped some deep lines.

“I’m surprised how crowded it is here with the Hard Rock just opening,” a Harrah’s blackjack dealer said around 11 p.m. on Saturday night. “The Hard Rock looks nice. It is not the Taj Mahal [the space that Hard Rock now occupies].”

The Hard Rock Atlantic City is getting on the sports betting wagon, too, with some kind of partnership with the U.K.-based bet365 in the works.

A rising tide appears to be lifting all boats, with waves coming courtesy sports betting and some fresh starts.