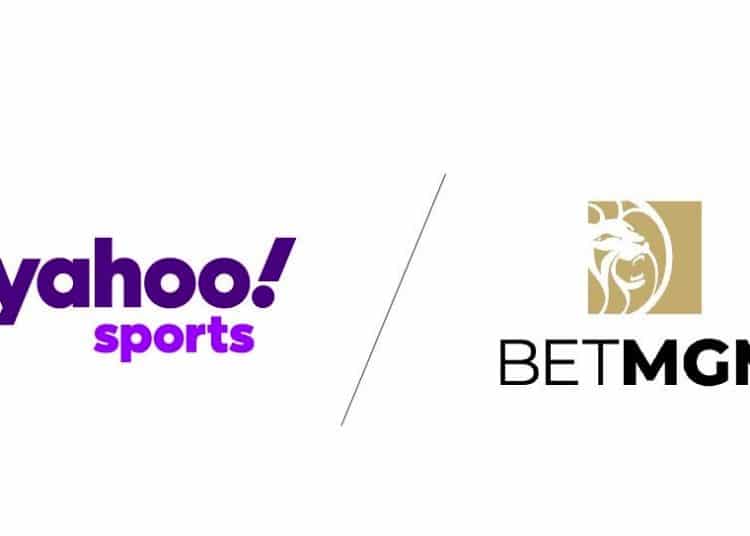 Yahoo Sports and MGM Resorts International announced a historic partnership Tuesday that marks the latest in a steady pour of recent deals that will have ramifications for the rapidly growing sports betting market across the U.S.

Under the partnership, MGM Resorts and Roar Digital, a joint venture between MGM and GVC, will power sports betting for Yahoo Sports. As part of the deal, Yahoo Sports will also become an official digital media sports partner of MGM Resorts. Beginning in November, the integration will launch in the Yahoo Sports app with transactions to take place on the BetMGM platform.

Financial terms of the multi-year deal were not disclosed.

Since the Supreme Court’s historic PASPA decision in May 2018, MGM Resorts has moved rapidly to align with a host of professional sports leagues. When MGM inked a multi-year partnership with the NBA months after the ruling, it became the first casino operator to claim a designation as an official gaming partner of a major U.S. professional sports league. MGM subsequently struck partnerships with the NHL and MLB.

“As sports betting continues to transform the industry, this partnership brings together the power of two trusted partners of the NBA,” NBA Commissioner Adam Silver said in a statement. “By working together, MGM Resorts and Yahoo Sports will offer fans unprecedented ways to engage with our games.”

Verizon completed a $4.48 billion acquisition of Yahoo in June 2017. While AT&T replaced Verizon as the NBA’s official wireless sponsor in February, Verizon still owns NBA mobile rights that enable users to access games outside their immediate market through the Yahoo Sports app.

The deal was announced exactly one year after MGM announced a partnership with the NHL last October to become an official sports betting partner of the NHL. NHL Commissioner Gary Bettman has gradually embraced legalized sports betting after previously expressing resistance to the activity.

Earlier this month, Bettman appeared on a panel with William Hill US CEO Joe Asher and FanDuel CEO Matt King at the 2019 Global Gaming Expo (G2E). Bettman is optimistic that the NHL’s player and puck tracking technology will be available inside NHL arenas by the start of the 2020 Stanley Cup Playoffs. Eventually, the technology could be used to grade bets on a game’s quickest skater and fastest slap shot once the bet types receive regulatory approval.

“The expanding sports betting landscape presents exciting opportunities to increase fan engagement and leverage emerging technologies,” Bettman said in a statement.”MGM Resorts, a valued partner of the NHL, along with Yahoo, a leading media brand, will connect fans to the action on the ice in new and innovative ways.”

Their goal is dramatically increase market share… not sure this is way to do it at start of NBA season. pic.twitter.com/BVKXqVNEkW

The partnership also marks the latest in a series of lucrative deals throughout the sports betting industry. In July, Penn National Gaming landed a transformative market access deal with four operators under which Penn Interactive Ventures, its wholly-owned subsidiary, will manage a comprehensive portfolio across more than a dozen states. Then in early-October, Flutter Entertainment announced a proposed acquisition of The Stars Group (TSG) that could create a company worth more than $11 billion, pending regulatory and shareholder approval.

From an M&A perspective, two sportsbook operators, in particular, could be next in line to announce a major partnership. DraftKings could pursue a combination with a major broadcast network in light of the Flutter-TSG proposed deal. Another New Jersey (and Iowa) operator, PointsBet USA, appears to be exploring further expansion throughout the U.S. On Monday, PointsBet’s parent company PointsBet Holding Limited, announced plans to raise A$122.1 mm through a fully underwritten capital raising initiative. The capital raising program, according to the company, will support PointsBet’s continued growth and market access across the U.S. legalized market.

For now, an immediate takeaway from the deal will focus on whether bettor interest in the Yahoo Sports app could bolster visitor activity over the next year. At the moment, the Yahoo Sports app has more than 68% growth in U.S. mobile app visitors on a year-over-year basis, the company said in a statement.

Very excited for this announcement. Yahoo and MGM have partnered in the sports wagering space. Yahoo Sports App is better than ever. https://t.co/HwTTLmKIsN

“This is an exciting partnership for the BetMGM brand and Roar Digital, helping us reach the widest possible audience of engaged sports fans in the U.S.,” Roar Digital CEO Adam Greenblatt said in a statement. “The Yahoo Sports app and digital sports content is enjoyed by 60 million U.S. users every month, while Yahoo Fantasy Football clocks 9 billion minutes of user time every year. Together we offer fans a winning combination.”