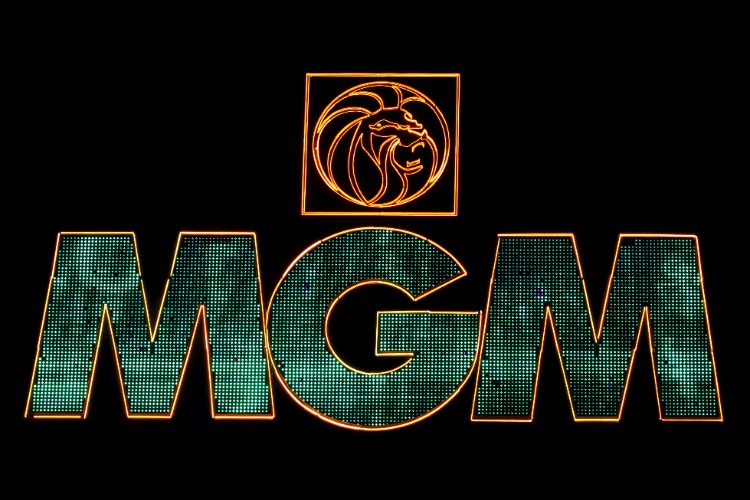 A 12% purchase — for $1 billion — in an iconic brand such as MGM Resorts doesn’t automatically raise so many eyebrows.

But on Monday, billionaire Barry Diller’s IAC not only made that investment – Diller had an intriguing reason why.

“We are energized and excited to make this investment in MGM,” Diller said, adding his interest in “an area that currently comprises a tiny portion of its revenue — online gaming.”

In a letter to shareholders, Diller and IAC CEO Joey Levin wrote, “We believe MGM represented a once-in-a-lifetime opportunity for IAC to own a meaningful piece of a pre-eminent brand in a large category with great potential to move online.. …The value was too compelling to ignore.”

The BetMGM online gambling brand, a partnership with GVC Holdings since 2018, has gotten off to a tepid start — so this investment may pay dividends there.

“IAC’s family of brands and digital expertise are a great complement to the direction MGM Resorts has been taking, both in leveraging our digital assets to enhance our guests’ experience and building a leading iGaming and sports betting business in BetMGM,” MGM Chairman Paul Salem said in a press release Monday.

Analysts say that IAC’s modus operandi tends to be to build up a business and then split the new enterprise into a separate company – Expedia, Lending Tree, and Ticketmaster are three major examples.

Last month, IAC sold off romance brands Match, Tinder, and OK Cupid — freeing up billions of dollars that led market analysts to predict a flirtation with a new partner.

“MGM is an aspirational brand, which could be delivered with daily accessibility and offer gaming consumers (including the 34 million M-life Rewards members) a wider range of services, both physical and digital, than any competitor,” said Diller in his letter to shareholders.

“To operate true sports betting and digital gaming, a provider is currently required to partner with a local casino operator,” Diller wrote. “And while we believe that regulatory environments generally catch up with consumer demand, it’s taken quite a while in this category, so we found one of the leading players operating in seven — going on 11 states by the end of 2020 — MGM.”

DraftKings and FanDuel, the two daily fantasy sports giants, are grabbing about 75% market share in the two-year-old and younger markets of New Jersey, Pennsylvania, Indiana, Iowa, and West Virginia.

And Barstool Sports — now a partner with Penn National — is expected to become a third major player starting this fall.

The open lane of online casino

But online casino gaming seems like a more wide-open avenue. Both DraftKings and FanDuel are dipping their toes into the waters beyond just offering app customers an avenue via a tab over to online casino.

In June, FanDuel launched a standalone casino app in Pennsylvania on the same day that DraftKings did in New Jersey.

FanDuel bolstered its Pennsylvania offering on Tuesday with the launch of a stand-alone casino app for Android users. Here's how it works: https://t.co/LpDN2B0G6T pic.twitter.com/ntlwHbDzGP

But several states, such as Michigan and West Virginia, have approved online casino play but have yet to approve app partnerships. That seems to leave a greater opportunity for MGM Resorts than the crowded field of sports betting does.

The Diller deal caught the attention of CNBC television analysts on Monday.

“It’s fascinating,” said Senior Market Commentator Michael Santoli. “Obviously, Barry Diller is known as a very good capital allocator. But also if you look at a thread going through a lot of [IAC’s] businesses that the company has owned, invested in, and spun off, it’s ‘lead generation’ — Angie’s List, Home Shopping Network, Lending Tree, Match.com — it’s kind of a middle-man matchmaker business.

“And their view of this opportunity is that you have this list of people who are MGM-known gamblers or likely gamblers, and a platform where you can kind of have that distribution takes place as a bit of a network,” Santoli added. “Not that IAC is going to operate it, but it is an interesting glimpse into how they view this opportunity.”

“It may be a smaller piece of the online casino business, but it’s a $450 billion industry that has only grown during the pandemic,” said CNBC colleague Seema Mody. “So clearly, Barry Diller is rolling the dice.

“If you look at what he has done with Expedia — over the last 18 months, firing the former CEO, putting in a new CEO in March, and bringing on private equity, you wonder if he will use a similar strategy with MGM.”

Diller, 78, who is married to fashion icon Diane von Fürstenberg, created the landmark “ABC Movie of the Week” series in the 1960s and was chairman of Paramount Pictures from 1974-84.

In that decade, Paramount produced TV shows such as Laverne & Shirley, Taxi, and Cheers and films such as Saturday Night Fever, Grease, and Terms of Endearment.

Diller founded the Fox Network in 1986, and has co-produced nearly a dozen Broadway shows over the past decade.