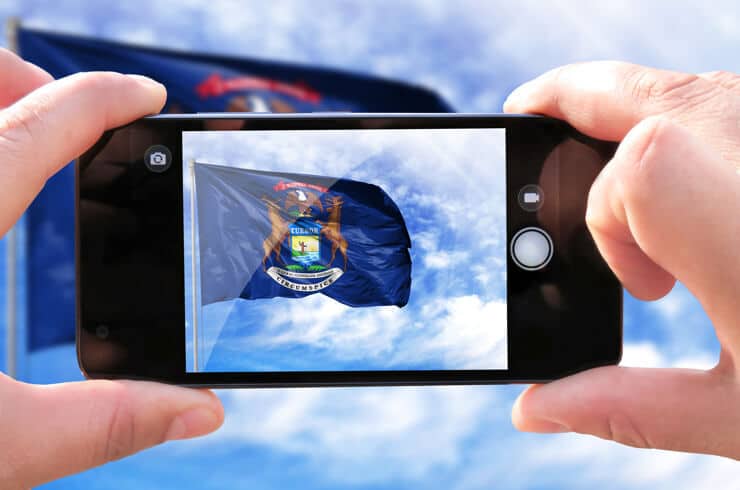 Mobile sports wagering and iGaming took center stage at a Michigan Gaming Control Board public hearing Wednesday as regulators moved closer to setting a targeted launch date that would allow for internet sports betting across the Wolverine State.

While it could take up to 80 days from Wednesday’s public hearing to finalize the rules, Michigan State Representative Brandt Iden (R-Kalamazoo) has previously expressed optimism that mobile sports betting could be available throughout the state by Thanksgiving. The MGCB reiterated a desire at Wednesday’s hearing to complete the rulemaking process by some point in November.

Hampered by the spread of COVID-19, the rollout of mobile sports betting in Michigan has remained in question for months even as numerous casinos across the state reopened following a lengthy shutdown due to the global pandemic. Although a handful of retail sportsbooks have opened their doors in Michigan over the last several months, mobile sports betting is not currently available statewide.

In August, the sports betting handle in neighboring Indiana surged more than 138% to $169 million, with approximately 85% of wagers placed via online or mobile platforms.

There was relatively little interest from the public in Wednesday’s hearing, held remotely through a virtual conference. Following the hearing, the MGCB plans to review the public comments, complete several changes and submit the rules to the Michigan Office of Administrative Hearings and Rules (MOAHR) and the Legislative Service Bureau for final review and certification in the next several days, the board said in a statement.

“Following certification, our agency expects MOAHR to submit the rules to the Michigan Legislature’s Joint Committee on Administrative Rules (JCAR) in October. The rules must be before JCAR for 15 session days unless this requirement is waived,” Michigan Gaming Control Board Executive Director Richard S. Kalm said in a statement.

The MGCB filed requests for rulemaking with the Michigan Office of Administrative Hearings and Rules on March 5 for both sets of rules, Michigan Gaming Control Board spokeswoman Mary Kay Bean wrote in an email. The agency also submitted draft rules to MOAHR in June, Bean told Sports Handle.

The MGCB has limited ability to license online gaming applicants before the rules go into effect, Kalm said. Furthermore, the licensing timetable also depends on the number of applicants and their delivery of “complete and timely applications,” he added. Michigan must have at least one tribal and one commercial license approved before launch, which Kalm is optimistic can occur by late-fall.

Ahead of the hearing, the MGCB posted a litany of online sports betting and iGaming rules under consideration for revision on a state website. The planned revisions include regulations pertaining to official league data, account-withdrawal protocols, fund transfers among authorized sports betting participants, and language regarding self-exclusion requests, among other rules.

A proposed revision on official league data seeks to modify language that will require approved sports governing bodies to provide sports betting data feeds to the market in a timely and accurate manner. Michigan is poised to join Illinois and Tennessee on a small list of states with data mandates for operators. Digital sports betting went live in Illinois in June and operators should be live in Tennessee later this year.

The board will revise this subdivision to clarify that official league data created, generated, produced, augmented, modified, supplied, packaged, or provided by an approved sports governing body or designee must be “generally complete, accurate, reliable, timely and available based on relevant and applicable standards.”

None of the proposed revised rules were finalized on Wednesday.

On Wednesday afternoon, the MGCB received only two comments during the three-hour public hearing. Both individuals, who are not affiliated with any gaming entities or organizations, are residents of the state. One took Gov. Gretchen Whitmer to task for not passing an emergency authorization that would accelerate the timeline for rolling out mobile sports betting.

“We are in a pandemic right now … it makes no sense to me why this hasn’t been streamlined or fast-tracked,” said Andrew Bernal, a resident of Clinton Township in Macomb County, and a Michigan State fan. “We’ve been sitting on this bill for months and we still don’t have internet sports betting. It’s frustrating to me, I’m sure it’s frustrating to a lot of other people.”