Michigan Adjourns Without Sports Betting Law, But Made Progress

The state of Michigan ended its attempt to legalize sports betting before the start of the NFL season last week, when the state legislature went on its summer recess with no MI sports betting law.

Michigan is one of three states that adjourned in June with partial or no action on legal sports betting. The timing of the Supreme Court’s ruling on May 14 that eliminated the federal ban on full-fledged sports wagering, the Professional and Amateur Sports Protection Act, gave Michigan some additional runway to grind out a bill, but the order proved to tall.

Both the Michigan House and the Senate have been seriously considering sports betting, and the House passed a package of internet gaming bills on June 12 that are the first step toward legal sports betting in Michigan.

Michigan Senate Has Package of Internet Gaming Bills Likely  to Be Considered After the Summer Recess. The Bills Lay the Groundwork for Legal MI Sports Betting.

The senate has a package of bills  referred to as the “Lawful Internet Gaming Act,” that mirror the House bills, but those have not yet passed. The group of three bills allow for internet gaming, including sports betting, in the state of Michigan. 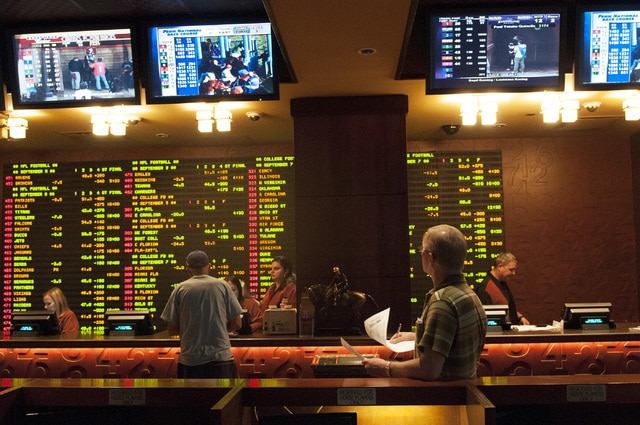 According to the rationale section laid out in an overview of the Senate bills, “three states, Delaware, Nevada, and New Jersey, have started to [offer internet gaming within their states]. Consumers in Michigan, however, do not have a regulated and protected online gaming website to use; this has raised concerns that they are at risk of being cheated or taken advantage of when playing on unregulated sites.”

The legislation, once it becomes law, would go into effect 90 days. The expectation is that the senate will take up this package when it reconvenes in September. Following is a look at what’s on the table.

The main bill, S203, clearly lays out a framework, including who will regulate internet gaming in Michigan, fees, and taxes:

The legislation clearly shows a partnership between state lawmakers – several of whom initially proposed allowing sports betting (in-person or internet) solely at Detroit’s three commercial casinos – and tribal interests throughout the state. The act calls for licenses to be “issued only to a casino licensee or, under certain conditions, to a Michigan Indian tribe that operates a casino in the State.”

Michigan has more than 20 tribal-casinos scattered throughout the state, in addition to the three commercially owned facilities in Detroit. Negotiations with the tribes, which currently pay the state a tax on gaming revenue but are not beholden to state law, have been ongoing as state lawmakers have been considering making sports betting legal.

State Legislatures in New York and Louisiana Adjourned for the Year Earlier this Month with No New Sports Betting Laws.

Michigan lawmakers plan to spend the summer recess working with the tribes and other stakeholders to craft additional legislation geared toward sports betting at brick-and-mortar locations.

“We all know that sports betting is coming and this sets the framework (for the gaming commission), but realistically, I don’t think they’ll do that that until we have laws for the brick-and-mortar casinos in place,” Representative Brandt Iden (R-District 61) told Sports Handle  earlier this month.

Absent from the legislation is any mention of an “integrity fee,” which the professional sports leagues have been lobbying for. Pennsylvania, West Virginia and New Jersey have all made sports betting legal without an integrity fee. Delaware also does not have a payout to the leagues.

Earlier this month, Iden called the fee a “non-starter,” but said and his colleagues were open to continuing talks with the professional leagues.

As Michigan goes into summer recess, two other states’ legislatures adjourned in June without passing any sports betting legislation. Here’s a look at where things stand in New York and Louisiana:

NEW YORK: Empire State lawmakers were clearly not on the same page – some wanting to pass legislation before the session ended on June 20, others wanting to take their time. The result was lots of posturing, including visits to Albany by multiple baseball icons, but no vote. The state has continued to toy with including a payout to the pro leagues, though it’s down from 1 percent of daily revenue to one-fifth of one percent. Should New York pass legislation with an integrity fee when it reconvenes, it would be the first state to do so.

LOUISIANA: Neighboring Mississippi rolled out its sports betting regulations last week, but Louisiana’s state legislature closed on June 4 with no action. In mid-April, State Senator Daniel Martiny (R-District 10) brought a bill that would have allowed voters to decide  on the legality of Louisiana sports betting, but it did not get out of the finance committee. Earlier in the session, on March 1, Representative Major Thibaut (D-West Baton Rouge, West Feliciana) introduced HB 245, which “authorizes additional games and sports betting at eligible live horse racing facilities,” but it did not get to a vote.