Michigan Lawmaker On Sports Betting: ‘What Does The Governor’s Office Want?’ 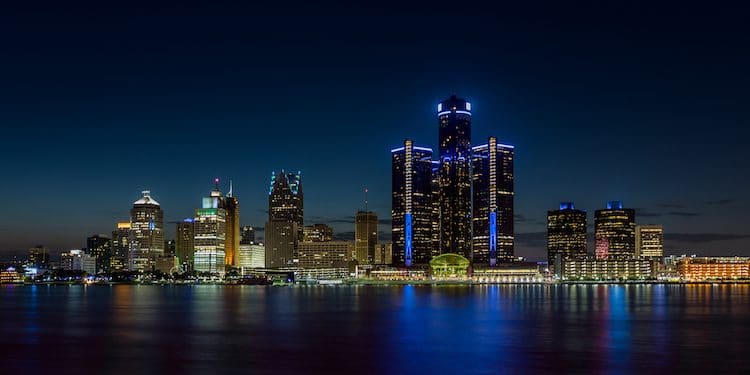 A day after Michigan’s House Ways and Means Committee easily moved a package of iGaming and sports betting bills onto the House floor, the full House passed the sports betting measure, 63-45, and iGaming, 62-46, Wednesday afternoon. The bills move to the Senate, but could well face the same fate they did last year — a gubernatorial veto.

This time around, it’s not because new Governor Gretchen Whitmer is opposed to gambling. Rather, it’s what appears to be a difference of opinion about how sports betting and iGaming will affect the state’s school-aid fund.

“My big question is: What does the governor’s office want?” Iden told Sports Handle on Thursday. “I continue to hear that it’s to protect the school-aid fund and have tribal harmony, and I believe this bill does that. The tribes were on the record saying that, and with all the money marked for the school-aid fund, this does that. The evidence out there is that this doesn’t hurt the lottery at all.”

Show me the money

At issue is Whitmer’s apparent concern that any kind of internet or mobile gaming will take money and patrons from the Michigan state lottery. Proceeds from that are earmarked for the school-aid fund. While Iden has spent the better part of four years negotiating with stakeholders — from operators to tribal interests — last year, an 11th-hour veto came courtesy of outgoing Governor Rick Snyder.

BIG news right here for Michigan. Potentially setting up showdown with governor, who could veto the sports betting bill. We'll see what happens in the Senate.

Because Michigan’s legislature runs on a two-year cycle, when Snyder vetoed, Iden had to start from scratch, and for the last 10 months, he has reworked, renegotiated and redesigned his bills.

By Wednesday, he and Speaker of the House Lee Roberson Chatfield felt they had enough votes to move forward. The strategy was to strike while there was momentum, and leave as much time as possible for more negotiation in the Senate.

“I’m looking forward to more engagement in the Senate,” Iden said. “I’ve always been open to negotiation, and I still am. I am not looking for a veto.”

If either bill gets to Whitmer’s desk and she chooses to veto, Michigan requires a two-thirds vote in both chambers to override a veto, according to Michigan.gov. The House is currently short of that. Last year, the legislature didn’t have a chance to even consider an override vote because Snyder vetoed the bills after the session had closed.

Iden’s counterpart in the Senate is Democrat Curtis Hertel, and he’ll shepherd the iGaming and sports betting bills through the upper house with hopes of making enough changes to get Whitmer on board. A key difference this year is that each bill stands alone, while last year, they were tied into a bigger package. There are only a handful of session days remaining before Thanksgiving and nine in December. Hertel will have more time this year than he did in 2018, when the iGaming package got approval in both chambers in the waning days.

At this point, Iden has aligned all the major players — the professional sports leagues, tribes, and operators. He was able to bring the professional leagues on board by adding a data mandate to the sports betting bill earlier this week. The tribes, he says, are mollified by the variable tax rate. For sports betting, the current bill calls for an 8.75 percent tax on gross sports betting revenue, plus an existing 3.25 percent for the three Detroit city casinos. For iGaming, Iden said, there is something of a sliding scale, meaning that the smallest tribes could pay as little as four percent. Potential operators may not like the current tax rate or data mandate, but have shown in Pennsylvania, which has a 34 percent tax rate, that they’ll play ball.

With the #SameOldLions trailing 19-0, it makes me wish all the more that Sports Betting was legal in Michigan. The #Lions would be making me RICH! Gretchen Whitmer pledged to sport legalizing sports betting. Sign a bill in Week 1 of your administration to END POVERTY IN MICHIGAN! pic.twitter.com/pf72nZXmv6

“We continue to have revenue concerns regarding the bills’ negative impacts on the school aid fund,” Whitmer’s spokeswoman Tiffany Brown told the Associated Press Wednesday. “The administration has taken every meeting we’ve been invited to regarding this legislation and will continue to work closely with the bill sponsor, tribal leadership and stakeholders to attempt to address our concerns.”

Representatives from Whitmer’s office reportedly offered up suggested changes to the gaming package before the vote on Wednesday, including increasing the tax rate for mobile sports betting and daily fantasy to between 10-11 percent. Whitmer’s office also offered up revised and different tax rates for everything from online table games to online slots.

Iden says he’s a little confused — with the 8.75 percent sports betting tax rate plus the 3.25 percent additional tax in Detroit, his bill calls for an effective tax rate of 12 percent for the three biggest casinos in the state.

Mobile must be tethered

Though Iden’s sports betting bill is essentially a mobile-only bill, it does allow for sports betting at existing casinos in Michigan. Iden said the bills only allow for licenses for existing properties, and that mobile sportsbooks must be tethered to physical ones. If both bills pass, each physical casino would be entitled to just one skin for sports betting, and one separate skin for other iGaming ventures.

In the end, as in Illinois, politics is playing a key role in shaping what sports betting will look like in Michigan. Earlier this year, Illinois legalized with a data mandate and a 15 percent tax rate. The new law in Illinois was part of a giant capital bill, and some in the industry call it “not the best,” in part due to the mandate and high tax rate.

Lawmakers in both states initially resisted paying the professional leagues — whether through a royalty or a data mandate. But Illinois became the second state behind Tennessee to legalize with a data mandate, and Michigan is now headed down the same road.

“We had the votes, and we felt that after 10 months of negotiating and getting all the stakeholders except the governor on the same page, it was time,” Iden said of the vote on Wednesday. “My goal has been to get this signed before the end of the year, and that’s still my goal.” 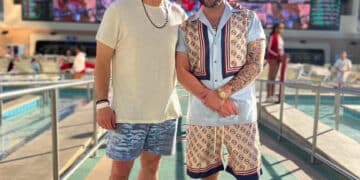 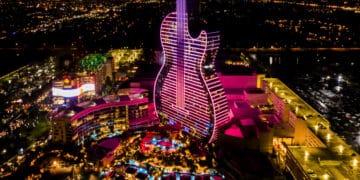