Which other sportsbooks are moving in and how competitive will the market be? 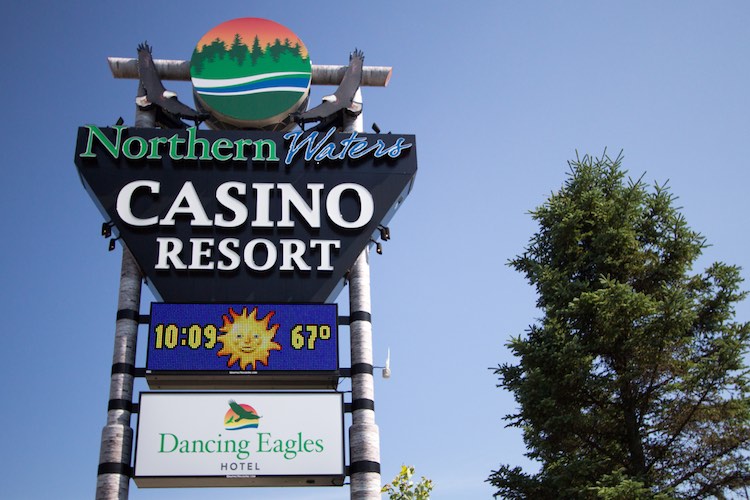 Sign for the Northern Waters Tribal Casino and resort in the Upper Peninsula of Michigan. The casino resort is owned by the Lake Superior Tribe of Chippewa (Shutterstock)

The Michigan sports betting map began to populate on Monday following a pair of announcements about partnerships between sportsbook and online casino operators — and federally-recognized tribes operating gambling facilities in the state of Michigan.

Those sportsbooks are PointsBet and FOX Bet (via The Stars Group), both of which have made significant inroads across the U.S. since the Supreme Court struck the federal ban on full-fledged sports wagering outside Nevada in May 2018. In late December, Michigan Governor Gretchen Whitmer signed the Lawful Sports Betting Act and a pair of other gaming bills, which together will usher in legal, regulated sports betting into Michigan, as well as legal online gambling and poker.

The Australia-headquartered PointsBet, which offers a technologically smooth sports betting app and also opened the company’s first brick-and-mortar sportsbook in 2019, in Iowa, has turned some heads with traction gained and pace of its U.S. growth. PointsBet is currently active with operations or has access deals to launch in Colorado, Iowa, Illinois, Indiana, and New Jersey.

The Stars Group (TSG), meanwhile, sunsetted its earlier sportsbook brand BetStars in favor of FOX Bet, following a May 2019 partnership between the broadcasting and gaming companies. The FOX Bet sportsbook is now effectively BetStars but rebranded with Colin Cowherd and other FOX Sports figures’ faces on it.

What’s this development mean for bettors looking for legal sports betting outlets in Michigan and stakeholders as well? Let’s take a look at some background and what’s ahead.

PointsBet entered into an agreement “to provide online and mobile sports wagering and gaming to be rolled out statewide,” in conjunction with the Lac Vieux Desert Band of Lake Superior Chippewa Indians, which owns and operates the Northern Waters Casino Resort on its reservation in Watersmeet, Mich. According to the press release, PointsBet will pay to LVD online sportsbook and online gaming “market access fees” as well as a portion of the net gaming revenues derived from the online sportsbook and online gaming operations. Those figures and terms were not disclosed.

For TSG to access the state of Michigan, it struck a deal akin to PointsBet’s with the Little Traverse Bay Bands of Odawa Indians Gaming Authority. The Odawa agreement gives TSG “first skin market access,” according to a presser, for sports betting, iGaming, and poker.

The legalization of online sports betting and iGaming had long been anticipated in Michigan, and desired by numerous gaming industry stakeholders given Michigan’s top-10 U.S. population of nearly 10 million. In late 2018, the legislature passed bills legalizing sports wagering, but lame duck former Governor Rick Snyder vetoed the measure on his way out.

It took another round of heavy lifting, but Michigan’s legislature got it done late in the 2019 session and from what we’ve gathered, did have the blessing of at least some of the federally-recognized tribes in the state. In Michigan and many states with significant tribal gaming presences, concerns over exclusivity and a reluctance to reopen their compacts has triumphed over the potential upside of adding legal sports betting.

The point is, proposals and conversations between operators have been ongoing throughout 2019 and continue now with greater urgency as 26 casinos in the state, 23 of them owned and operated by tribes, decide how to capitalize on their access to online “skins” — or brands.

The number of opportunities in the state is actually smaller than 26, as each tribe —  there are 12 — and each commercial operator (there are three) will be able to offer one online sports betting product, as opposed to one brand per property. Under the law, each tribe can engage one partner apiece for each of online sports betting, online casino, and online poker play.

Which other sportsbooks are coming to Michigan? 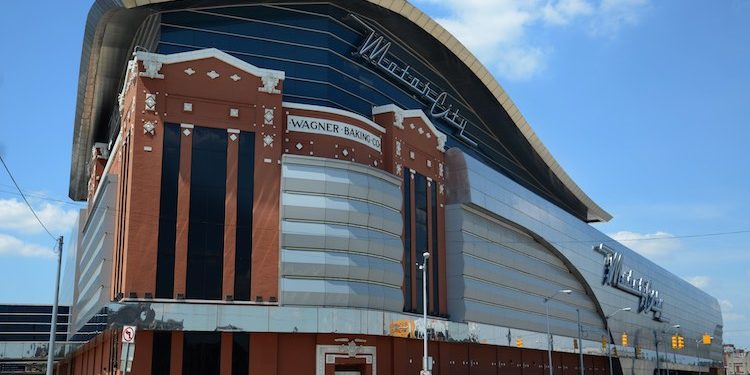 Good question. Given the relatively limited availability of skins — compare with New Jersey and Nevada where each casino can have three apiece — each will command more. Perhaps a greater cut of revenue or up front market access fees.

One of the other Michigan tribes weighing its options is the Nottawaseppi Huron Band of Potawatomi, owner-operator of the FireKeepers Casino Hotel in Battle Creek, Mich. Per a report last week in the Battle Creek Enquirer, Jim Wise, vice president of marketing at FireKeepers, “said they have begun negotiations with a sportsbook, and the partnership could be announced as early as [this] week.”

Who might that be? We should know soon, but anticipate they’ve at least heard pitches from one or all of Churchill Downs (BetAmerica Sportsbook), DraftKings Sportsbook, FanDuel Sportsbook, Rush Street Interactive, and/or William Hill, which are all active in several other states.

As DraftKings recently secured a huge capital infusion through its merger that will take the company public, it’s an exceedingly safe bet that DK will find a partner to go live in Michigan.

Likewise for FanDuel Sportsbook, which can point to its massive success and volume of bets generated in other states, thanks in large part to its voluminous existing player user base. (Note that following a blockbuster deal in October, in which The Stars Group announced that Flutter Entertainment was set to acquire it, meaning FOX Bet and FanDuel Sportsbook would be under the same control, as Flutter had previously swallowed up the FanDuel Group.)

BetMGM, by MGM, which is also now partnered with Yahoo! Sports, is definitely coming to Michigan. In fact the “Moneyline Sports Lounge” already opened at the MGM Grand Detroit in October 2019 in anticipation, and may be the site of the first legal sports bet in Michigan.

PointsBet and LVD are also in negotiations to build a retail sportsbook at the Northern Waters Casino Resort, located on the tribe’s reservation in Watersmeet.

Penn National Gaming has a valuable skin in Michigan, too, as the new operators of the Greektown Casino-Hotel in Detroit; recall hat Penn National already negotiated access to various states, Michigan included, in another 2019 deal. It’s possible theScore Bet will get in through that deal via Greektown, but probably more likely that Penn National launches its own branded sportsbook (and iGaming platforms) powered by Kambi, which recently began divorce proceedings with DraftKings, which is merging with supplier SBTech to keep things in-house.

It’s a bit harder to predict what way the other commercial casino will go. That’s the MotorCity Casino Hotel, owned by Ilitch Holdings, the company established by the Ilitch family, which also owns the Detroit Red Wings and Detroit Tigers. But there’s a clue — the MotorCity’s partner sportsbook may go to a group already familiar to those two pro sports leagues, which would be DraftKings and FanDuel. But we presume that both of the DFS-turned-sportsbook operators and others are shopping around for the best deal they can get.

All operations online and systems at brick-and-mortar sportsbooks across the state will at some point have to pass muster during testing phases in accordance with forthcoming regulations by the Michigan Gaming Control Board, which the law tasks with regulatory oversight

“After four years of hard work, I’m happy to see Michigan enter the modern era of gaming,” Michigan Representative Brandt Iden told Sports Handle after his bill passed at the end of 2019. “We’ll have a safe, regulated environment for thousands of Michigan residents who for years have been forced to travel to other states or play on risky offshore sites.”

And it’s taking shape quickly, with a possibility that sportsbooks will be up and running, at least brick-and-mortars, in time for the state of March Madness.