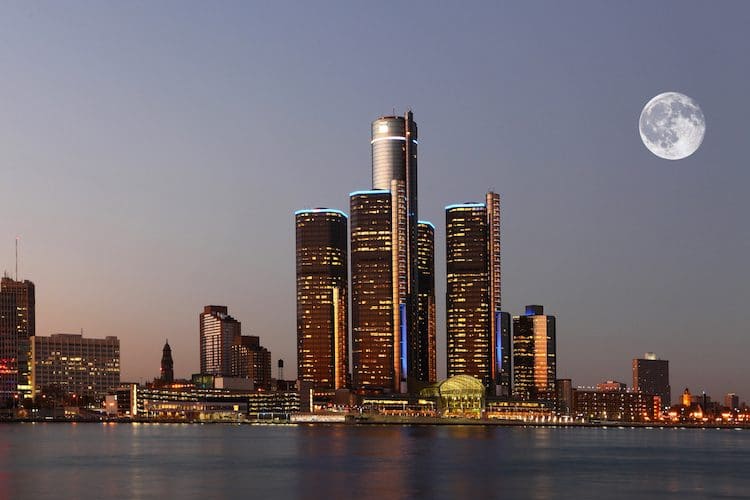 In mid-September, Michigan lawmakers decided to put sports betting on hold until the state legislature got its budget squared away. That happened late on Sept. 30, and while lead sports betting champion Brandt Iden hasn’t had a hearing since early in the month, he’s still been negotiating and dealing on sports betting.

Sports Handle obtained a copy of the latest proposal, “Draft 2, Substitute for HB 4916,” which Iden, a member of Michigan’s House of Representatives (R-District 61) will substitute for HB 4916 when the issue next comes up in the House Ways and Means Committee. The draft is similar to the filed bill in many respects, but a key change is that it is no longer tie-barred to iGaming and is, Iden said, effectively an internet sports betting bill. By removing the tie bar, mobile and internet sports betting can move forward on its own, without Michigan lawmakers legalizing iGaming.

That said, Iden’s goal is to legalize both.

“This would allow for one to be passed and the other to not, but my intent is to pass both of them,” Iden told Sports Handle. “I am not going to change my strategy.”

Another key difference is a section regarding tribal gaming that essentially says that Governor Gretchen Whitmer would allow the addition of Class III gaming to tribal pacts, and that the state faces a penalty if she does not renegotiate the pacts.

If a tribe makes a request under this subsection within 60 days after the effective date of this act, the governor shall allow the addition of sports betting as a Class III gaming game under the applicable compact.

The addition of this language is representative of Iden’s continuing negotiations with local tribes, which dominate Michigan gaming. In particular, this language applies to a handful of tribes that negotiated pacts in 1993. Those pacts do not include Class III gaming or sports betting.

“In order to accommodate (those) tribes, sports betting has to be included,” Iden said.

But is Whitmer on board? Iden sure hopes so. He said that while he hasn’t talked with the governor directly about sports betting in general or this issue in particular that he’s been told that the governor has told the tribes that “she does not have a problem with this.”

In terms of the tax rate, this latest iteration of the bill still contains an 8 percent tax rate on gross sports wagering revenue, which would be favorable to potential operators, but does extend an existing 3.25 percent tax on casino revenue for Detroit-based casinos to sports betting, bringing the effective rate in Michigan’s biggest city to 11.25 percent. Iden said the 3.25 percent Detroit tax was always on the table, but it appears in the new draft of the bill because the tie bar was removed.

That number is higher than Iden had been aiming for, and what stakeholders consider manageable. Whitmer has been pressing for a 15 percent tax rate.

Kicking can down the road on ‘official league data’

Among the other notable parts of the draft:

No state has yet attempted to establish the meaning of “commercially reasonable.”

After a brief hearing in early September, the bill is currently in the House Ways and Means Committee, and Iden is hoping to move the bills forward later this month, preferably after he’s talked with Whitmer.

Noticeably absent from the bill is any mention of bricks-and-mortar sportsbooks, but Iden is clear that he believes that physical sportsbooks could open in Michigan with little legislative action (tax issues must be sorted out), and that his goal all along has been to get things moving on the online/mobile side.

Should Michigan legalize sports betting under the original or latest bill, it would usher in state-wide mobile sports betting, one sports betting skin per licensee, and wagering on college and professional sports. Bettors would have to be 21 years or older.