To legal sports betting hopefuls in Michigan, Christmas came early in 2019, specifically on Dec. 11, the last day of the state’s legislative session of the year.

Specifically, the law allows for legal mobile/online sportsbooks “tethered” to commercial venues with casino licenses operating in Detroit, likewise for the 12 federally-recognized tribes located in the state, which operate a combined 23 casinos. That just means legal online sportsbooks need to have a deal or partnership with a licensed casino property — and not just anyone can begin taking bets online.

Sports betting was one part of a three-fer iGaming package in late 2019. Another bill formally legalizes daily fantasy sports (HB 4308) and establishes certain rules and consumer protections, while an iGaming bill (HB 4311) allowing for online casino and poker also passed.

The first sports bets were placed in early March 2020 at a trio of Detroit casinos, MGM Grand, MotorCity Casino and Greektown Casino, but the excitement was short-lived. Retail casinos were forced to temporarily close their doors due to the COVID-19 global pandemic just a few days later.

Now with increased urgency, the state’s focus has turned back to online sports betting. Initial projections estimated online sites to launch in early 2021, but due to the unprecedented circumstances that COVID-19 has created, it could now happen much sooner.

Follow the progress of sports betting implementation in Michigan by checking back to this page often.

It’s been a tough start for sports betting in Michigan. On March 11th and 12th MGM Grand Detroit, Greektown Casino and MotorCity Casino all took their first retail sports bets, with plenty of additional books ready to follow. March Madness 2020 was going to kick off the state’s fledgling industry, but due to public health concerns over the COVID-19 pandemic the tournament was cancelled and casinos were temporarily forced to close their doors, placing a hold on sports betting.

While we don’t know exactly when commercial casinos will be able to re-open or what changes will be implemented to keep patrons safe, the industry is on the way back. Governor Gretchen Whitmer has mentioned July 4th as a potential target date for commercial gaming facilities, with a maximum 15% capacity. Detroit area casinos have already stated that they will be ready once they get the go-ahead.

On the other hand, many of Michigan’s tribal casinos are already back in business. Regulated by their own gaming commission instead of the state, they did not fall under the Governor’s stay-at-home order. Some facilities have been welcoming guests, with increased precautions, since as early as May 29th. Additional safety measures include decreased capacity, mandatory temperature checks, additional cleaning, plus all staff are required to wear masks and gloves.

Michigan lawmakers are looking into fast tracking the launch of online sports betting from early 2021 to a possible new start date of Fall 2020. Regulators and casinos would need to agree on a set of rules that could then be sent to the Governor as “emergency rules”, which would expedite the process. Initially, Gov. Whitmer disagreed with using the emergency rules protocol, but with the state facing a $1.5-plus billion budget deficit, and the economy on hold, there are strong indications that it could happen.

Senate Bill 969 was introduced in late June with the goal of hastening the state’s online gaming rollout. If passed, all of Michigan’s federally recognized tribes and commercial casinos would be automatically considered to hold an iGaming license until health officials deem that social distancing is no longer necessary. This would move the timetable for online betting, casino, and poker forward significantly, with an October or November debut now a seemingly realistic possibility.

Due to scheduling it’s unlikely that SB 969 will see movement before September. We’ll keep you posted.

The Michigan Gaming Board oversees implementation of the state’s sports gambling operations, both online and for brick-and-mortar sportsbooks at each of the state’s 26 total casinos.

While the market won’t be as expansive as in New Jersey or Indiana (where each property can run up to three online “skins” or brands), this setup opens the door to plenty of popular sportsbooks, including the DFS-turned-sportsbook behemoths DraftKings Sportsbook and FanDuel Sportsbook, which can now legally operate their daily fantasy games in the state due to a bill that’s part of the iGaming package.

One of the largest casinos in Detroit is the MGM Grand which makes BetMGM a shoo-in for sports bettors as well. BetMGM in 2019 also partnered with Yahoo! Sports for various offerings and cross-promotion.

Several deals have been announced involving tribes and sportsbook (and iGaming) operators with which they have partnered. They are:

PointsBet entered into an agreement “to provide online and mobile sports wagering and gaming to be rolled out statewide,” in conjunction with the Lac Vieux Desert Band of Lake Superior Chippewa Indians, which owns and operates the Northern Waters Casino Resort on its reservation in Watersmeet, Mich.

FOX Bet is the sportsbook offered by Canadian-based The Stars Group (TSG), probably best known for its PokerStars brand. The company pulled the plug on BetStars in favor of FOX Bet following a May 2019 partnership agreement between the broadcasting and gaming companies. The FOX Bet sportsbook is similar to BetStars, but rebranded with Colin Cowherd and other FOX Sports figures’ faces on it.

One of the world’s largest sportsbooks, William Hill, is coming to Michigan through a partnership with the Grand Traverse Band of Ottawa and Chippewa Indians. The primary William Hill retail sportsbook in the state will be located at the Turtle Creek Casino & Hotel in Williamsburg, with a secondary satellite location at the Leelanau Sands in Suttons Bay.

Among the first wave of retail sportsbooks opening their doors in March 2020, FanDuel will operate both the online and retail sportsbooks for MotorCity Casino in Detroit. FanDuel seems to dominate any market they enter and have seen great success in Pennsylvania, New Jersey, and Indiana.

BetMGM is the online gambling wing of MGM in the U.S., and Michigan will be no different. Their retail sportsbook took its first bets in early March 2020, and we suspect their online sportsbook will be among the first to go live as well.

Other sportsbooks that are likely (or near certain) to enter the state through similar partnerships:

On June 22, 2020, FireKeepers Casino in Battle Creek became the first tribal casino in the state to launch a retail sports betting facility. Its Dacey’s Sportsbook, which offers betting kiosks in addition to a staffed window, is also the first sportsbook to open in the state of Michigan since COVID-19. While FireKeepers has yet to announce an online gaming partner, its retail operation is powered by Scientific Games. The resumption of retail betting is a big step for Michigan. 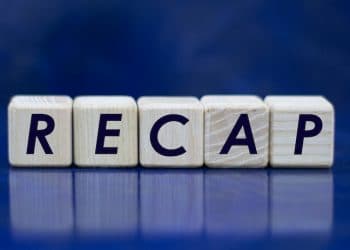 Around the horn in sports betting news this week as Michigan's online timeline comes into focus, California efforts hit brick wall, and more. 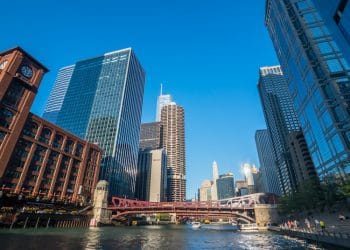 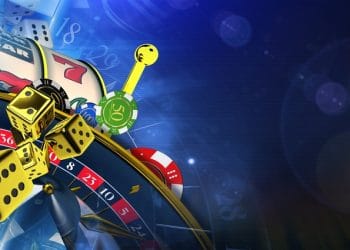 Michigan Gaming Control Board Pulling Out All Online Stops For Sports Betting, iGaming

The Michigan Gaming Control Board is trying to accelerate the state's online gaming access to help plug an expected revenue gap.

Lawmakers worked with the governor and industry participants to ensure HB 4916, the sports betting portion of the approved iGaming package, laid the groundwork for a successful and profitable sports betting operation. This includes an acceptable tax rate for all parties.

Key components of the Lawful Sports Betting Act include:

The tribes’ participation in negotiations makes Michigan unique, whereas in other states, such as Connecticut and Minnesota, lawmakers have found their attempts at legal sports betting thwarted by tribes standing by long-held compacts and concerns over exclusivity.

In 2018, the tribes in Michigan paid $53.4 million in gaming proceeds to the state which is substantially more than the $20 million in fees and taxes sports wagering is projected to bring in annually. Because of that, their participation and cooperation in negotiating the final legislative package was crucial.

How old must you be to bet and are there any other restrictions?

Sports bettors must be 21 years old to place a bet.

As for other restrictions, the regulations will have to address the conflict of interest regarding MotorCity Casino Hotel owned by Marian Ilitch, part owner of the Detroit Red Wings. The casino will likely not be able to take bets on the Red Wings.

A similar conflict has been avoided when Cleveland Cavaliers owner Dan Gilbert, who was owner of the Greektown Casino-Hotel, sold to Penn National Gaming for $1 billion in late 2018.

Is sports betting available at retail outlets, such as convenience stores?

No. Only at licensed online sites and commercial or tribal retail casinos.

From where can bettors place a wager?

All sports bets need to occur within the Michigan state lines and will be managed by geo-targeting technology.

Yes. In-play wagering is one of the most exciting aspects of online sports betting, where you can bet on every pitch, every down, and every stroke with constantly updating odds as the action unfolds.

How can I deposit and withdraw money for my online account?

Although methods may vary from one sportsbook to another, Michigan online sportsbooks in general will offer a number of viable depositing and withdrawal methods, including:

Just as many states did, Michigan got serious about legalizing sports betting soon after the U.S. Supreme Court ruling that overturned the Professional & Amateur Sports Protection Act. With that reversal in May 2018, states beyond Nevada could make sports betting available to its residents.

In late 2018 a package of iGaming bills hit the desk of then-Gov. Rick Snyder for his signature. In one of the last acts of his administration, ending because of term limits, he vetoed the legislation that would have brought sports betting to Michigan sometime in 2019.

Snyder said he rejected the bills mostly due to “unknown revenue implications.” In a news release he said that he believed sports betting needed more study and comparison with other states with similar legislation before it should be legalized.

Snyder was succeeded in office by Gretchen Whitmer, a Democrat, on the record as being supportive of wagering on sports. Despite that, she, too, threatened to veto sports betting and other iGaming legislation in October 2019, fearing the legislation would seriously impact and diminish the state’s lottery revenues which support the state’s education fund.

Iden and State Sen. Curtis Hertel Jr. (D-East Lansing) pressed forward with revamping the iGaming package, expressing frustration over Whitmer’s suggestions to double taxes and license fees on gaming and sports betting. Late into the legislative session, Whitmer and her staff agreed to come to the negotiating table, reaching a compromise on the iGaming measures including setting taxation rates with assurances the school fund would be viable and protected.

In this case, taxes on sports betting went down and iGaming taxes increased. In the internet gaming legislation, House Bill 4311, taxes are tiered from 20 percent to 28 percent depending on a venue’s gross receipts.

After overwhelmingly passing both chambers, Whitmer signed on Dec. 20. On March 11, 2020, the first retail sports bets were taken at MGM Grand Detroit and the Greektown Casino. MotorCity Casino opened its sportsbook the very next day. Be sure to check back often with SportsHandle for all the latest news and information on Michigan sports betting.