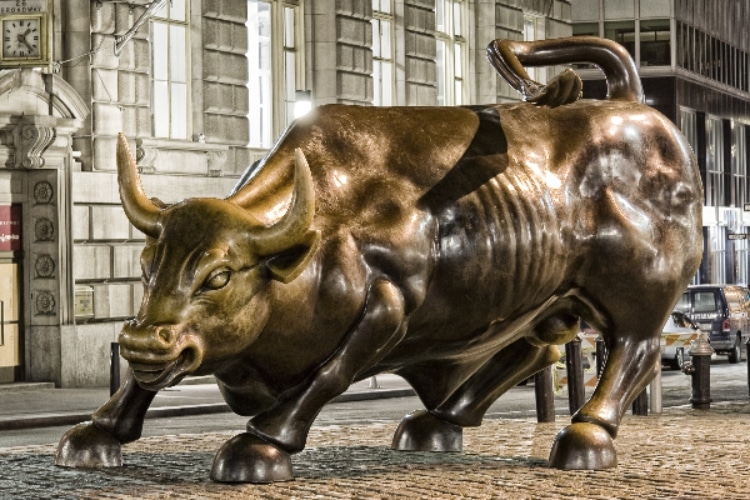 Not a lot surprises Chad Kornett when it comes to the explosive growth of legal sports wagering, but even he was taken aback by the numbers he began tracking when New York launched online sports wagering Saturday morning.

Kornett, the vice president of government relations with GeoComply, said the early numbers were like nothing he’d ever seen. By 10 a.m. Saturday, an hour after four operators were able to offer online wagers, more than 300,000 bets already had been placed in New York, per GeoComply data.

“It’s almost like they were sitting there waiting for the first minute of the legal market to open,” Kornett said. “Usually, you see minutes turn into hours and it ramps up slowly. True to New York culture, they were on time and ready to go. By 9:01, it was on.”

It wasn’t just the first hour that saw action either, of course. By Sunday at midnight, the number of bets had mushroomed to 17.2 million, per GeoComply, which contracts with operators to ensure gamblers are within state borders when placing wagers in that state. That volume eclipsed the next-closest state’s opening, that of Pennsylvania, by a factor of two-and-a-half, Kornett said.

The concentration of bets also took Kornett a bit by surprise. Of that 17.2 million, 8 million (or 47%) were placed from within the five boroughs of New York City. The population of New York City (8.8 million) is roughly 46% of New York State’s population, but its land area accounts for less than 1% of the state. Kornett said the data indicated that a large concentration of those NYC wagers were in one neighborhood: the eastern section of Midtown Manhattan, home to a large number of sports bars.

The past weekend was due to be a high-volume betting period with several compelling games on the slate in the NFL’s final regular-season action. Kornett said it’s too early to tell how much New York’s heavy action cut into that of other states, due to the generally high volume nationally and because GeoComply doesn’t get data on where the accounts are registered. It has been estimated that 20% or more of New Jersey’s action, for example, had been coming from New Yorkers crossing bridges or navigating tunnels to place bets.

Some experts have wondered whether that commute will continue to some extent, with the sportsbooks and their customers affected somehow by New York’s high 51% tax rate on online sports betting revenue. The tax rate in New Jersey is 13%.

“I think we will see a significant percentage change there,” Kornett said of the reduction in betting commutes taking place. “I just don’t know yet what that exact percentage is.”

BetRivers, Caesars, DraftKings, and FanDuel all launched their online operations in New York Saturday morning, while five other licensed operators are expected to be up and running by the Super Bowl.

As might be expected, the NFL dominated New York’s action. BetRivers said about 49% of its mobile action in New York on Day 1 was from bets on the NFL, followed by the NBA and college basketball, which collectively accounted for 28% of the action. Next up were soccer and hockey. 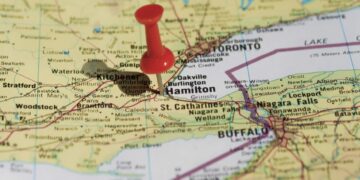 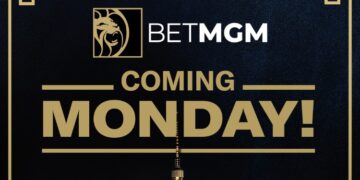