Amended bill passes out of committee, though it's clear changes are coming 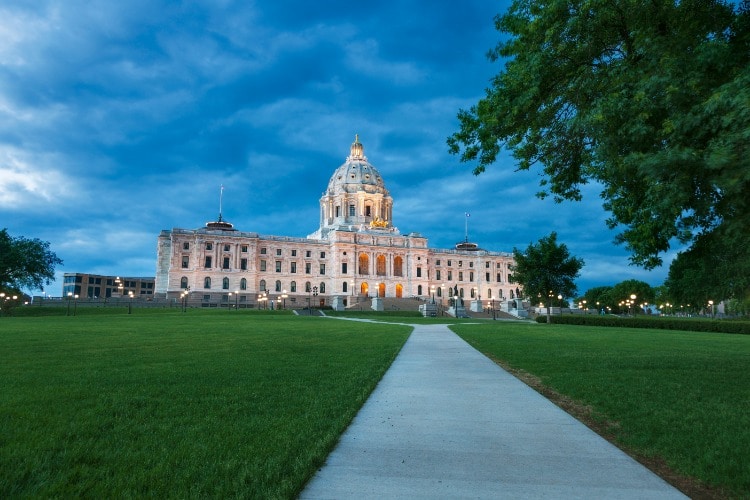 A Minnesota House committee on Wednesday took a baby step and moved a bill that would allow for statewide mobile sports betting with the tribes, for the most part, in control. The House Commerce, Finance, and Public Policy advanced HF 778 by a 14-4 vote. Those who voted against the bill were mostly concerned about setting the legal age at 18 and the idea of putting a “hand-held sportsbook” in the hands of teenagers.

At the start of the meeting, Committee Chair Zack Stephenson introduced a “delete-all” amendment, which essentially is a new version of a bill. The amendment was not immediately available online, but according to Stephenson, it would allow for retail and digital wagering with a “reasonable” tax rate for digital betting, has the support of the state’s 11 Indian tribes, would direct some percentage of tax revenue to fund youth sports and enforcement, and would direct 40% of tax revenue toward problem and responsible gaming programs. It appears that retail wagering on tribal lands would not be taxed, but that the tribes have agreed that digital wagers will be.

Stephenson’s comprehensive amendment passed easily, but four other amendments failed, all on Stephenson’s recommendation that his colleagues vote against them.

MN Rep ⁦@zackstephenson⁩ talks to media about bipartisan House bill to legalize sports betting in Minnesota.. this will include an mobile electronic option as well as in person at tribal casinos, all operated by tribal communities. pic.twitter.com/mQIqCH5cXv

Discussion around the in-person registration requirement was fairly limited. Stephenson pointed out that most states no longer require it, and those that did at some point, including neighboring Iowa and nearby Illinois, have abandoned it.

Of the age limit that would allow sports betting at 18, Stephenson said he’s not opposed to raising it but would also like to consider “ideas to give 18-to-21-year-olds access to the legal market and betting controls.”

Tribal rep says MIGA is on board

Several witnesses testifying during the virtual hearing were opposed to legalized sports betting, or as Ryan Hamilton from the Minnesota Catholic Conference called it, “anytime, anywhere gambling.” But likely the most interesting development was that Andy Patto, the executive director of the Minnesota Indian Gaming Association, essentially spoke in support of the bill, which requires digital operators to partner with tribes. The state’s 11 existing tribes have long been against an expansion of gaming, but Stephenson apparently did his homework, and should the bill survive with tribal exclusivity, Patto says his group will support it.

"The lead sponsor… said Monday that he’s confident that the state’s Native American tribes will drop their longstanding opposition and let it become law because it would put them in control."

One representative from a local harness racing track asked for tracks to be included in the bill, but lawmakers had no questions and it’s unclear if they will entertain that option. In California, where a group of operators are trying to get digital sports betting onto the November ballot, multiple proposals would allow for wagering at horse tracks, and in Illinois, several racetracks are up and running with retail and digital sportsbooks.