U.S. Bank Stadium, home of the Minnesota Vikings, will host Super Bowl LII on February 4, 2018, an event that local officials believe might cause a spike in sports wagering in the state. The trouble is that sports betting is not legal in the state though lawmakers have previously made efforts to change that.

In response to an expected increase in sports betting, state officials plan to ramp up enforcement against illegal sports betting, using undercover agents as part of its efforts. The state makes an exception for private, social bets with friends and family but plan to crack down on “organized betting” or illegal offshore betting, according to CBS Minnesota. Watch here about the Minnesota Department of Public Safety’s presentation:

“If you are giving or accepting money or something of value and you’re paying out prizes, it’s going to be illegal,” said special agent Terry Kelley. Establishments where betting occurs may face legal penalties, reports Martin Moylan of Minnesota Public Radio News.

Kelley acknowledges that some citizens don’t know the laws and others simply don’t care about them. Kelley said:

“They say, ‘Hey it’s not the crime of the century. Nobody’s getting hurt. Why do you bother with it?’ … But one of the biggest reasons why sports wagering is illegal is because it has no consumer protection. How do you know that what you’re doing is fair? How do you know that if you win, you’re going to get paid? “

Meanwhile, one state representative, Pat Garofolo, said he has plans to introduce legislation that would legalize sports betting in Minnesota. Garofolo:

“We want to have it safe, regulated, and fair. Sports gambling is taking place in Minnesota, especially with the Internet. A lot of this money that’s being wagered is going overseas, where there are no consumer protections. It’s not being regulated.”

Until such time, Minnesotans, that sports betting becomes legal and regulated with consumer protections: beware of that friendly mustachioed man in the bar eager to give you favorable odds on the Monday Night Football game. 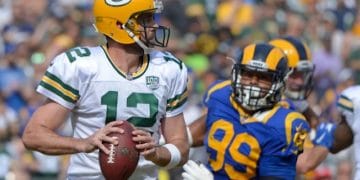 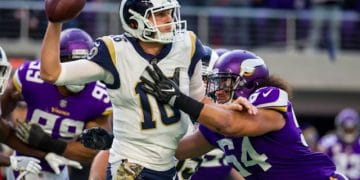