Minnesota Proposal Will Call For Only Retail Sports Betting In First Year, Then Online With In-Person Registration

Bill hasn't been filed yet, but it will require in-person registration and won't allow for mobile/online betting until second year 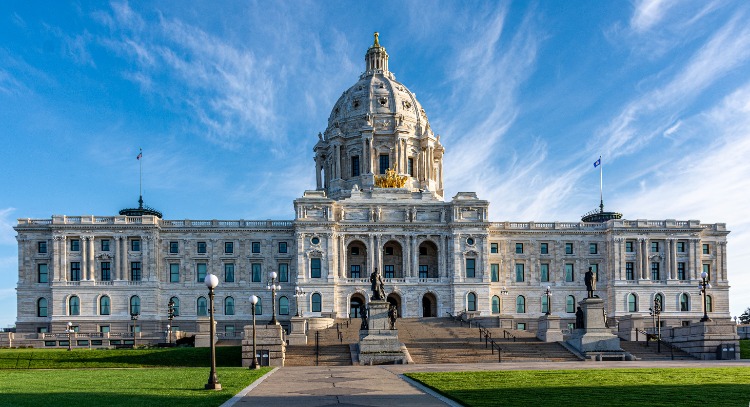 Just three weeks into 2021, lawmakers in at least 15 states have filed legislation related to sports betting. Minnesota may become the next. Sen. Karla Bigham late last week tweeted plans to introduce a bill, but multiple media outlets are already writing that Bigham’s bill won’t stand a chance. Why?

There are two key reasons — Bigham (DFL), and Rep. Pat Garofalo (R) are members of the minority party in their respective chambers, and tribes in Minnesota aren’t in much of a hurry to offer sports betting. There are currently 11 federally recognized tribes operating 19 casinos in Minnesota.

According to KSTP Channel 5 News, the legislature’s four key leaders weren’t in favor of legal sports betting when asked during a Chamber of Commerce forum. Leadership support has been critical to the passage of legal sports betting in every state that has legalized since the Professional and Amateur Sports Protection Act was overturned in 2018.  Republican Sen. Roger Chamberlain introduced a sports betting bill in 2020, but he hasn’t indicated he will do so this year.

Beyond that, Minnesota’s tribes traditionally have not embraced the idea of statewide mobile sports betting. In 2019 they wrote a letter to the governor that included this sentence: “The Minnesota Indian Gaming Association continues to oppose the expansion of off-reservation gambling, including the legalization of sports betting.”

That view hasn’t changed despite bills being introduced in both 2019 and 2020.

“The members of the Minnesota Indian Gaming Association remain opposed to any and all expansion of off-reservation gambling,” John McCarthy, executive director of the association, said in a statement, according to the MinnPost.

An analysis of Bigham’s proposal by the Senate’s Counsel, Research, and Fiscal Analysis staff reveals it would attempt to honor the tribes’ desire for no off-reservation wagering in the first year and would allow for betting at tribal casinos and racetracks. The proposal includes a 6% tax on gross gaming revenue for retail wagering and 8% for mobile/online, following one year during which sports wagering could only take place at physical sportsbook locations. It would allow for betting on college and professional sports, and a new Sports Wagering Commission would be created to regulate sports betting.

When Bigham does file, it appears her bill will require patrons to register in person at a casino to open an online account. After that, digital operators tethered to either a casino or racetrack could launch online platforms, though it appears in-person registration would still be required. Within the industry, that provision is generally considered a negative and is said to limit handle and, ultimately, potential tax revenue. In the midst of the COVID-19 crisis and restrictions, Illinois Gov. J.B. Pritzker used an executive order to remove the in-person registration requirement and allow patrons to sign up for sports betting accounts on their mobile devices and computers.

Bigham’s draft doesn’t specify how much application fees would be or how long a license would be good for, nor does it mention the use of official league data or a royalty to the professional sports leagues.

Bigham, who apparently is an avid sports bettor, told the MinnPost that her bill is designed to continue the conversation about sports betting in Minnesota.

“The objective is to keep people at the table and talking,” she said. “I didn’t want to introduce something that put people in their corners.

“Sports wagering is flagrantly done publicly by myself and others but it is not legal. So why criminalize it? Let’s shine some light on it, let’s put some parameters around it and if the state makes a buck or two along the way, good for us.”

@PatGarofalo and I are going to give this a try this year. We shouldn’t be the last state and we will be better than Iowa! 😁https://t.co/d72jh30VH3

Since PASPA was overturned two-and-a-half years ago, two of Minnesota’s border states — Iowa and South Dakota — have legalized some form of sports betting, and a legal sports wagering bill was filed in North Dakota earlier this month. In Iowa, statewide mobile sports betting is legal, and it’s likely that Minnesotans are driving over the border to take advantage. On Nov. 3, South Dakota voters legalized sports betting that can take place only in Deadwood, and lawmakers are currently in the process of setting up the framework.

As of Wednesday afternoon, Bigham’s bill had not been filed.