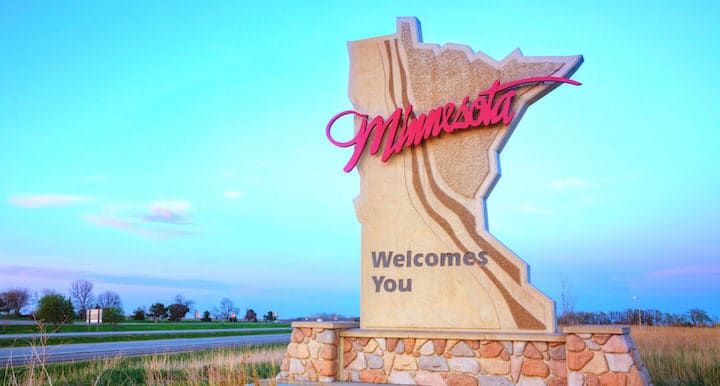 What do Twinkies, HoHos and sports betting have in common? According to Minnesota State Senator Roger Chamberlain (R-District 38), all three are options available on the smorgasbord of life, and consumers should be entitled to choose whether to eat a Hostess snack cake or place a sports bet … or not.

“It’s a profession, it’s entertainment, people have opinions about sports, just like they have an opinion about what they are going to have for dinner or whether they are going to eat Twinkies or HoHos,” Chamberlain said in opening remarks to the Senate Tax Committee.

And so it went Thursday morning as the committee voted, 5-2 (with one pass and two absent) to move forward SB 1894, a bill that would legalize sports betting on tribal lands as well as two horse racing tracks in the state. The bill will now go to the Senate’s State Government Committee as it begins its march to the Senate floor.

Hearing focused only on financial issues

Thursday’s hearing was on financial issues only, not any sort of referendum on whether or not senators support the concept of sports betting. That said, Chamberlain called no witnesses, but there were three who testified in opposition to the bill — John McCarthy of the Minnesota Indian Gaming Association, Jake Grassel of the Citizens Against Gambling Expansion, and Anne Krisnik of the Joint Religious Legislative Coalition.

Minnesota’s 11 tribes are concerned that introducing mobile sports betting, specifically, will not only cut into business at their brick-and-mortar facilities, but also requires a renegotiation of the tribal-state compacts, something the tribes are not enthusiastic about. In January, a representative from the group sent a letter to state lawmakers that unequivocally stated their opposition. McCarthy reiterated the points Thursday.

“The tribes have invested in their brick-and-mortar facilities,” he said. “They are the economic lifeblood of reservations. … An issue I have not heard discussed is the bill’s mention of taxes for tribes. That is not something authorized by the federal government.”

McCarthy went on to admit that there are workarounds when it comes to taxing the tribes, as is the case in many states, including Connecticut and Michigan, where tribes pay a percentage of gaming revenue to the state. And Chamberlain, the bill sponsor, was quick to say the the tax rate was in the bill because it also includes horse racetracks, and the he “doesn’t necessarily” disagree with the tribal point of view. The upshot is that all sides seem to agree that this bill — or any other — needs some work when it comes to the tribes. But Thursday’s hearing was focused on the amount of tax and other fiscal issues, so the tribal-state compacts and other concerns are on hold and will likely be addressed in a broader discussion. The bill does call for a renegotiation of the compacts.

“If the tribes take part, and I hope they do, many people will see it as an accessory to what they already offer,” Chamberlain said. “The tribes would have to enter into a (new) compact with the state. We would suggest revenue sharing in a new compact. But there are two horse racing facilities in this, and they would be subject to regular tax.”

The proposed tax rate is 6.75 percent on adjusted gross revenue, the same as Nevada. Sports betting would not be subject to any other state taxes, though there is the 0.25 percent federal excise tax, as well. Chamberlain has his eyes wide open and understands that Minnesota won’t see enormous revenue from sports betting. The goal is just to, as he stated in his opening remarks, offer options to consumers.

A Senate committee takes its first crack at a bill legalizing sports betting in Minnesota.

Lots of questions from lawmakers.

Republican Sen. @rcchamberlain1 says he thinks this could be a $2-3 billion industry in the state. #mnleg pic.twitter.com/I5vBnC0czQ

Among the other witnesses, Grassel said the bill is “not a good financial situation” for the state, and reviewed the perils of not just a gambling expansion, but of adding mobile. In Minnesota, .5 percent of gaming revenue is earmarked for problem gambling issues and services, and SB 1894 calls for the same amount. Krisnik also voiced opposition, saying “serious concerns about the social costs, and the very clear financial costs as well” citing a 2008 U.S. International Gambling Report that revealed that it costs the government $3 in social welfare spending for each dollar that gambling generated as well as studies from Australia and Spain backing up the financial costs of sports betting as well as an increase in the the number of young people who became addicted to to gambling, mobile in particular because of its accessibility.

Chamberlain’s bill is one of two sports betting bills in Minnesota. Representative Pat Garofalo (R-District 58B) introduced HB 1278, which would allow for tribal sports betting only, on Feb. 18. It was referred to the House Commerce Committee, but does not yet have a hearing date.

The Minnesota Legislature has about two more months to consider sports betting, as the session concludes on May 21.