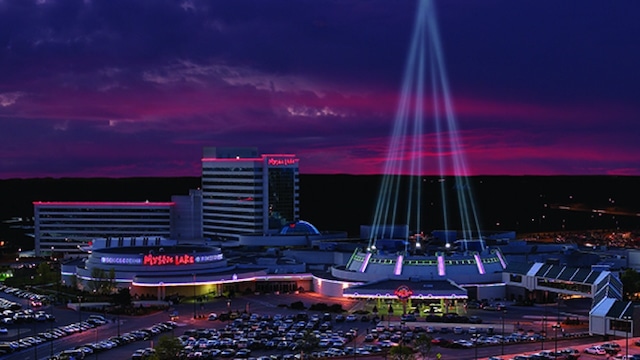 At the start of the NFL season, Minnesota House Representative Pat Garofolo (R-District 58B) said that he planned to introduce a bill allowing legal sports betting in Minnesota. It’s not here yet but getting closer.

An increasing number of “gaming states” have seen the introduction of such measures in recent months, but in each state the hurdle for implementation remains the 1992 federal law banning sports betting outside Nevada. That law is PASPA (the Professional and Amateur Sports Protection Act), which is currently under review in the United States Supreme Court in the case Christie v. NCAA. In that case, New Jersey is battling the NCAA and the major pro sports leagues over PASPA’s constitutionality.

Now here’s Garofolo on Sunday responding to a Twitter user who identifies as a “former Vegas oddsmaker & bookmaker.”

Minnesota House Representative Teases Forthcoming Sports Betting Bill, Says “I Got This” And Indicates That Passage Is Likely

Stakeholders likely include officials at the state’s nearly 20 Native American casinos, in addition to sports leagues and the Minnesota Department of Public Safety. Garofolo indicated that if tribal casinos are opposed to moving forward with sports betting, the forthcoming bill probably will not survive.

That’s a more conservative approach than in West Virginia, New Jersey, Delaware, Pennsylvania and a handful of other gaming states promulgating rules and regulations in advance of a Supreme Court decision. But each state has unique commercial interests and infrastructures to reconcile.

The Minnesota legislature will reconvene on February 20, but taking Garofolo at his word, Minnesotans shouldn’t expect to see particulars of the bill until April or May, when the high court is likeliest to announce its decision.

Back in September 2017, Garofolo expressed his rationale for legalizing sports betting.

“We want to have it safe, regulated, and fair,” he told Minnesota Public Radio. “Sports gambling is taking place in Minnesota, especially with the Internet. A lot of this money that’s being wagered is going overseas, where there are no consumer protections. It’s not being regulated.”

Around that time, Terry Kelley, a special agent with the Department of Public Safety’s Alcohol and Gambling Enforcement Division, announced that law enforcement officials would be cracking down on illegal gambling. Kelley is expecting an uptick with Minnesota set to host Super Bowl LII on February 4. That game could be historic if the Vikings defeat the Philadelphia Eagles on Sunday and become the first NFL team to play in the championship in its own stadium.

Garfolo also has not been shy to criticize another state eyeing sports betting: Indiana. Last week Minnesota House representative Alan Morrison (R-District 43) introduced a gaming bill that includes a provision for an “integrity fee,” which would send sports leagues 1% of all wagers placed on their games.

Morrison’s bill came after discussions directly with NBA and MLB officials. To have their input at all for an actual piece of sports betting legislation is truly groundbreaking, considering that it sports betting is still illegal federally.

But the “integrity fee” provision has been met with criticism, including from gaming law expert I. Nelson Rose who broke down the numbers and potentially crippling impact of that tax.

The so called “integrity fee” for pro sports leagues will NOT be part of Minnesota’s Legalized Sports Wagering Bill. Non negotiable. https://t.co/B8rINF5LNG

If nothing else, the Indiana bill will provide guidance to all the other states looking to move forward with sports betting.

Finally, a reminder that this really happened, which prompted Garofolo to change his avatar to Stefon Diggs: 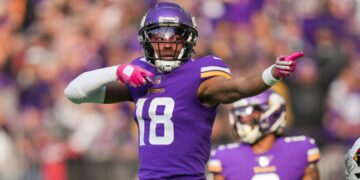