March Madness accounted for $24.9 of $32 million of write in March 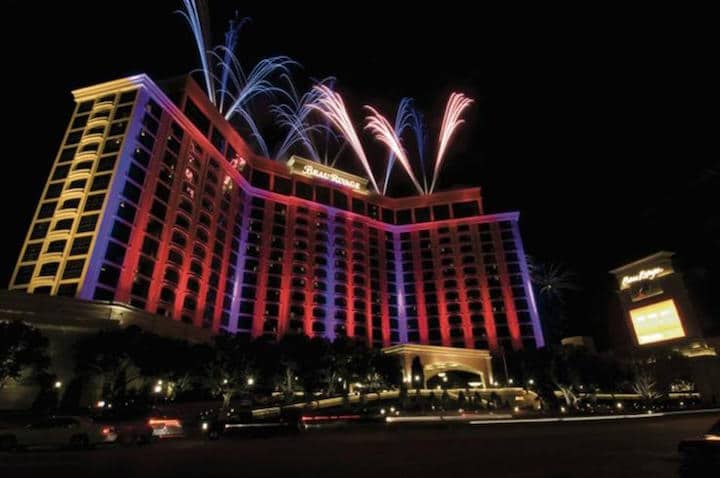 With the NFL season completely over but basketball dominating at Mississippi sportsbooks, the state saw an increase in betting handle and hold in March. According to the Mississippi Gaming Commission’s March revenue report, Mississippi sportsbooks wrote $32.4 million in sports betting tickets and had a 15 percent hold, resulting in $2.5 million in taxable revenue, all of which were big reversals compared to February.

March Madness was a key driver in March, creating enough excitement that bettors placed $24.9 million in basketball bets, the most on basketball since sports betting started last summer. Parlays collectively were a distant second in terms of handle with $4.28 million bet, followed by “other” at $2.33 bet and baseball at $700,000.

In February, Mississippi was among the states that took a loss on the Super Bowl, and handle was $25.1 million, the lowest since football season started. After bringing in $9.8 million in handle in August, when sports betting launched, Mississippi sportsbooks have had a handle of $31.8 million (September) or great for six of the last seven months. Yet…

New Jersey is currently the only state outside of Nevada with an active mobile landscape, and according to state revenue reports, mobile sports betting accounts for up to 80 percent of revenue.

In other words Mississippi, hasn’t yet sniffed the market’s full potential.

According to revenue numbers provided by the Mississippi Gaming Commission, the Coastal Region, home to about half of the state’s sportsbooks along the Mississippi Gulf Coast, had a 13.77 percent hold overall, and 13.35 percent for basketball.

Unlike Delaware and New Jersey, which use cash accounting systems, where futures bets are included in handle, Mississippi is using an accrual system like Nevada does, and futures bets are held out of the total.