Taxes, promotional write-offs, and an 'off-site user fee' all remain points of discussion 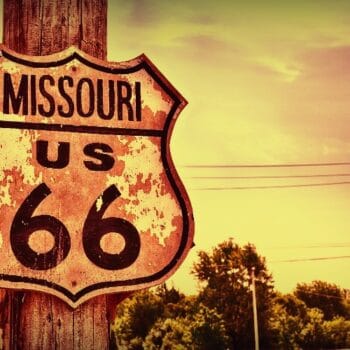 A Missouri House committee consolidated, amended, and moved forward sports betting legislation Wednesday, but not before making clear that more compromise around problem gambling, the tax rate, and an “off-site user’s fee” would need to take place.

A pair of bills, HB 2502 and HB 2556, that have the support of major stakeholders including casinos and professional sports teams, were consolidated into HB 2502 in the House Special Committee on Public Policy. An amendment was added that would double the commitment for problem and responsible gambling funding to $500,000 from $250,000.

Amendment 3, sponsored by Rep. Ben Baker, passed the committee, which then passed the consolidated bill, 4-2-1, sending it to the House floor. Ahead of the vote, committee Chair Scott Cupps said he would defer his vote unless there was a tie, and Vice Chair Dottie Bailey said she’d vote for the new bill, but didn’t promise she’d support it on the House floor.

“It is too soon to take this vote,” Bailey told her peers. “But if you throw enough tantrums in this building … and money talks,” she said, while clearly suggesting that fellow lawmakers had been swayed by lobbyists and campaign contributions. “I think we need more time to talk this through.”

Sports betting has been a contentious issue in Missouri since 2018, when the federal Professional and Amateur Sports Protection Act was overturned. In the past, bills linking sports betting with video lottery terminals have stalled in the Senate, but this year, on the House side, at least, the issues and interest level have changed. A consortium of casinos and professional sports teams crafted legislation that was set for a vote on Monday, but was then taken off the agenda.

“Clearly there is more work to do in Missouri, and it is up to the industry to help legislators understand the benefits of sports betting and how it works,” consultant Brendan Bussmann told Sports Handle. “Based off of committee comments, clearly some legislators need clarity on how this would work.”

Sources told Sports Handle that House leadership forced the committee’s collective hand and all but demanded a vote on Wednesday. But the committee was clearly hesitant. In addition to other concerns, Cupps also addressed the limited number of digital platforms that would be available, should sports betting be legalized.

The legislation currently allows for three digital skins, or platforms, per retail casino, with a cap of six per company. Penn National Gaming (Barstool Sportsbook) and Caesars each own three properties and would get six skins each under the proposal. Boyd Gaming (FanDuel), Century Casinos, and Affinity Gaming each have two retail properties and would also get six skins, while Bally’s has one property and could get up to three skins. Six more skins would be earmarked for the sports teams.

“I personally think the bill needs work” on problem gambling issues, Cupps said ahead of the vote. “And we potentially need to look at the tax rate if we are going to open this Pandora’s box. We need to look at licenses — they are going to be a golden ticket — not right now, but [in the future.] To limit the number of licenses like we have, the ability to be able to sell or lease them, they will be of insane value.

“And what about rural Missouri? They have no teams, no casinos, but their residents will be betting and creating a funnel of money going right to other counties.”

Brianne Doura-Schawohl, a national consultant on the topic of problem gambling, said of the committee’s attention to it: “I applaud the chairman and Rep. Baker for taking a strong stance on this important public health issue prior to legalization. More work needs to be done before passage, and I’m hopeful that Missouri will finally remedy some of the shortcomings of their problem gambling deficit in the state.”

Doura-Schawohl said that while up to 40 states allocate 37 cents per person for problem and responsible gaming programs, Missouri currently allots 3 cents.

Here’s a look at the issues Cupps brought up:

I want to “revisit the off-site fee,” Cupps said. “Rural Missouri wants some crumbs — their words, not mine.” Cupps said he has heard (presumably from operators) that it’s not feasible to track a user fee. He termed it a “fallacy,” however, to believe that companies with technology to enable in-game betting would be unable to figure out how to charge and disburse such a fee.

That said, how to track where a bet originated and then tax it has come up in other states. In Arizona and Connecticut, digital sports betting went live throughout both states but not on Indian reservations, because the states and operators weren’t sure how to trace where a bet came from and whether to tax it (bets on tribal lands aren’t taxed by the state in either case). The solution could ultimately be multiple servers — one on reservation and one off. The idea of putting a server in every county doesn’t seem to be a plausible solution for Missouri.

Bailey suggested the user fee and an increased tax rate during a hearing last week.

The issue of how to handle promotional play is also key for operators, who often offer big promotions when states go live. For example, Caesars offered $3,000 in “free bets” during recent launches in both New York and Louisiana. In most states, those bonuses don’t count toward gross gaming revenue, meaning the operators don’t have to pay taxes on them.

In most states, the tax rate is assessed on gross gaming revenue, and in some states, funds for problem gambling or other funding are linked to GGR. As sports betting has proliferated, states and some stakeholders have seen potential funding drop as promotional play is not counted in the total.