Get A Grip: The Week In Sports Betting: All The OHs: MO, CO, OH 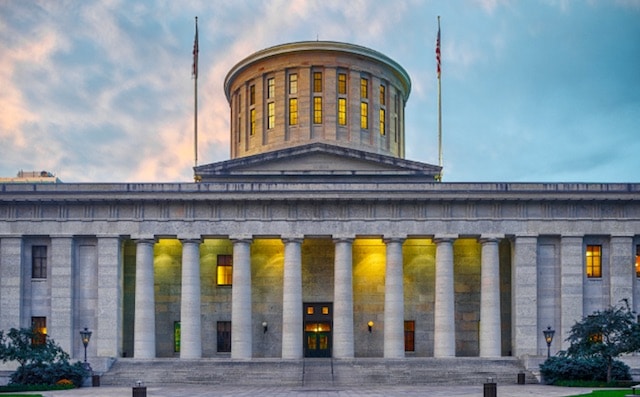 Major League Baseball on Thursday suggested that it would invest more in Missouri if lawmakers agreed to include a royalty or “integrity fee” when they propose the legalization sports betting next year. Representatives from MLB, the NBA, the PGA Tour, NHL Players’ Association and NFL Players’ Association were among those who testified  before the Special Interim Committee on Gaming. It is at least the second informational session lawmakers have held in the last two weeks, and continues a discussion that started in the Missouri General Assembly nearly two years ago.

During his testimony Thursday, Jeremy Kudon, speaking on behalf of MLB, the NBA and the PGA Tour lobbied for the use of “official league data” and an “integrity fee.” No state with legal sports betting has approved such a fee to the pro leagues, though both Tennessee and Illinois included mandates requiring licensed operators to use official league data in their laws.

Kudon suggested Missouri lawmakers consider an off-the-top payment to leagues in the amount of 0.25 percent of handle. Although Kudon and the league have unilaterally lowered this ask in Missouri and across the nation, he is calling it a “negotiation.”

Mo. House Gaming Committee…..MLB/NBA/PGA rep has dropped requested "royalty" fee from 1% to .25%. He said, "This is the last time you'll see the leagues negotiate against themselves."

Kudon went so far as to say that said that paying the professional sports leagues would give Missouri “an edge” over other states. And, sounding a lot like he was channeling NBA Commissioner Adam Silver, Kudon essentially said the pro leagues deserve a piece of the pie just for being.

Missouri has done plenty of talking over the last few years, but has been slow to take action on sports betting. Since the Professional and Amateur Sports Protection Act was overturned in 2018, four of Missouri’s eight border states have legalized or launched sports betting and two others will seriously consider it in their 2020 sessions. The committee aims to provide a report to the Missouri Speaker of the House by the end of November and it’s expected that sports betting bills will be filed for the 2020 session.

Committees in both the Senate and House heard from sports betting stakeholders this week as they continued their education on the topic. In the Senate on Wednesday, the General Government and Agency Review Committee heard from representatives from geofencing company GeoComply as well as potential operators Jack Entertainment, Penn National Gaming and MGM Resorts International in a hearing for SB 111.

All three operators spoke enthusiastically in favor of state-wide mobile while Adam Suliman of Jack Entertainment and Ayesha K. Molino of MGM additionally made the argument for a “full suite” of sports betting options. Translation? Neither company wants to see the college carve-out that has become part of the law in other states, including, most recently, Illinois, become reality in Ohio. In written testimony, Molino wrote, “There is no question that collegiate athletics is extremely popular and in-play wagering increasingly so. If legal, regulated operators cannot provide these products, consumers will go where they can get them.”

Eric Schippers of Penn National lobbied for the law to allow sportsbooks only at existing gaming venues.

On the House side, the Finance Committee on Thursday heard from two opponents and one proponent of HB 194, including C. Todd Jones of the Association of Independent Colleges and Universities. Jones argued against sports betting voicing concerns that it could grow to include club sports, meaning that bets could placed on the “average student.”

“For anyone in this room to say that the public should be allowed to bet on your average student student is insane,” he testified. Jones was essentially asking for a college carve-out, and there was a heated discussion between him and the committee.

The major point of disagreement between the respective chambers is which body would have regulatory authority over legal sports betting: the House version would put the Ohio Lottery Commission in charge, while the Senate version would task Casino Control Commission with regulation.

OFF LIMITS: Iowa’s Board of Regents moving to prohibit employees from betting on Iowa, Iowa State. [AP]

SIGN ME UP: The Illinois Gaming Board says it will release license applications in December. [SunTimes]

CAUSE FOR CONCERN?: Should New Jersey’s big numbers have Las Vegas worried? [MarketWatch]

DOWN FOR IT: Mohegan Sun’s The Downs could be first sportsbook in Lehigh Valley, PA. [MorningCall]

BEER AND A BET: Gaming attorney says in-stadium wagering is on the horizon. [CDCGaming]

WEEKEND AT BERNIE’S: What will happen to the shell of Deadspin now? [Intelligencer]

I PICK ME: Tiger Woods selects himself for Presidents Cup. [ESPN]

PREDICTING UPSET: No. 1 LSU hoping to give Alabama first home loss since 2015. [SI]

ON THE MOVE: N.C. town gears up for change as Panthers prepare to move into town. [TheHerald]

METS TICKETS: NYC will reportedly offer enticements to get freed inmates to go to court. [CSBNY]

Battle in the Black Hole!

Raiders outlast the Chargers 26-24. Oakland has a real chance at 7-4 with the Jets and Bengals being their next 2 opponents.

U.S. lottery leaders make case for their role in sports betting, too.

‘It made me sick’ – NY lawmaker on September sports betting dollars flowing into New Jersey.