Casinos, sports teams would all have digital platforms under the proposed legislation 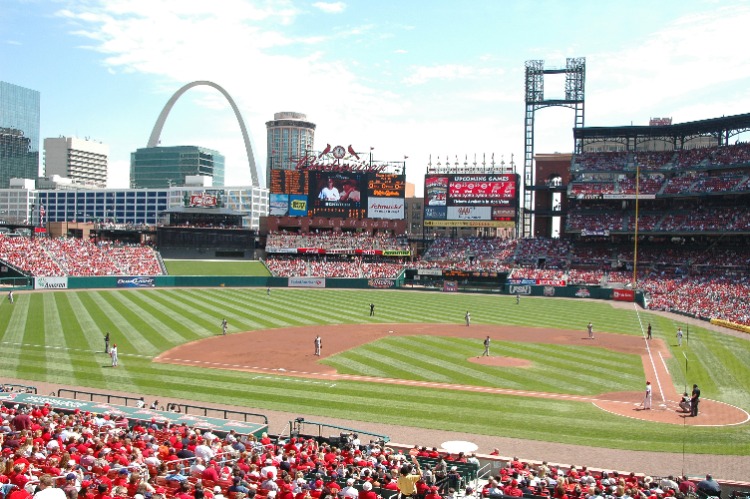 Six Missouri pro sports teams and existing casino operators in the state came to an agreement Wednesday to back sports betting legislation that would allow for statewide mobile wagering tethered to existing gaming locations. The agreement is the first of its kind in the U.S., where operators and professional franchises will be walking in lockstep in an effort to get a sports betting bill legalized.

According to an industry source, the MLB St. Louis Cardinals and Kansas City Royals, NHL St. Louis Blues, MLS St. Louis City Soccer Club, NFL Kansas City Chiefs, and National Women’s Soccer League Kansas City Current will each be entitled to a skin or mobile platform under the agreement, but not a retail location.

Casino operators would be entitled to three skins, or digital platforms, per retail property, with a cap of six skins. Penn National Gaming (Barstool Sportsbook) and Caesars each own three properties, and under the agreement, they would each get six skins. Boyd Gaming (FanDuel), Century Casinos, and Affinity Gaming each have two retail properties, and Bally’s has one. Six more skins would be earmarked for the sports teams.

The proposal sets the tax rate at 10% and would include an official league data mandate.

A look at the bills

Bally’s is BETTING ON WOMEN in this sponsorship and market-access agreement with the largest, longest team deal in the history of women’s sports. pic.twitter.com/ntm8HKATOP

Missouri lawmakers have been trying to legalize sports betting nearly since the Supreme Court overturned the Professional and Amateur Sports Protection Act in 2018. Sen. Denny Hoskins has been at the leading edge of the charge, though he has traditionally linked video lottery terminals (VLTs) s and sports betting. Ahead of this session, Hoskins filed two bills — one that includes VLTs and one that does not. In both versions, the Missouri Lottery would be the regulator.

As part of the pro team-casino proposal, an industry source said, the coalition agreed to oppose any bill that includes legalized video lottery terminals.

Sen. Dan Hegeman and Sen. Tony Luetkemeyer will carry the pro team-casino operator proposal in the Senate, and both have filed bills reflecting the agreed-upon framework. Hegeman’s SB 1046 and Luetkemeyer’s SB 1061 call for a $50,000 application fee for retail licenses and $100,000 for digital licenses, allow for a “sports district” around any professional venue, name the Missouri Gaming Commission as the regulator, allow for the use of official league data on Tier 2 bets, and set the tax rate at 10%.