Interim committee could use report as basis for legislation in 2020

Following five hearings on sports betting, members of Missouri’s House Special Interim Committee on Gaming are poised to share a report on their findings with the full House.

Though the unofficial report offers no overt recommendation, the committee believes “the legalization of sports betting as a legitimate opportunity to increase state revenues and to direct such revenues in a manner similar to the Missouri Lottery and casino gaming so that the bulk will help to fund education. By 2020, 18 states will have implemented such gaming and Missouri would likely lose revenue if it does not remain competitive with the other states.”

The report is currently being circulated around the capitol in order to get signatures of all committee members. Once that happens, it will become “official.” The special committee concluded its review on the feasibility of legal sports betting statewide, according to a Dec. 1 letter submitted to House speaker Elijah Haahr.

The report offers much of the same information that lawmakers across the country are learning — sports betting can offer a viable, new source of revenue, states considering legalizing should be aware of the potential issues that sports betting can cause, and new technology, like geofencing and GPS make it possible to identify customers and their locations.

In the “Findings” section of the report, the committee acknowledges its interest in mobile sports betting, but is unsure what entity would be the best regulator. The committee recommended the Missouri Lottery, the Gaming Commission or a new agency as valid options for regulating sports betting, while emphasizing the need to avoid unnecessary competition among state agencies.

The report also briefly addressed the issue of legal sports betting and the professional sports leagues. The committee is “cognizant of the issues,” and believes such concerns should be addressed in any “legislative action,” according to the report.

The report will serve as the basis for another sports betting bill in Missouri. Representative Dan Shaul is the chair of the interim committee, and according to his office, Shaul will file sports betting legislation for the 2020 session. The pre-filing window opened on Dec. 1, and so far, two bills have been pre-filed, SB 567 by Senator Denny Hoskins, and SB 754 by Senator Tony Luetkemeyer. Both bills allow for state-wide mobile, call for royalties to be paid to the professional sports leagues and the NCAA, and include a data mandate. The session opens Jan. 8.

The report also covers the proliferation of “grey machines” that are in competition with Lottery kiosks, and suggests that legislative regulation of such machines should be considered. Judicial resolution of the “grey machine” issue is unlikely prior to late 2021, according to the report. 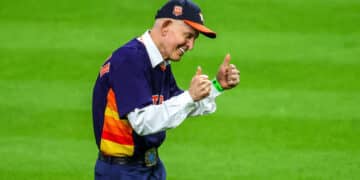