As in numerous other states examining the possibility of authorizing the kind of full-fledged sports wagering that’s only now legal in Nevada, testimony from various stakeholders answered some questions and raised quite a few more. But it does appear after this hearing that Missouri may arrive at a bill agreeable for all parties that could pass both chambers before the session concludes on May 18.

“This [bill] is a framework for discussion” Representative Justin Alferman (R-61), Budget Committee Vice-Chairman, said of his proposed HB 2406, to conclude the nearly four hour hearing. “No bill that any of us have is set in stone.” 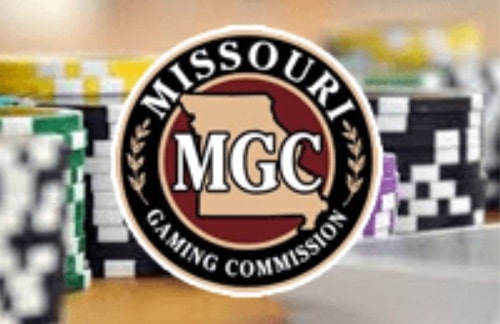 The hearing saw testimony from representatives sponsoring the respective three bills — Rep. Dean Plocher, Rep. Bart Korman and Rep. Alferman — as well as from casinos operators in the state and MLB’s Bryan Seeley, Senior Vice President of Investigations and Deputy General Counsel, who has become a fixture at sports betting hearings nationwide.

Here’s a (somewhat) brief synopsis of the discussion on each of the bills:

The bill would grant leagues a “sports betting right and integrity fee” of 1% of all sports wagers, which amounts to approximately 20-25% of sportsbook revenue (a figure later debated). It also gives the leagues control over data that sportsbooks could use to grade wagers as well as the right to restrict which types of wagers sportsbooks may offer to patrons.

(a) A recurring question concerned exactly who would be paying the leagues their cut. Seeley, testifying in favor of this bill, repeated the point that it would be casino operators, not the state, and therefore Missouri’s educational funds would not be impacted. Seeley said: “We’re not taking money from Missouri classrooms, we’re asking for money from Missouri’s casinos.”

This depends on how the Gaming Commission structures payments. Does the state take its 12% based on gross gaming revenue before the casinos are forced to pay leagues a cut? Or does the league cut come first, thereby reducing the state tax revenue, in which case, yes, MLB pockets get fatter at the expense of new textbooks. Even in the former structure, less casino revenue indirectly means less money to casino vendors and fewer casinos employees.

On this point, Seeley repeatedly pivoted back to the notion that the states can tax casinos at whatever rate they want. Of course, but that’s totally separate issue.

(b) Regarding Nevada’s model.

"If [Nevada] has a poor model, why has MLB made no effort in 50 years to change that model." – MO lawmaker says to MLB's rep.

You can watch that exchange here. (Note that Seeley says they’re now engaging Nevada in conversations about sports betting.)

Seeley also suggests, as the NBA’s Scott Kaufman-Ross did in Connecticut on Monday, that sportsbooks in new states could/would produce much higher margins that the approximate 5% that Nevada sportsbooks generate:

Seeley explaining "integrity fee" now. "There's a debate about the sports book margin." Seeley says as low as 2% (in Kansas) and some overseas "more mature markets" higher than 10%, particularly for in-play betting. Says "5% is low but NV has pretty low margins."

(c) Along the same lines:

(d) Along similar lines, and a frequent point raised in other statehouses. The basis point is that, aren’t the leagues already benefiting from sports wagering?

Seeley says… yes. More engagement may lead to more revenue. Now says they're not sure they want America's Pastime associated with gambling. They're family friendly he says.

(e) Mike Winter of the Missouri Gaming Association addressed the issue of granting leagues an effective monopoly on data. Plocher’s bill would grant leagues full control of what sportsbooks may use to grade wagers of all kinds.

Winter: "Regarding operators and requirement to use data/stats/results from league. Mandating purchasing of information from governing body or enticing of their choosing. You're essentially giving a sole-source contact that we'd be mandated. Cause of great concern."

As pointed out by Professor Marc Edelman yesterday, MLB and its fellow leagues simply cannot enforce this legally. Lawmakers granting them such right would run contrary to established law. This could possibly set up a legal challenge by (potential) casinos and state operators:

News flash to state legislators: sports league owners don't have an intellectual property right in independently-gathered game statistics. You can cite to NBA v Motorola (Statrax), CBC v. MLBAM, or event this tweet if you like. #SportsLaw

(2) On Rep. Korman’s bare-bones bill (HB 2320) that would confer the authority to establish rules and regulations on sports wagering to the Missouri Gaming Commission.

This was a quicker discussion. Rep. Korman said that the one-page bill would give “flexibility in the regulations to come.” It doesn’t address a tax rate. If this were to become the bill to advance in Missouri, it seems Korman’s colleagues would want to beef it up a bit with some consumer protections, a tax rate and some language addressing mobile wagering.

Seeley testified against this (also on behalf of NBA and PGA), stating that they want the legislature to make decisions on sports wagering, not regulators. “We prefer expertise of policymakers rather than to deferring to regulators.”

(3) A third bill, HB 2406, introduced by Rep. Alferman, would alter the definition of  “gambling game” so that “sports wagering is considered a game of skill.” The bill also allows for currently licensed gambling boats to apply for sports betting certificates, outlines the cost of application, and calls for a 6.25 percent tax on sports wagering revenues.

And then the conversation went back to Nevada.

(a) “What I am trying to do here is to not reinvent the wheel” Alferman said. The great things about states in our country we have 50 examples of how to do things appropriately.”

“We have an example in our country of Nevada, which has doing sports gaming for over 50 years. What I have done with 2406 is take most of the regulations that the state of Nevada has and try to parse them up and apply them to Missouri statutes. Setting a framework of how it shall be operated, setting a comparable tax rate, and also making sure we give the authority to regulate to Missouri Gaming Commission, which has been operating pretty flawlessly since 1992 when we first installed gaming.”

Note: Alferman said they would revisit the rate rate. Nevada’s is actually 6.75 percent. Other representatives appeared receptive to the need to be competitive with other states on this, but also noted that Nevada is a different ballgame, and thus Missouri might tick the the number higher.

(b) Alferman’s colleagues noted a number of potential hiccups in the bill, which prompted the Representative to note that “No bill that any of us have is set in stone.”

But this one appears to be the closer to the “just right” middle ground between Plocher’s and Korman’s bills. Alferman noted the volatility and disparity in margins between casinos table games, noting that sports betting payouts are “on a game that his not decided by chance but as a game of skill.”

“If we want to be competitive we need to have competitive rates” Alfterman said. “If  [federal law allows] Illinois and Kansas are going to have sports betting. If we set a rate higher than them, our two main population centers will go across the border.”

(c) One issue with the bill? It would allow mobile sports betting only on premises of licensee casinos.

“If you can’t have all the millennials betting on your phone, it seems you would lose a lot of revenue” one lawmaker noted.

“We’re not going to vote on a bill that doesn’t include the mobile component” Alferman said. “We would change it.”

Those damn millennials. Another issue that came up, as it has in other states: Would they allow patrons to sign up remotely, or require them to go into a casino to do so? At present, it appears Missouri would favor the latter. But one lawmaker noted that the geographical location of casinos is such that this would be a deterrent to capturing the entire market.

That is correct. It would be incredibly foolish to require in-person signups in a state where potential patrons would have to drive several hours to go sign up. Geolocation technology exists — the same used by DraftKings for daily fantasy sports in about 18 states now —  that makes remote sign ups simple and safe. By failing to embrace this, any/very state is inviting more potential patrons to remain in the black market.

(e) Seeley again opposed based on a lack of “basic integrity protections in the bill.” and a lack of reporting requirements. At the end of the hearing, Alferman vehemently opposed this testimony, pointing to page 11 of his bill, which indeed outlines requirements for reporting any abnormal or suspicious wagering, although not specifically in conjunction with the league(s).

And that’s a wrap. There’s momentum and a desire in Missouri to implement sports betting, but a looming May 18 deadline. With the possibility that the Supreme Court rules on April 30, perhaps that’s the impetus to speed Missouri to the finish line in time.