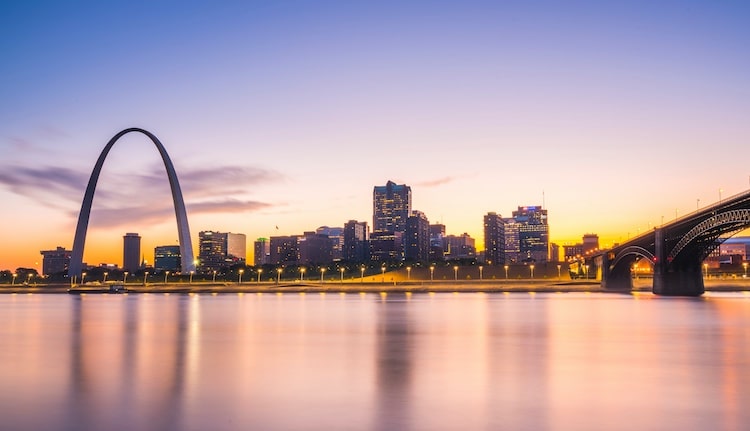 Missouri State Representative Dan Shaul really wants legal sports betting in his state. In a perfect world, that would mean mobile and retail sports betting in a “trustworthy” environment, and he says just about anything in his HB 2088, which was sent to the House floor last week, is open to negotiation.

“I dream of a sports betting utopia where people can have fair, trustworthy bets that are regulated, so if my mom bets on what commercial is best liked during the Super Bowl, she is treated fairly,” he told Sports Handle Monday. “I think mobile betting is a must.”

HB 2088 calls for state-wide retail and mobile sports betting with the mobile piece being tethered to a bricks-and-mortar sportsbook. Sports betting would take place via kiosk and the Missouri Lottery would be the regulator. The bill also deals in large part with video lottery terminals.

The bill calls for a 9% tax on gross gaming revenue, and does include a mandate for the use of “official league data,” but does not include an “integrity fee” or royalty. Two other bills, one each in the Senate and House, do call for a payment benefiting professional leagues and the NCAA. No state with legal sports betting has yet included an integrity fee — a cut off the top of handle — and Shaul doesn’t see the need for it in Missouri, either.

“I think from my point of view, the integrity fee, we don’t need it,” he said. “No other state has it and there are other ways we keep MLB and the other sports leagues happy without an integrity fee.”

In his bill, the way to keep the pro leagues “happy” is via the data mandate, though Shaul says even that is negotiable. Missouri is home to four major professional sports teams, the Super Bowl champion Kansas City Chiefs, Major League Baseball’s St. Louis Cardinals and Kansas City Royals, and the NHL St Louis Blues. The state lost its second NFL franchise after the 2015 season when the Rams left St. Louis for Los Angeles.

Three states have legalized sports betting with an official league data requirement to date — Tennessee, Illinois and Michigan. All are currently in the regulatory process and do not yet have live sports betting.

Setting aside studies that say Medicaid expansion could save MO money for the moment, wouldn’t legalizing sports betting, recreational marijuana, and taxing online purchases more than cover costs and also have added benefit of creating new jobs in Missouri? #moleg

Shaul’s bill is one of six floating around the Missouri General Assembly this session, and so far is the only one to get voted out of committee to a chamber floor. Three different Senate bills are currently in the Appropriations Committee and the two other House bills were sent to the Special Committee on Government Oversight. None are currently scheduled for hearings.

Shaul said his bill could come up on the House floor as soon as Wednesday, though it’s more likely a vote won’t come until next week or in early March. The goal, Shaul said, would be move HB 2088 when he’s comfortable with the number and nature of votes and with enough time for his Senate colleagues to consider the bill before the General Assembly adjourns in May. There is no deadline in Missouri for when a bill has to be approved in its chamber of origin.

Shaul is confident that the House already has the necessary 82 votes to pass, but he’d like closer to 100 votes, as well as strong, bi-partisan backing.

The only real opposition could come from the anti-gambling lobby. In neighboring Kentucky, Republican Representative Adam Koenig has run into a similar issue — his bill has been on the House floor for nearly a month, and though it’s got enough votes to pass, Koenig has been holding off as the Christian Coalition continues to lobby against it, and his fellow representatives find ways to slow down the process.

Both situations are reminders that passing sports betting, or any legislation for that matter, can be sticky business, and that it’s not always just about what constituents want, but political horse-trading and vocal lobbies, as well.

From an operator’s perspective, Shaul’s bill would be considered the best of the bunch in Missouri, with a low tax rate and state-wide mobile. There are currently 13 licensed casinos in the state, and each would entitled to have a mobile component. Should stakeholders lobby for untethered mobile, Shaul said he’s open to that discussion, which would allow for an even more competitive marketplace.

“I’m willing to negotiate to get (the deal) done,” he said. “When I say I am not married to anything in this bill, I’m not. I’m just married to the idea of getting it to the altar of the governor’s desk.”