Missouri Senator, Rep Team Up For ‘Sports Betting and Sports Protection Act’ With Everything Leagues Want 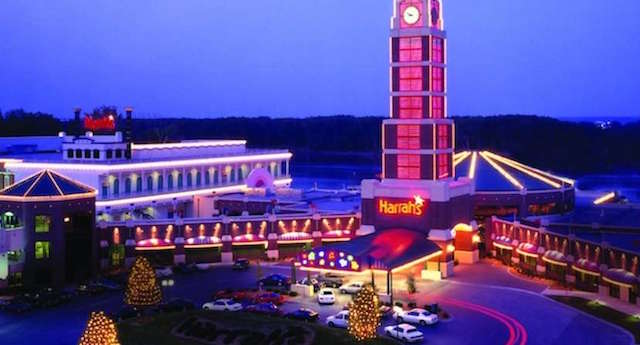 The Hoskins-sponsored version is Senate Bill 1013 and the Plocher vehicle, a more complete version, is House Bill 2535. The bills would allow for Missouri sports betting on riverboats and online through those licensed riverboat’s online platforms.

Notably these bills include the “integrity fee” and everything else the NBA and Major League Baseball officials/lobbyists have pushed for via their “Model Sports Wagering Act.” The inclusion of the fee, which amounts to 20-25% of a sportsbook’s receipts, makes Missouri the second state this week to introduce a bill with the integrity fee. Kansas HB 2752 was introduced earlier this week and referred to committee.

Missouri Senator and Representative Team Up on ‘Sports Betting and Sports Protection Act’; Give NBA, MLB an ‘Integrity’ Fee as Well as Data Control and Additional Rights to Restrict

The bill also allows for the sports leagues to control the data used in Missouri sports wagering and grants the leagues a right to restrict which wagers a sportsbook can offer. According to a media release from Hoskins’ office, the Senator sees the integrity fee as a “partnership.”

“Missouri should be lead the way in partnering with the sports leagues to implement a strictly-monitored sports betting market that protects consumers and preserves the integrity of the sports we love,” the release reads.

The bills impose 12% tax on adjusted gross receipts, which is nearly double the amount that its northern neighbor Iowa would impose (a bill that does not include an integrity fee). Plus a 2% “administrative fee” for the Gaming Commission Fund.

If federal law changes to allow states to authorize sports betting, Missouri should be leading the nation in implementing an intelligent and controlled/monitored sports betting market. We are one of the biggest sports states in the country and have a robust and effective gaming network at our casinos – so we are as well positioned as any state to implement sports betting.

Hoskins’ Chief of Staff Rachel Bauer said Thursday that SB 1013 was referred to the Senate Committee on Progress and Development Chaired by Senator Gina Walsh. It is stated to be heard on Feb. 28. Should the bill get through committee, it would move on to the full Senate floor for approval.

“We just want to get the conversation started in this area ahead of the Supreme Court decision,” Bauer said. “If they rule in favor of state’s rights, we want to be ready.”

Elsewhere in the Missouri House

Representative Bart Korman (R-High Hill) introduced House Bill 2320 on the floor of the 99th General Assembly on Jan. 29. HB 2320 is a “placeholder” sports betting bill with little meat on the bones, but it opened the conversation. Rep. Korman’s office has requested HB 2320 be referred to committee, but no hearing is scheduled nor is it on the House calendar, according to the Missouri House of Representatives website.

Missouri is among the many states taking action on legalizing sports gambling as the country awaits a decision on Murphy v. NCAA, the Supreme Court case in which New Jersey seeks to overturn the Professional and Amateur Sports Protection Act. PASPA is a 1992 law that effectively bans sports betting in every state but Nevada. A decision on the case could come as early as March.

According to the media packet provided by Hoskins’ office, an American Gaming Association (AGA) survey found that an estimated $2.8 billion is illegally bet by more than 1.3 million Missouri residents annually.

“This has a major impact for our state, our citizens and our business community. For every dollar placed on an illegal sports bet, that’s one less dollar in tax revenue that could be invested in improving the lives of individuals and families across Missouri,” Hoskins said in the media packet.

Hoskins beat the state legislature’s deadline for introducing bills by about a week – the deadline is March 1, and the assembly adjourns on May 30.

Missouri currently has 13 riverboat casinos, including two each in the state’s biggest cities, St. Louis and Kansas City. While the bill proposes legalized sports betting only on riverboat casinos, as noted above, it does allow for online wagering via the internet or apps created by licensed facilities, as well.