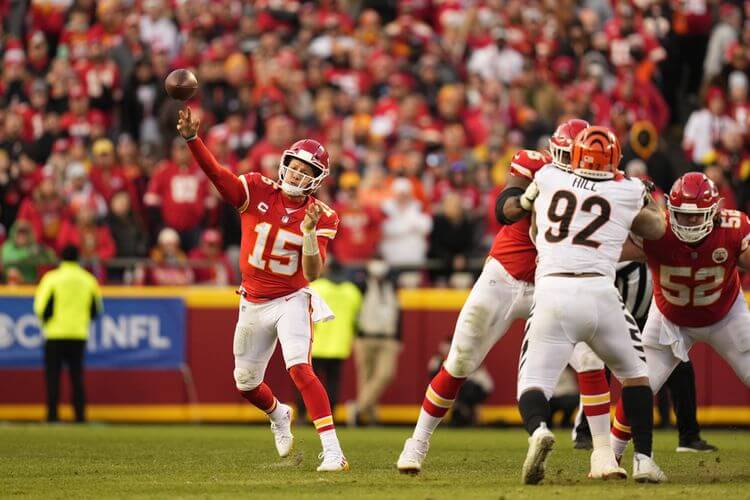 The race between Kansas and Missouri to legalize sports betting continued Wednesday, as a sports wagering bill was discussed by Missouri’s Senate Appropriations Committee. No vote was taken on the bill before the committee adjourned, but numerous voices spoke in support of the legislation.

Legislators mentioned a desire to legalize before Kansas, which may be just a few weeks away from legalizing after a bill recently passed through the House. The Missouri bill’s tax rate and speculation swirling around the Kansas City Chiefs were two key discussion points Wednesday.

HB 2502 aims to distribute 39 sports betting licenses among the state’s professional sports teams and the state’s 13 casinos. The bill, which recently passed through the House with HB 2556, allows for retail and mobile wagering through casinos, with the sports teams being given access to mobile licenses. The bill also proposes a tax rate on adjusted gross receipts of 8%, which is rather low compared to other states across the country.

State Sen. Denny Hoskins, a vocal proponent of sports betting, worried that the tax rate is too low. Hoskins proposed a bill previously with a tax rate of 21%, as he’s hoping the state can generate more tax revenue to go toward education.

“When we look at our neighboring states, most of them are between 13-20% tax rate, and when we look across the United States with a much higher tax rate, I think 8% is not enough money to go toward education,” Hoskins told Sports Handle after the hearing.

Todd George, the executive vice president of operations for Penn National Gaming, countered in his testimony that the 8% tax rate would give the sportsbook operators necessary leeway to aggressively market their services. George believes that’s essential given the retail and mobile betting presence in neighboring states as well as the illegal market.

Teams from throughout Missouri, including the MLB’s St. Louis Cardinals and the NFL’s Kansas City Chiefs, were among those that spoke Wednesday in support of legalized sports wagering. Cardinals President Bill DeWitt III spoke first and represented not only the Cardinals, but also the Missouri Pro Sports Team Coalition, which includes the Cardinals, Chiefs, St. Louis Blues, Kansas City Royals, St. Louis City Soccer Club, and the KC Current.

“We all support sports wagering in Missouri as a way to increase engagement with our fans and provide a fun and exciting new way to enjoy sports, which mean so much to our communities,” DeWitt said.

DeWitt’s testimony didn’t generate much pushback from committee members. The intensity of the conversation topics increased when Anne Scharf spoke on behalf of the Chiefs. The vice president of civic affairs and the Hunt Family Foundation did her best to quiet reports and speculation that the Chiefs are considering moving out of Missouri and into Kansas.

Chiefs prez Mark Donovan, when asked this AM about potential new stadium options, said the team has considered options in state of Kansas. They like Arrowhead and legacy of Lamar Hunt’s stadium, but have been pitched by Kansas developers on a bunch of options. Something to watch.

Scharf mentioned that reports of the team considering different future locations isn’t new information, and that the franchise has to “do [its] homework” given the age of Arrowhead Stadium. The venue was built in 1972.

“It’s new [information] to us,” Sen. Washington said. “Because the old man never, ever, ever — bless his soul, Mr. [Lamar] Hunt — would’ve ever said that he would leave us, so we just want to put that on the record that we love the Chiefs and we would want the Chiefs to be committed to us.”

Hoskins expressed concern with giving a license to a team that could soon be on its way out of Missouri. He told Sports Handle after the hearing that he would like some language in the bill to prevent a team from leaving the state and still holding a Missouri sports betting skin. Scharf seemed fine with that idea during the hearing.

“When we’ve worked with everybody in this room, the spirit of what we’ve talked about is the skin being contingent on the team being based in Missouri,” Scharf said.

It’s worth noting that Kansas legislators added a late amendment to their sports betting bill, trying to devote 80% of tax revenue toward a fund focused on attracting professional sports franchises into Kansas.

The House bill still needs to pass through the appropriations committee before making it to the Senate floor. Hoskins anticipates the committee could vote on the bill in the coming weeks.

“I would expect a vote maybe in the next two to three weeks out of committee,” Hoskins said. “There’s several things the chairman of the committee, Senator [Dan] Hegeman, and I are trying to work through and come to a consensus on.”

For those tracking the state-by-state race, a vote on a sports betting bill by the Kansas Senate could come by the end of the month. The two states are on similar legalization timelines, although neither sports betting bill becoming law is a slam dunk. Kansas’ House narrowly passed their bill after frustration with late amendments, and Missouri legislators aren’t completely in agreement about the current language of HB 2502.