DraftKings, FanDuel near deals with MLB to become authorized gaming operators of the league 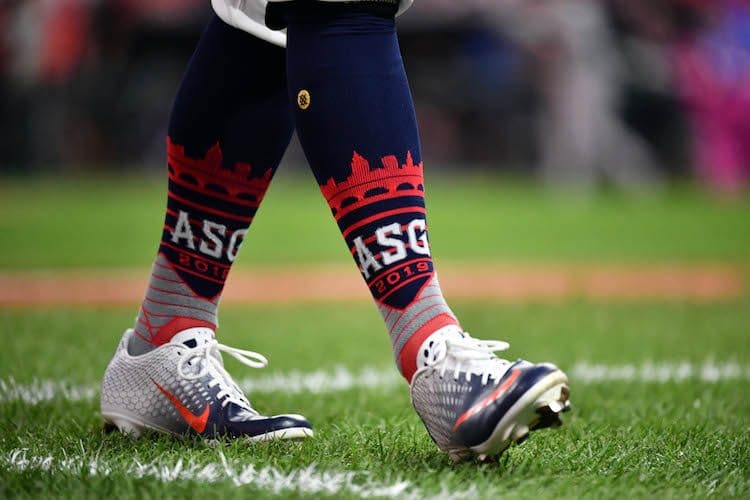 While a whirlwind NBA free agency period has swallowed the sports news cycle in recent weeks, there’s an influx of young talent in Major League Baseball and growing interest in wagering on the national pastime.

Consider betting patterns at this week’s All-Star Game in Cleveland. At DraftKings Sportsbook, one user placed a $1,100 wager on Pete Alonso to win the Home Run Derby in May at odds of 16/1. The bettor collected $18,700 in pre-tax winnings on Monday evening when the Mets’ first baseman outlasted Vladimir Guerrero Jr. in a thrilling final round.

At another prominent sportsbook, the handle for the All-Star Game when accounting for win bets, first five-inning wagers, first-inning score, alternate run line, props and in-progress bets nearly reached six figures. The total represents a near three-fold increase from its handle for the 2017 Midsummer Classic.

As a handful of new states prepare for the launch of legalized sports wagering, MLB officials have crusaded the nation in attempts to land official betting partners. While MLB appears to have made some headway in discussions with numerous books on joining its Authorized Gaming Operator (AGO) program, the league has only secured a partnership with one company (MGM Resorts) as the second half of the season begins. One book that subscribes to an in-game data feed provided by Sportradar’s subsidiary Betradar, continued to receive the feed during the All-Star Game.

Heading into the event, there were indications that sportsbooks with access to MLB data through authorized MLB data providers had a “grace period,” and would lose the signal if they did not become an AGO by the All-Star Break, according to multiple reports. The sportsbook also received the feed for Thursday’s matchup between the Houston Astros and Texas Rangers.

Some progress in recruiting potential AGOs

Unlike the NBA, which has formed partnerships with multiple gaming operators over the last 12 months, MLB has had little success in attracting partners beyond MGM. Although the All-Star Break passed without a formal announcement, MLB appears to be close to bringing several major companies on board.

Earlier this spring, Sports Handle obtained a six-page document, entitled Major League Baseball Authorized Gaming Operator Program, that outlines the benefits of becoming an “official data licensee” of the league. An operator that joins the program will gain a number of assets, most notably access to the league’s official betting data. While several industry executives interviewed for this story emphasized that sportsbooks could benefit from the marketing opportunities offered by the league, they downplayed the value of the official data and the ability to use league logos and marks.

By becoming an AGO, a sportsbook will receive rich betting data that is delivered directly from MLB ballparks using streamlined procedures, thereby “reducing latency and improving market uptime,” according to the proposal. A feed with reduced latency or lag from the time of a play until when the in-game lines hit the market could be extremely valuable without viable alternatives. But many books already receive data from MLB games at a low latency and could still offer in-game markets even if they lose access to MLB data from an authorized provider. And what happens to authorized providers such as Sportradar, which would potentially lose paying subscribers unwilling to pay an additional premium to MLB for a “direct license”?

MLB executive Kenny Gersh noted last month at a media appearance in London that several other operators are nearing agreements with the league. MLB, he said, “essentially has deals done” with FanDuel and DraftKings, according to U.K. outlet EGR Global. The league is also making progress in negotiations with The Stars Group, a partner of FOX Bet, an extension of FOX Sports, which broadcasts MLB contests nationally and across its regional networks.

Gersh, MLB’s executive vice president of gaming and new business ventures, did not respond to a request to comment.

Last November, FOX Sports signed a seven-year, $5.1 billion media rights extension that will keep the World Series on the network through 2028. Months later, Fox entered the sports betting space when the company announced a media and sports wagering partnership with The Stars Group. The companies intend to launch FOX Bet at some point this fall.

A FanDuel spokesperson also declined comment, while DraftKings did not immediately respond to a request for comment before Friday’s deadline.

Historically, casino-run sportsbooks have operated on razor thin margins. Over the last two decades, Nevada sportsbooks have recorded a baseball win percentage above five percent just once, according to statistics from UNLV’s International Center for Gaming Regulation. As such, one sportsbook manager says his book would struggle to meet its bottom line if forced to enter into a revenue sharing agreement with a professional sports league.

Another industry expert believes there is a misconception among the leagues on how the finances of a sportsbook actually work. When expenses such as rent, utilities, employee salaries and compliance costs are factored, a book’s profits often represents a tiny part of a casino’s revenue stream. Their margins likely will erode further if operators are required by law to enter into a program that costs at least seven-figures on an annual basis.

The expert likens the predicament to a period in the early 2010s when the Daily Fantasy Sports industry experienced significant consolidation. In a short time span, a market comprised of more than a hundred companies dwindled to a select few, led by FanDuel and DraftKings. Already, there are signs of industry-wide consolidation in the legalized sports betting market less than 15 months after the Supreme Court’s historic decision.

Last month, Eldorado Resorts’ announced a definitive merger agreement with Caesars Entertainment that could create the largest casino company in the world. The announcement came four months after Eldorado completed a 25-year deal with William Hill US, in which the company gained a 20 percent equity stake in the U.S. subsidiary. In November, Eldorado entered into a 20-year agreement with The Stars Group that will give the latter access to one of its skins for online sports betting. Some major casinos may have the financial wherewithal to withstand the merger spree, but will the smaller ones remain on solid footing? It is why many bookmakers are unable to predict how the industry will look over the next five years, let alone the next five months.

The remainder of the season

If FOX Sports follows through with the debut of FOX Bet prior to the World Series, it will be interesting to see if Major League Baseball adds The Stars Group as an AGO in time for the Fall Classic. Other potential AGOs may leverage the partnership to offer unique markets during the MLB Playoffs.

Still, there are strong indications that a large number of sportsbook executives remain skeptical about “official league data” and the actual value of MLB’s AGO offering. It is why one source who spoke to Sports Handle on the condition of anonymity remarked that you would be hard-pressed to find a bookmaker who doesn’t “roll their eyes,” upon the mention of official data.

“If someone strikes a deal with one of the leagues for official data, it’s either because they were held hostage, or an ambitious sportsbook executive with no understanding of the business decided it sounded like a good idea,” he said. 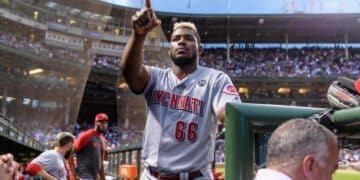