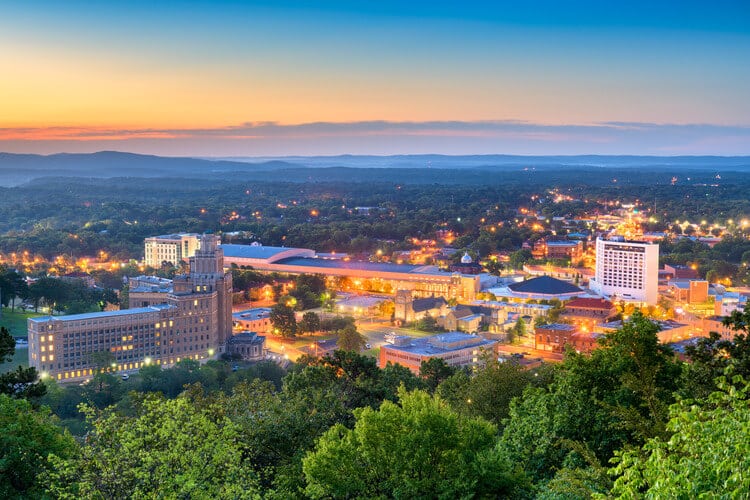 When Oaklawn Racing Casino in Arkansas launched its mobile sports betting platform, Oaklawn Sports, in September, it became the third such platform in the state. Oaklawn Sports is powered by Kambi, which also provides odds for Oaklawn’s retail sportsbook.

“The combination of Kambi’s advanced technology and Oaklawn’s reputation as one of the premier thoroughbred tracks and casinos in the U.S. makes this an enticing sports betting proposition,” Kristian Nylén, Kambi’s chief executive officer and co-founder, said in an August press release.

All three of Arkansas’ casinos have now launched mobile sportsbooks, as Saracen Casino Resort has BetSaracen and Southland Casino Racing has Betly Sportsbook. Legends Resort & Casino, which is not yet open, can also launch a mobile sportsbook when it opens.

Where are the major operators?

Major sportsbook operators like BetMGM, Caesars Sportsbook, DraftKings, and FanDuel opted not to enter the Arkansas sports wagering market because of a unique revenue-sharing rule. The rule requires third-party operators like DraftKings or FanDuel to partner with casinos in the state, and the casino receives at least 51% of the revenue from the mobile sports betting partnership.

“This made sense to the Arkansas Racing Commission, which approved the rule unanimously,” Scott Hardin, a spokesperson with the Arkansas Department of Finance and Administration, said via email. “It also received legislative approval as required.”

The racing commission is a division of the Department of Finance and Administration.

As a result of the 51% requirement, which the major operators opposed publicly, the state likely won’t have major national operators any time soon.

Meanwhile, the “local” sportsbooks have received mixed reviews. There have been complaints about withdrawal and deposit options for the sportsbooks. That’s something BetSaracen recently tried to address by adding Visa and Mastercard withdrawal options.

“Finally fixed the withdrawal process,” one BetSaracen App Store reviewer wrote on Aug. 30. “I’ve been trying to do the bank account withdrawal process for a long time, but they added a new credit/debit card withdrawal option … and it actually works.”

Arkansas- @BetSaracen is waiting on y’all; we know you waited plenty long. App is ready for debit card deposit and same day debit card withdrawal straight to your bank account. Big deal we’ve been on since spring. 💰 💳 💪🏼

Early reviews for Oaklawn Sports have been mixed. Close to half the app’s ratings on the App Store are five-star, but the other half is largely made up of one-star reviews, including all six of the written reviews.

“The app is functional, but leaves much to be desired,” one reviewer wrote. “Just getting money in is a pain in itself (requires opening a separate bank account called Play+ … why?), ironic considering that should be exactly what they want you to do.”

A couple other App Store reviewers also commented on the deposit options, and another was frustrated by a lack of welcome offers.

“Are you kidding me?” one reviewer said. “No promos or anything on this app, not even for signing up initially.”

That complaint seems to have been addressed by Oaklawn, as Smith says the platform just launched a $250 first-bet insurance promotion. Smith also expects Oaklawn’s mobile wagering platform to have new deposit and withdrawal options in the near future.

“Over the coming weeks, we’ll be looking to roll out more ways to fund your account with a credit card, etc.,” Smith said. “That process takes some time.”

The sportsbooks often aim to provide a unique experience for Arkansas bettors. BetSaracen, for example, offers a wide range of wagers for Arkansas sporting events, including college baseball lines, which aren’t always offered by major operators.

“Arkansas casino-run sportsbooks have the opportunity to define their own brands,” Hardin said. “As a result, we see unique lines and prop bets that are Arkansas-specific.”

The future of Arkansas mobile betting

Since mobile sportsbooks just launched in the state in March, it’s a little early to make a judgment on whether or not Arkansas’ mobile sports betting market is satisfactory for customers. The revenue-sharing rule was controversial when introduced, and each of the three mobile sportsbooks has received its fair share of complaints from customers.

At the same time, Saracen and the other casinos seem willing to take customer feedback to heart, and the Arkansas-focused betting markets are a plus.

From a revenue perspective, adding legal mobile sports betting has been a positive for Arkansas. To wit, September saw the highest handle and revenue totals in the state’s sports wagering history.

Last #SportsBetting 🧵 of the day.

September numbers for #Arkansas via ARC. Rankings out of 39 months in parentheses.

“Arkansas is a football state and wagers normally reflect that,” Hardin said. “Tax revenue from sports betting has certainly increased as a result of mobile wagers. However, we project it will be less than $5 million annually in total.” 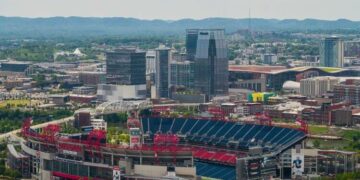