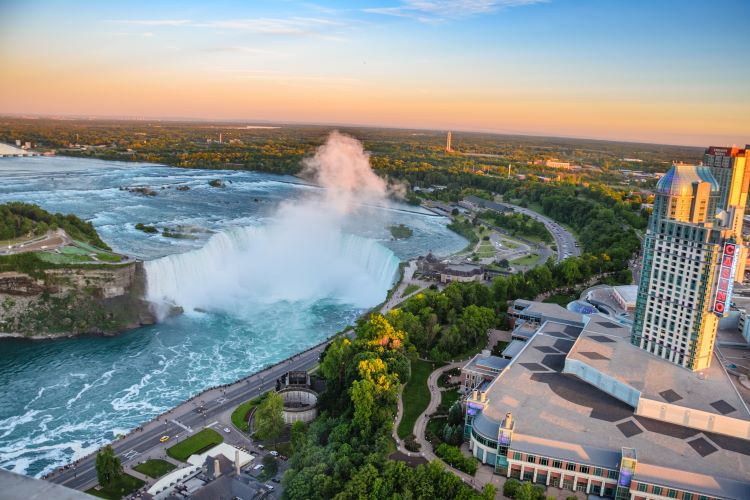 Mohegan Gaming & Entertainment’s PlayFallsview mobile brand is one of the latest to become licensed with regulators in Ontario, but its focus will be much different than other competitors already live in the province’s regulated iGaming and sports betting market.

Fallsview Casino Resort and Casino Niagara are both owned by the Ontario Lottery and Gaming Corporation, which is an Ontario government agency that conducts and manages gaming facilities, the sale of province-wide lottery games, PlayOLG internet gaming, bingo, and other electronic gaming products at Charitable Gaming Centres. Since 2019, Mohegan Gaming & Entertainment (MGE), a developer and operator of premier global integrated entertainment resorts in the USA, Canada, and South Korea, has managed the day-to-day operations of the two major Niagara Falls casinos.

MGE is the first land-based operator to become licensed with the Alcohol and Gaming Commission of Ontario, which is tasked along with iGaming Ontario to develop the legal framework and enforce the standards and guidelines for the province’s new market, which launched on April 4.

Mohegan Digital was launched by MGE last June and Rich Roberts was appointed as president of the iGaming division. He’ll be overseeing the new online casino and sportsbook product, PlayFallsview, which will launch soon in Ontario.

“We’re taking advantage of our Fallsview name, which is arguably the most recognized casino property in Ontario, and really building a product that reflects what Fallsview is, an extension of the property. Think of this as Fallsview in your pocket. When you leave the casino, you bring the brand with you. And the goal is for the brand to bring you back to the casino,” Roberts told Sports Handle.

MGE still needs to secure an operating agreement with iGaming Ontario before it can launch, and Roberts said a number of internal issues need to be worked out before the product is ready to go live, hopefully this summer.

“When you get inside the 5-yard line, you find that running is a bit tricky within that position. There is a number of things that we need to get done. We’re the first land-based operator to get licensed, so we have a number of things we have to work out with the retail counterpart that works with OLG,” Roberts said.

MGE has selected Kambi as its sports betting provider. The two companies had an existing relationship through Unibet, which operates a sportsbook at Mohegan Sun Pocono in Pennsylvania.

Kambi is strengthening its partner network through an agreement with Mohegan Gaming & Entertainment in Ontario.

MGE’s online sportsbook and casino isn’t necessarily intended to compete with other major operators already live in the province like bet365, FanDuel, BetMGM, PointsBet, Rush Street Interactive, and Caesars, but rather to be a complementary product for its existing retail casino customer base. MGE’s digital product could eventually be integrated into the rewards program for the retail casino.

“Our goal is to give our retail customers that digital experience that they’re looking for. Whether it’s casino, table games, sportsbook, we’ll provide them with the content they want to enjoy when they’re off the property,” Roberts added.

The launch of a potential sportsbook in Niagara Falls is out of Mohegan Digital’s realm, but OLG and its retail team could explore the possibility once provincial regulations allow it. Sources have told Sports Handle the expansion of sports betting into retail locations is now on the agenda in the province and preliminary talks have begun.

“Fallsview Casino and Casino Niagara would be two great spots to have sportsbooks,” Roberts said.

Huge potential for esports at Fallsview

“There are opportunities in Ontario because it has been somewhat of a hub for esports,” he said. “A number of people I know from the video game industry have moved into the market here in Ontario.”

Fallsview Casino Resort and Casino Niagara have a number of theaters and concert halls that could accommodate large esports crowds, including a new 5,000-seat venue. Concerts are also frequently hosted at the Avalon Theatre, which has a capacity of 1,500 people.

Roberts said Fallsview Casino Resort is a destination property, with the natural wonder that is Niagara Falls serving as a highlight literally on its doorstep.

“When you go to the casino, if you haven’t been there, it’s tremendous,” he asserted. “It’s just got that really neat feel to it. A very special place to go. That’s what people want to get out of the brand. They want something that will match the brand when they leave the casino.”

Built on a cliff overlooking the world-famous Horseshoe Falls, Fallsview Casino Resort is the largest gaming resort facility in Canada. Fallsview offers over 3,500 slot machines and 130 gaming tables, in addition to a 372-room luxury hotel and over 30,000 square feet of meeting and convention space.