DraftKings and Flutter suffer double-digit losses for month of March 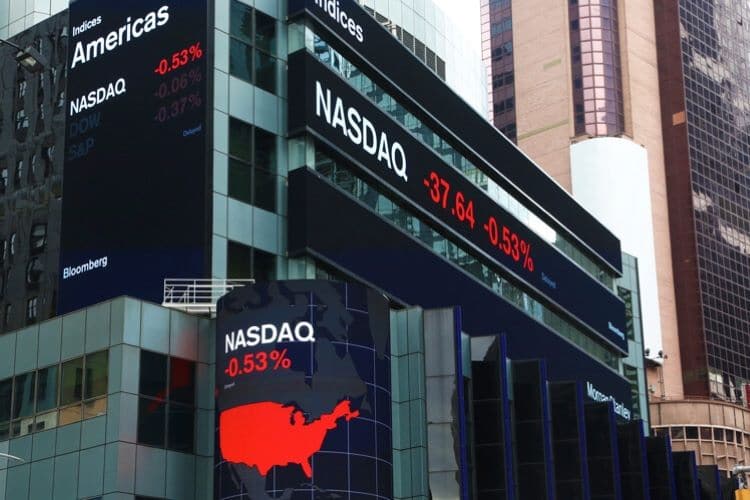 New York‘s first March Madness with mobile sports betting was a success, as the state’s sportsbooks produced a handle of $428 million during the opening week of the NCAA Tournament — their highest week since the Super Bowl.

With strong wagering activity among New Yorkers and bettors across the nation, there are indications that top sportsbooks finished March with one of their most profitable months on the sports betting calendar. Unfortunately for many, the high volume for March Madness did not translate to commensurate stock gains.

Sports betting-related stocks remained depressed in March, extending losses from the first two months of the year. Continued losses among heavy hitters DraftKings and Flutter (the parent company of FanDuel) served as a microcosm for the industry as a whole. The downturn began last November when sports betting stocks turned south amid long-term profitability concerns across the industry and a historic period of global inflation.

At one point in early March, DraftKings CEO Jason Robins appeared to hit the panic button in an effort to stem the losses. Over the past few months, Robins has been embroiled in a feud with famed short-seller Jim Chanos. When Robins posted the below tweet on March 8, DraftKings was trading around $17 a share. From there, DraftKings rallied somewhat, moving above $20 in late March before ending the month at $19.47.

DraftKings is nearing the completion of its proposed $1.56 billion acquisition of Golden Nugget Online Gaming. In an April 1 filing with the U.S. Securities and Exchange Commission (SEC), DraftKings said it expects the acquisition to be completed on or prior to May 31.

During the correction, gambling companies with share repurchase programs have been utilizing them in recent months, Macquarie analyst Chad Beynon wrote in an April 5 research note. This indicates that management teams believe the companies are undervalued following the pull-back, according to Beynon.

Several other top names fared poorly in March, as Caesars Entertainment and Wynn Resorts each fell about 7% on the month. Rush Street Interactive dipped below $10 a share, closing the month at $7.27, while Penn National Gaming tumbled 17.2% to end March at $42.42.

Penn shares have been trending downward amid sexual misconduct allegations against Barstool Sports founder Dave Portnoy. In response, Portnoy filed defamation charges against Insider, accusing the media outlet of publishing a “hit piece” against him.

Among sports betting data providers, Sportradar jumped as much as 16% on March 30 after the Switzerland-based company beat top-line estimates with its 2021 fourth-quarter earnings. While CEO Carsten Koerl announced that Sportradar had suspended all new investments in Russia due to the Ukraine conflict, the company stopped short of suspending operations in the nation. At the same time, Wall Street investors largely brushed off reports that Koerl owns a 23% stake in the holding company of Russian sportsbook Liga Stavok.

The Roundhill Sports Betting & iGaming ETF (BETZ), an exchange-traded fund that tracks the top sports betting and iGaming stocks in the industry, closed March at $19.98, down about 7% on the month. Last April, BETZ hit a record high at $32.65, more than doubling the price from its June 2020 debut.

The ETF, however, is down around 38% over the last 11 months amid the bearishness across the industry.