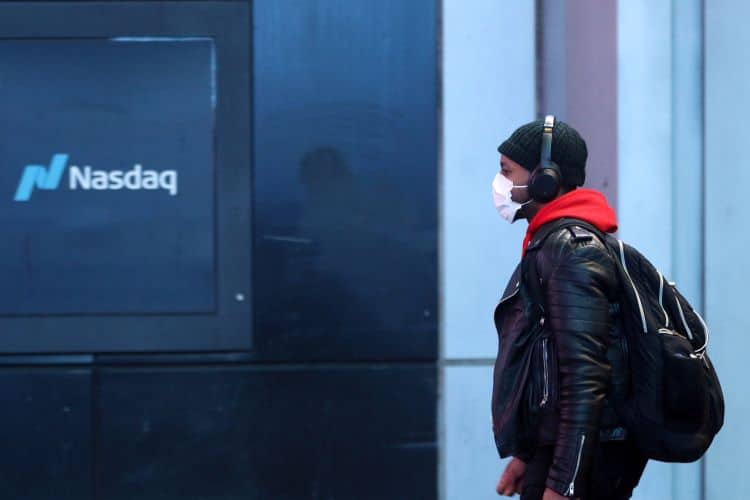 Each month, our stock watch series will examine recent trends in sports betting equities across Wall Street and outside the U.S. on top global exchanges. The red-hot U.S. sports betting market is now expected to grow to nearly $40 billion in annual revenue by 2033, according to Goldman Sachs. One prominent investment manager, Cathie Wood of Ark Invest, has taken a large position in DraftKings. She is not alone, as a wide range of institutional investors are bullish on sports betting. Come here on the first Tuesday of each month for a review of stock moves among the top publicly traded companies in the sports betting space.

On Sept. 21, DraftKings rattled the global sports betting world by proposing a massive $22 billion cash-and-stock acquisition of U.K.-based Entain that could have transformed the landscape for online sports betting through 2025 and beyond.

Shares in DraftKings sunk 7% on the news, dropping below $53 for the first time in nearly a month. Although the potential addition of Entain was largely viewed as accretive to DraftKings’ earnings on a per share basis, Wall Street analysts raised concerns about the company’s possible expansion beyond U.S. borders. DraftKings, after all, holds the title of the only pure-play vertically integrated U.S. sports betting and daily fantasy sports company.

Overtures for Entain also struck a chord with MGM Resorts, which owns a 50% stake in BetMGM, one of the nation’s leaders in sports betting market share. Shortly after the Supreme Court’s PASPA decision in 2018, MGM Resorts formed the 50-50 joint venture with Entain, then known as GVC Holdings. In response to DraftKings’ power play, MGM Resorts CEO Bill Hornbuckle cautioned that the company had the ability to block DraftKings from conducting business in the U.S. if a deal with Entain came to fruition. DraftKings’ proposal doubled MGM Resorts’ $11 billion overture for Entain in January.

By mid-October, DraftKings and Entain agreed to extend a negotiating window into November to allow for further discussion. Then, last week, DraftKings formally dropped the bid for Entain, citing the company’s satisfaction with its own back-end technology platform and its long-term growth plans in North America. Under Rule 2.8 of the UK takeover code, DraftKings is precluded from making a firm offer for Entain for a period of six months, beginning this past Oct. 26.

DraftKings subsequently jumped 6% to a session high of $50.48, nearing its highest level on the month. From there, DraftKings retreated for the remainder of October, closing the month under $47 a share.

#DraftKings announced on Tuesday that the company is dropping its $22 billion proposal to acquire #Entain, providing the latest wrinkle in the most heated negotiations to grip the sports betting deal-making space in 2021.

“For DraftKings, I view the deal break as a positive, as DraftKings will now remain a pure-play U.S. online gaming operator with a de minimis amount of debt on their balance sheet,” Roundhill Investments Co-founder and CEO Will Hershey wrote in the company’s weekly newsletter.

Investors should learn more about DraftKings’ long-term plans for expansion from the company’s third-quarter earnings call on Friday. DraftKings is expected to post quarterly revenue of $224.8 million, according to Zack’s Consensus Estimate, up 69.3% from the year-ago quarter. The company is also expected to report a loss of $1.10 per share, down 12.2% from the same period in 2020.

DraftKings is one of several prominent companies — including MGM Resorts, Caesars Entertainment, and Penn National Gaming — that will report quarterly earnings this week.

DraftKings’ decision to punt on Entain is also a positive development for MGM Resorts, according to Hershey. MGM, Hershey writes, “retains optionality” for making a revised attempt at acquiring Entain. More importantly, MGM will not have to search for a new tech platform, presenting a daunting prospect for the company had Entain joined forces with DraftKings.

In terms of online casino trends, BetMGM continues to hit the jackpot. Through September, BetMGM captured a 28.2% national share in the online casino market, according to figures from the gaming firm Eilers & Krejcik. Last month, BetMGM generated $40.6 million in Michigan from its online casino division, setting a company record for monthly online casino revenue in the Wolverine State.

When MGM Resorts releases third-quarter earnings Wednesday after the bell, the company is expected to report a loss of $0.04 per share, according to Zack’s Consensus Estimate, a year-over-year increase of 96.3%. MGM is also expected to post revenue of $2.41 billion, up 114% from the year-ago quarter.

Flutter shares dropped about 8% on Tuesday after the company lowered its 2021 full-year guidance. Flutter, the parent company of FanDuel, blamed unfavorable results in a heavyweight boxing bout and an English Premier League match for lower than anticipated EBITDA in recent weeks. Tyson Fury’s victory over Deontay Wilder last month, along with Liverpool’s 5-0 drubbing of Manchester United, contributed to a negative impact on Flutter’s EBITDA of £60 million, the company said in a statement.

As a result, Flutter downwardly revised its full-year adjusted EBITDA of £1.24-1.28 billion from previous guidance in August of £1.27-1.37 billion. Nevertheless, Flutter said it “maintained a leadership position” in the U.S. market on the quarter amid year-over-year group revenue growth of 9%.

Sportradar made waves Monday when the data provider announced that it has secured the betting data rights to distribute UEFA’s portfolio of competitions, including the UEFA Champions League and the UEFA European Championships. At present, the estimated handle on European soccer competitions exceeds €515 billion annually, according to Sportradar. Separately, Sportradar unveiled a partnership with advertising planning platform Adomni that will enable the company to integrate its comprehensive suite of sports data offerings into Adomni’s demand-side platform. Sportradar ended October at $20.90 a share, down about 12% on the month.

Genius Sports, Sportradar’s main competitor, wrested an exclusive NFL betting data distribution partnership from Sportradar in the spring. As the NFL regular season hits the midway point, investors continue to monitor in-game betting trends through the sportsbook partners of Genius. Alger, an investment management firm, believes Genius is well-positioned to increase market share due to its exclusive partnership with the league.

“Genius Sports Limited was among the top detractors from performance. Genius Sports provides online sportsbooks with data from sports leagues. We view it as a picks-and-shovels sports betting company, so it isn’t dependent on the success of an individual gambling operator. The global online sports betting (OSB) market is forecast to grow from approximately $31 billion in gross gaming revenue (GGR) in 2020 to approximately $65 billion in 2025, which is a compound annual growth rate of 16%, and we believe Genius is positioned to increase its market share. The company has a 40%-50% market share of sports events currently and an ambitious target to reach a 5% take-rate on this global gaming market compared to its current take-rate of 1.75%.”

By the end of June, more than three dozen prominent hedge funds held positions in Genius, according to Yahoo! Finance. Genius Sports closed the month at $18.54, up fractionally on the month.

Kambi, meanwhile, had revenue of €41.6m during the company’s third quarter of 2021, an increase of 48% from the same period a year ago. The company closed on Oct. 29 at 233 SEK on the Nasdaq Stockholm exchange, up 8.5% on the month. Kambi bolstered its football offerings at the end of last month with the addition of NCAA college football parlays among its wagering options. As of Oct. 26, single and multi-game parlays represented about 20% of all pre-game NFL bets among Kambi customers.

Ahead of Tuesday’s quarterly earnings call, Caesars Entertainment opened a pair of retail sportsbooks on Sunday in Louisiana. Two Caesars properties, Harrah’s New Orleans and Horseshoe Bossier City Hotel & Casino, accepted their first legal sports wagers on Halloween. Caesars closed on Oct. 29 at $109.46, down about $10 a share on the month.

Wynn Resorts gained about 3% for October, finishing the month at $89.80 a share. WynnBet announced Tuesday that it has secured market access in West Virginia for online sports betting and online casino operations. PointsBet shares tumbled as much as 19% on Oct. 27 following reports of declining market share in the U.S. PointsBet, which has a different reporting schedule than its U.S. counterparts, just completed its first quarter of 2022. During that quarter, PointsBet maintained a U.S. market share of about 3.9%, according to Bloomberg. By comparison, PointsBet’s market share in the U.S. reached 7.8% over the previous quarter.

Shares down ~16% in current session…

The Roundhill Sports Betting & iGaming ETF (BETZ), an exchange-traded fund that offers investors exposure to the sports betting and iGaming industries, traded at $29.97 on Oct. 29. The ETF, which has assets under management of $380 million, opened the month at $31.13 a share. The BETZ portfolio counts Penn National Gaming, Rush Street Interactive, DraftKings, and Flutter among its top holdings, with each stock representing more than 5% of its holdings.

Penn National ended the month at $71.60 a share, while Rush Street Interactive closed October near $20. Truist Securities analyst Barry Jonas lowered his price target on Penn to $110 from $120, while incorporating the acquisition of theScore into the company’s valuation models. Rush Street, meanwhile, has emerged as a possible suitor to partner with ESPN as the broadcast network seeks to license its sportsbook brand, an industry source told Sports Handle.