Content And Confidence: Nardini Dishes On Barstool And PENN 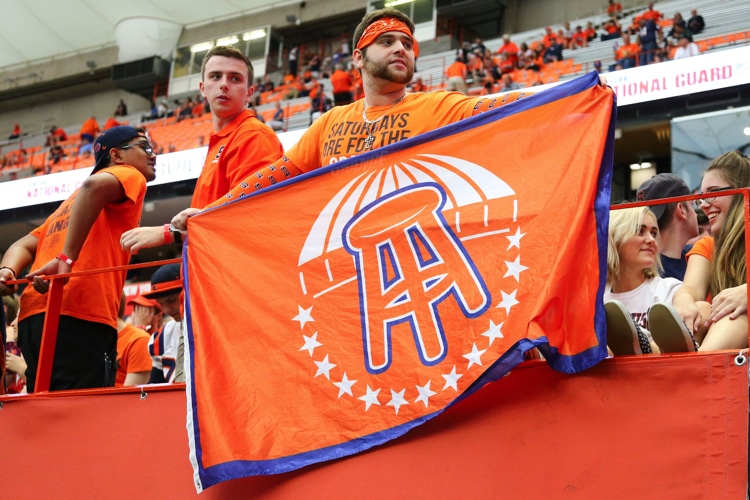 Barstool Sports CEO Erika Nardini is proud of how her company has navigated into the sports betting space and continues to be at the forefront of influencing the social media ecosphere around it.

One of the keynote speakers at Wednesday’s Global Gaming Expo (G2E) in Las Vegas, Nardini fielded questions from American Gaming Association President and CEO Bill Miller about how Barstool Sports and partner PENN Entertainment have carved out a distinct path in the highly competitive mobile sports wagering industry. A large portion of that success has come from original content that has resonated with a younger adult audience.

Barstool Sports founder Dave Portnoy is the driving force of that engagement, which at times has proven controversial, but it also has cemented Barstool Sportsbook as one of the primary mobile options in the U.S. (and in Canada via partnership with theScore).

Exploiting the decline of traditional media

Gerrit Cole Pitched Like The Ace The Yankees Pay Him To Be In Game 1 Of The ALDS https://t.co/SpekzeKysP pic.twitter.com/2OlhrqTuGv

The big takeaways from Nardini’s answers were her sense of intellectual curiosity and astute awareness of the media landscape. Nardini has been part of that space with Barstool since 2016, but also had stints prior at AOL, Yahoo!, and Microsoft. She pointed out traditional media still is still struggling to come to grips with the rapidly changing space, but it’s something her youthful band at Barstool has embraced.

“What’s interesting about media is that it’s in a complete free-fall and in a total state of chaos,” she said, joking her team of 20-somethings comes to work in sweatpants. “And the reason it is is anyone can turn a phone and a camera on a phone on yourself and make content. The democratization of media has completely changed how media is created, how it’s distributed, the definition of what is media. Influence and media have honestly become one and the same. The notion of journalism has changed.”

Another key part of Barstool’s rise was its embrace of the open platforms available, most notably Instagram and Twitter. Barstool Sports’ main accounts have a combined 18 million followers on those platforms, and Portnoy’s personal accounts have more than 7 million. That has trickled down to the Barstool Sportsbook accounts, which boast more than 1 million combined followers.

“All that was available to us was the open and available platforms in social media,” Nardini said, noting how larger media companies shunned them. “As big technologies like Microsoft, Google, Twitter invented products, I just let the Barstool people take advantage of them. That’s how we grew so fast, we were growing on the most open and the fastest growing platforms that were available to everyone.”

Negotiations with Rico and his skip Kirk went well pic.twitter.com/R89IcX6doI

Nardini spoke with pride about how the Barstool Sports team was able to separate itself from competitors by being itself. In explaining its success with younger bettors and viewers, she pointed to how Barstool is creating “compelling” content that, while it may not be perfect stylistically, grabs attention by being authentic.

“You can be a woman, you can be a man, white, black, any color, anything imaginable. What’s compelling is change,” she said. “Young people are not compelled by three people sitting at a desk, in a suit, projecting authority. That just doesn’t land anymore. … Look at the media landscape, there’s so much bloat, so much production, this desire for perfection, the lighting, the sound, the producer, the producer, and the producer. The desk, the casting, the script. And the reality is that’s wasted.

“We’re in an era where the camera is very, very close to your face. What young people are used to looking at is more aspirational, wilder, louder, crazier versions of themselves on the internet.”

Nardini also said what Barstool Sports also has done well is channeling the compelling nature of sports — calling it the “last frontier of TV” because you don’t know what’s going to happen — into its content and adding another layer of that unknown through the dynamic and sometimes volatile interactions of its talent.

“How are we achieving virality, how are we tapping into conversations people are already having, how do we make sports betting feel organic, how do we make it not a push method but a pull method? We spend a lot of time on it,” she said.

“Barstool Sports is the same thing, you don’t know what’s going to happen between Dave and Big Cat, or whatever kerfuffle we have going on the side. I like a little chaos. I like to let us run. We have a highly, highly creative team. Sometimes they take it too far and we have to reel it back, but there’s real ingenuity in what we create.”

Walking a path with PENN

Nardini recalled Barstool Sports underwent a few transitions to go from a free-wheeling media space into the sports betting space and its far more stringent regulation. She said that both PENN and Barstool gave each other the space to figure out their individual components, and that she felt the pressure to get her side right given a sports betting product was the eventual end game Portnoy wanted to achieve when he began Barstool.

“I was stressed because I wanted to learn what the boundaries were, where did they exist, and what is the third rail and how do they manage that and how do I take that back into the zoo that is Barstool Sports and put some fencing up,” Nardini said. “We did it our way, which I’m really proud of. We listened really intently.

In looking ahead, Nardini expressed some skepticism about the omnichannel talk that dominated Tuesday’s keynote session with Bally’s Chairman Soo Kim and PENN CEO and President Jay Snowden. Nardini finds omnichannel “insanely complicated” and “a large beast that requires a lot of investment, a lot of foresight, a lot of restraint, and a lot of control.”

She talked about the importance of being part of creating the “first generation of legal American bettors” and  of trying to find ways to address responsible gaming that will stick with the betting public. Nardini expressed confidence Barstool will be able to find those answers now that it is executing more than building.

“I’ll never love a job the way I love this job, and we’ve built the most influential brand for millennials out there,” she said, pointing out Barstool’s second college sports event is on tap with the Barstool Invitational — a four-team college basketball tournament in Pennsylvania in November — following on the heels of Barstool gaining rights to the Arizona Bowl for college football.