Retail sportsbook will be the second in Washington, D.C., attached to a pro sports venue 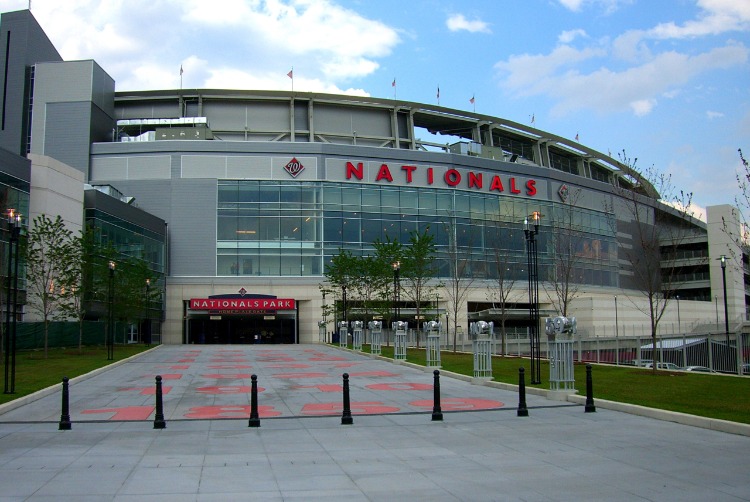 Washington’s Nationals Park is poised to join Capital One Arena as a professional sports venue with sportsbook attached, the Washington Nationals and BetMGM announced via press release Monday. Capital One Arena in partnership with William Hill  was the first in the country to open a retail sportsbook inside of a professional sports venue, when it did so last summer. FanDuel has a similar partnership with the MLS DC United for a sportsbook at Audi Field, though that book hasn’t yet opened.

In terms of baseball stadiums, the Nationals are now the second to announce they’ll have an on-site sportsbook — the Chicago Cubs and DraftKings announced a deal last summer.

In Washington, BetMGM plans to convert the current Center Field Social space at Nationals Park, previously used for special events, into a sportsbook.

New book could launch this summer

BetMGM says the goal is to open the space this summer, which could make it the first Major League Baseball park with a sportsbook. DraftKings has plans to build a book at Chicago’s historic Wrigley Field, but no timetable had been released.

Currently used as meeting space, Center Field Social has 3,787 square feet and is across the Center Field Plaza from the team store.

The first-ever in stadium BetMGM Sportsbook is coming to Nationals Park! Congratulations on this exciting partnership, @BetMGM and @Nationals. 🎉 https://t.co/20RQrDuZwm

According to the press release, the book will “provide a luxury viewing and sports betting experience that complements the existing experience at the MGM National Harbor Dugout Club, an eight-seat premier luxury sports box located on the field adjacent to the team dugout.” It does not appear that there is a direct view to the field from the location, but it’s reasonable to expect BetMGM to set up TVs and possibly a video wall within the book.

Fans won’t be able to access the sportsbook from inside the stadium — rather, the company said, it is in a “non-ticketed space – which will allow it to remain open and operating 365 days a year.” The company will also launch its BetMGM mobile application this summer. The digital platform will be available within the confines of Nationals Park, as well as within a two-block exclusion zone, as laid out by the District of Columbia’s sports betting law. William Hill and Capital One Arena have a similar arrangement around the arena.

“The BetMGM mobile app will enable our fans to engage with the game in new and exciting ways, while the BetMGM Sportsbook connected to Nationals Park will provide Nationals fans and the D.C. community with a first-class gathering place to celebrate their passion for sports together.”

This is fascinating. Baseball has spent much of its history distancing itself from any sort of gambling. Major policy in this country and impactful rules in the game were created so baseball could be "pure." https://t.co/AmXv9QZdbJ

BetMGM, live online in 11 states, is MLB’s official gaming partner. Among its other partnerships, BetMGM also has a deal with the Denver Broncos, in which it will open a sports betting lounge inside Empower Field. That space won’t be a full-fledged sportsbook, but rather a place to get live odds, down a high-end drink, and talk sports.