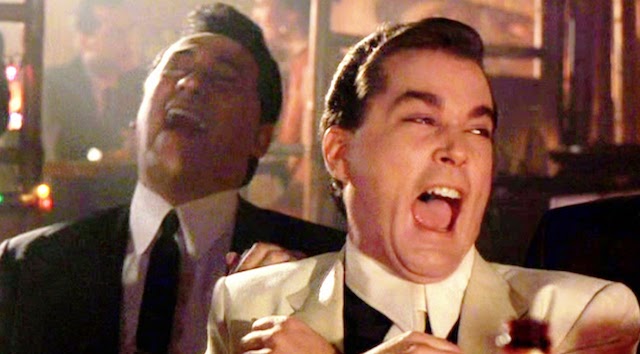 This is one so rich with irony I’m having a difficult time staying seated. Proving that they are beyond shame when it comes to sports betting, the NBA and MLB engaged New Jersey officials in recent months to discuss how the leagues would like to see sports betting conducted in the event that federal law allows New Jersey to go ahead and license sportsbooks.

And how might legal sports betting happen in New Jersey? If New Jersey beats the NBA, MLB, NCAA and other professional sports leagues in Murphy v NCAA (formerly Christie v NCAA), the Supreme Court Sports Betting Case, in which the leagues are fighting to preserve the federal ban on sports wagering outside Nevada! According to reports by Politico New Jersey and NJ.com, the leagues met with members of new N.J. Governor Phil Murphy’s administration to, roughly, push the same talking points regarding a “betting right and integrity fee” and control over data.

“But legislative leaders have balked at the leagues’ request for a fee, three sources with knowledge of the situation told NJ Advance Media,” reports Brent Johnson of NJ.com. “One source called the proposal ‘laughable.’”

NBA, MLB Have Met With New Jersey Officials About Sports Betting, Actually Have Had the Gall to Ask For Sports Betting Fees and Rights

Johnson reports that “the leagues first asked for a 1 percent cut” on all wagers off the top, which amounts to about 20-25% of sportsbook operator revenue. “But are now willing to negotiate to a lower number, according to a person with direct knowledge of the leagues’ thinking.’”

This is incredible on several levels. The leagues have been tangled in a legal battle with New Jersey for nearly a decade now over the federal sports betting ban known as PASPA, defeating N.J. so far at every stop. The leagues have argued at every turn, most recently in the Supreme Court of the United States — oral argument was in December — that PASPA is/was essential to preserve the integrity of their games (and more importantly that it is not a Tenth Amendment violation), saying sports wagering jeopardizes the very existence of their games.

Until the Supreme Court otherwise says so, PASPA is still a good and valid law. Nevertheless the leagues are out there hedging, hence their lobbying effort in two dozen states to push legislation that would give them a direct cut of all wagers, as well as exclusive control of data that state-licensed sportsbooks could use for its operations. Contrasting with their representations in court, the leagues now favor legal, regulated sports betting, but as they have made it clear in various statehouses across the country, only in a framework that pays them a direct cut.

It’s not shocking that the leagues have also made an effort to influence New Jersey, but still a lot of irony to digest.

“Legalized sports betting is a very real possibility in New Jersey, and we have an obligation to our fans and our sport to provide our perspective to ensure any sports betting operations properly protect the integrity of our game,” the MLB said in a statement to Politico.

Perspective is one thing, asking for a direct cut of wagers and a monopoly over data and the right to sell data to sportsbooks is another ballgame.

New Jersey officials are also discussing rules and regulations regarding sports betting so they’ll be ready to go if the high court rules in its favor. The Division of Gaming Enforcement has been doing its homework as well and as invited stakeholders to apply for licenses.

A decision in Murphy v NCAA will come before the end of June. I doubt that New Jersey will give the leagues an inch on their asks.

The leagues could start by paying back the roughly $7.2 million in legal fees New Jersey has expended in this (ongoing) legal fight against the leagues.