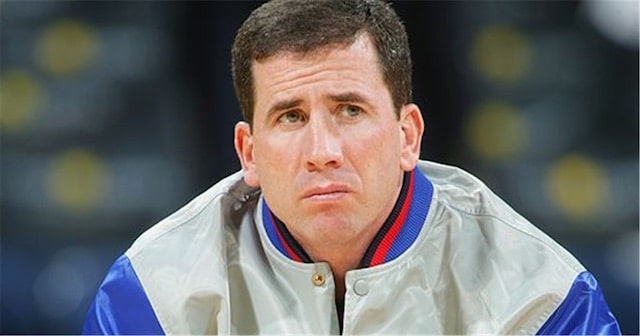 The safe bet is that the “Association” is not thrilled that disgraced former NBA referee Tim Donaghy, who pled guilty in 2007 to two felonies in connection with a sports-betting conspiracy involving the mafia, is on the airwaves discussing sports wagering and the transgressions that landed him in prison.

Earlier this week the 51-year-old, who officiated NBA games for 13 seasons (from 1994-2007), discussed what impact an expansion of legal sports betting would have the United States, on mob families, and on his current business, which is selling advice/information to sports bettors at RefPicks.com (again, surely thrilling the NBA).

“It’s big business for the mob in regard to bookmaking,” Donaghy told David “Mad Dog” Demarco of 730AM The Game in Lansing, Mich. (audio below). “It’s something they very much have their hands in and if it’s taken away from them, it’s going to hurt a little bit. It’s another reason to legalize it, not only for the tax dollars, but also get it out on the open and have it regulated.”

Ironically, the NBA (as well as MLB, PGA Tour and other leagues) is now aligned with Donaghy on that. NBA Commissioner Adam Silver and league officials and lobbyists in over a dozen states have made the same case that expansion of legal wagering to crowd or kill the black market — where the FBI busted Donaghy — would be good for protecting the game’s integrity. By way of background, the New York Times nicely summarizes the immediate scandal fallout:

For four years, Donaghy bet on N.B.A. games, including some that he officiated. For at least five months — starting in December 2006 — he advised professional gamblers about which teams to pick, through telephone calls and coded language. And he violated one of the primary tenets for referees by providing the gamblers with information about referee assignments, relationships between referees and players and the health of players.

“I was in a unique position to predict the outcome of N.B.A. games,” Donaghy said. He was paid to make picks on games, initially earning $2,000 for each correct pick and later $5,000, according to court records. Two men who are suspected of conspiring with Donaghy — Thomas Martino, 41, and James Battista, 42 — were arraigned later yesterday.

His picks were hitting about 70-80 percent of the time, although there is dispute as to whether he was influencing outcomes in games he officiated, overtly or subconsciously, or simply knew so much that he was right much more often than not. In any case, that’s how the mob got a hold of him and then paid him for his insight. A transcript of the relevant portion of the conversation (beginning at 1:40:05) is below.

Mad Dog: You know [sports betting] too, your thoughts on that?”

Donaghy: It’s going to be legalized very soon. The tax dollars that go out the window are enormous and we need to start taking care of and capitalizing on that. All this money is going overseas to offshore gambling websites.

Mad Dog: What would that mean for your business?

Mad Dog: Where does the mafia or mob fall into place with legalized sports betting?

Donaghy:  I think they’re gonna take a hit because that’s a lot of the benefit of them being an underground bookmaker, and when that’s taken away from them and all out in the open it’s going to cut into their profits.

Mad Dog: For the novice person who doesn’t know much about sports betting, but has watched ‘The Sopranos,’ those mafioso families exist big-time in this country to this day, right?

Donaghy:  Absolutely, it’s big business for the mob in regard to bookmaking. It’s something they very much have their hands in and if it’s taken away from them, it’s going to hurt a little bit. It’s another reason to legalize it, not only for the tax dollars but also get it out on the open and have it regulated. 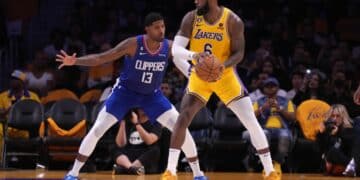