The Many Ways NBA Has Embraced Legal Sports Betting 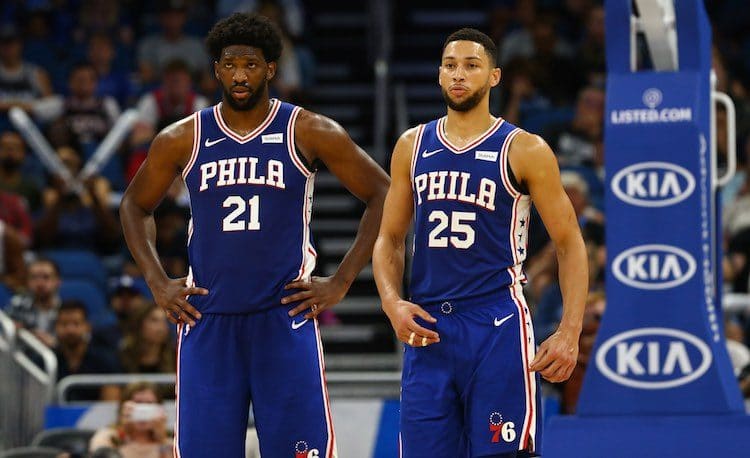 NBA Commissioner Adam Silver advocated in favor of expanded, regulated sports betting in the U.S. almost four years before a Supreme Court ruling in May 2018 made the new landscape a reality. Legal sports betting is now live in 15 states and growing.

All the while up until the ruling, the NBA alongside Major League Baseball and the NCAA, among others, repeatedly sought judicial enforcement of the federal law (PASPA) that had banned full-fledged sports wagering outside Nevada. And a U.S. Senator who co-sponsored PASPA? Former New York Knicks guard/forward Bill Bradley, who later decried the 2018 ruling; “Having been an athlete, I don’t like being considered a roulette chip,” Bradley said.

Indeed, the NBA’s relationship with sports betting has dramatically changed in recent years. With the 2019-20 season set to tip off Tuesday night, amid the ongoing controversy between the NBA and China, we thought it was a good time to take a look at just what the NBA has done to in reaction to legal sports betting over the course of the last 20 months. In no particular order:

NBA and sports betting in 2019 and beyond

1. Lineups must be reported 30 minutes prior to tip-off

The NBA in September approved a rule change that requires teams to submit starting lineups 30 minutes before a game starts, barring injury exceptions.

This decision is clearly a nod toward capitalizing on sports betting, as the information shared on the lineup card will allow bettors to make more informed decisions much longer before tip-off. In other words, it will increase betting activity. Previously, teams were required to turn in line-up cards only 10 minutes prior to tip. This move is unique in that it that directly affects players and coaches.

In December 2018, the Association announced the rollout of quarter-by-quarter pricing option on NBA League Pass. The announcement reads (in part) as follows:

The offering will be available on NBA.com and the NBA App, and via participating NBA League Pass distributors such as Turner’s B/R Live streaming service.

The quarter-by-quarter pricing options are:

NBA Digital is also developing an option to enable fans to purchase 10 minutes of real-time game access.  Details regarding the future launch of that offering will be announced at a later date.

The 10-minute pass package is now available for $0.99, allowing folks to tune in to all content available to League Pass subscribers for the next 10 minutes of real time. Who do you think is the target audience for such an offering? Indeed.

In November 2018, shortly after the start of the 2018-2019 NBA season, the league announced its first sports betting data partnerships in the U.S.

“Beginning this NBA season, Sportradar and Genius Sports will have the non-exclusive rights to distribute official NBA betting data to licensed sports betting operators in the U.S,” the NBA wrote in a statement. Many sportsbooks previously obtained “unofficial” data through Sportradar, i.e., the same data collected without the NBA’s imprimatur.

The NBA is pursuing dual tracks to ensure as many U.S. sports betting operators as possible purchase the feed, by private, commercial agreement or by law; the league is lobbying aggressively to have states mandate by law that state-licensed operators purchase sports betting data from their third-parties, under the guise of ensuring betting integrity. A segue to:

The NBA, alongside Major League Baseball and the PGA Tour, have been at the forefront of lobbying for the aforementioned “official league data” mandate and a “royalty,” previously known as an “integrity fee,” also known as “compensation.”

Originally the NBA sought a 1-percent off-the-top cut of all wagers, and later reduced the ask to 0.25 percent.

NBA Commissioner Adam Silver comments on the prospect of sports betting for the NBA pic.twitter.com/VrspSmUOpI

Silver and comrades have argued that his league deserves compensation, put simply, because the league puts on and invests in the the production of its games, because “sports betting would not exist” if not for the games.

For the most part, Dan Spillane, NBA Senior Vice President of League Governance & Policy, has been the NBA’s mouthpiece, testifying at hearings in state houses across the country, and at this point is probably resting before the testimony tour continues at the top of 2020.

So far, no jurisdiction has passed a law requiring payment of a “royalty,” but laws in both Tennessee and Illinois did include a data mandate.

Several national sportsbook operators including FanDuel have become “Authorized Gaming Operators” (AGO) of the NBA, “through a multiyear deal centered on marketing and official league data,” as ESPN reported in December 2018.

Earlier, MGM Resorts International, operator of BetMGM, became the “official gaming partner” of the NBA in July 2018 in a deal affording it access to the official data feed, among other things, for an estimated $25 million over three years. Likewise, The Stars Group (now d/b/a/ FOXBet) signed on in Dec. 2018  (terms undisclosed) as an AGO.

The NBA would like to have every legal sportsbook under this tent.

6. What happens in Vegas: A “royalty,” one way or another

While the national push for a “royalty” has proved unsuccessful so far, the NBA (and MLB) in May advised (or demanded, depending on your vantage) that certain Nevada sportsbooks pay an “undisclosed, additional flat fee for a package of playoff games, or get cut off” from the data feed, right in the middle of the NBA playoffs, as we reported at the time.

Or if not a flat fee, NBA as well as MLB officials advised certain sportsbooks they would need to pay a 0.25 percent “royalty” on all wagers in exchange for (continued) access to the newly-established official feed.

This ask has been variable depending on the size of the operator, and in some cases, sources said, the ask was reduced to 0.25 percent of in-play wagers, as opposed to a quarter on all bets. The Associated Press reported in July:

“The fee that we are charging for that bucket of rights, and again it’s not just for the data, it’s relative to the size of the operator’s business,” said Kenny Gersh, MLB’s executive vice president of gaming and new business ventures. “So, we are not going to charge somebody who is a small operator the same as somebody who is a large operator.”

While the NBA and MLB have take similar monetization paths, complete details of the respective leagues’ negotiations are not publicly known in much detail.

In June, the league announced that it will launch “NBA Last 90,” a virtual sports betting game that will feature NBA highlights and official footage. The announcement was made in partnership with the league’s players’ association.

According to ESPN, the game will be available in U.S. and European markets, and David Purdum described it this way: Highlight Games Limited “stitches together highlights from recent seasons to tell a story of what plays out during the 90 seconds. Contestants will be able to wager on several outcomes, including which team will win, who will score on the first possession and the total points scored by both teams. A random number generator, similar to what’s used in slot machines, will determine the outcomes.”

@NBA & NBAPA are partnering with Highlight Games Unlimited to launch “NBA Last 90”, a game that allows fans to make wagers during the last 90 seconds of simulated NBA matchups. The game will debut next season, making the NBA the first major league to begin virtual sports betting. pic.twitter.com/iIK93JFATs

8.  A physical sportsbook is coming to an NBA arena

As you may have heard, an actual sportsbook is soon coming to an NBA (and NHL) facility — Capital One Arena — home of the Washington Wizards, as well as the NHL’s Washington Capitals and Washington Mystics of the WNBA. The Washington D.C. Council legalized sports wagering at pro sports arenas in January 2019.

Bookmaker William Hill and Monumental Sports & Entertainment (the owner of the teams) will construct this first physical sportsbook inside a U.S. professional sports venue. Under the partnership, William Hill will become the exclusive sports betting partner of the three Washington teams.

The sportsbook facility will consist of multiple floors and will be open daily throughout the year. The sportsbook will contain a full-service food and beverage offering and will remain open on non-event days when a live sports event is not taking place.

Quite a turnabout from May 2018, when the NBA was still arguing in favor of PASPA.