by Brett Smiley
in Opinion, Regulation

At a recent public hearing before the New York State Senate about the possibility of sports betting in the Empire State, the National Basketball Association wholeheartedly supported the necessity of legalizing sports betting in the United States — but not without attempting to grab a piece of the pie. The NBA’s claim to 1% of all dollars wagered as an integrity fee is grounded in fantasy and greed and would amount to a losing argument in court, which is notable because the league made a thinly-veiled intellectual property claim to wagers on its games, and perhaps a threat of litigation.

“Legislation should recognize that sports leagues provide the foundation for sports betting while bearing the risks that sports betting imposes, even when regulated” said Dan Spillane, NBA Senior Vice President and Assistant General Counsel, League Governance and Policy. “Without our games and fans, there could be no sports betting.”

Right now the NBA is asking elected officials for a cut of sports bets (with some success, as in Indiana), not telling a court it’s legally entitled. Should it pursue the latter route at some point, the league will have to fight legal precedent from a case involving Major League Baseball demonstrating that sports scores and results are basically “fair use,” or in other words, fair game.

The NBA’s Claim to a 1% “Integrity Fee” on Legal Sports Betting in the U.S. Is More Like a “Cooperation Fee” That Would Make a Losing Case in a Court of Law

One quick but important note to underscore why 1% is a big deal: It’s 1% on the total betting handle, not on the “hold,” or amount that sportsbooks actually keep, which is more like 5% on wagers. So 1% as explained in greater detail here is more like 20% of sportsbook profits.

The NBA says it and other sports leagues “Will need to invest more in compliance and enforcement, including bet monitoring, investigations, and education.” And beyond that it needs a cut “to compensate leagues for the risk and expense created by betting and the commercial value our product creates for betting operators.”

Yet the NBA and MLB have conceded they’re already doing this very betting integrity monitoring, and Nevada (and U.K.) sportsbooks already perform this very kind of monitoring. By taking 20%, the leagues would make an already low-margin business lower margin at a time when the leagues purportedly want to make the legal market competitive in order to eliminate the illegal market — for the “integrity of the game.” In other words, they’re willing to handicap, for pecuniary gain disguised as a necessary fee, a legal market that they say is better for the integrity of their games.

The Attorney Who Beat the MLB’s Data Grab

To illustrate how an NBA legal claim in connection with that “commercial value” might look, SportsHandle spoke with attorney Rudy Telscher of the law firm Husch Blackwell. Telscher was lead counsel in the seminal 2007 case CDM Fantasy Sports v. Major League Baseball, in which Telscher and his client prevented MLB from monopolizing scores and player information, and basically claiming fantasy baseball as its own.

“Running through all of this is the notion of fair use” Telscher said generally of the NBA’s claim to a piece of sports wagers on its games. “Really our case was defended on First Amendment grounds, but what it all boils down to is, even when you have intellectual property, player names, trademarks, team names…. whenever you have these things, the public is allowed to use them in a fair way without paying you. So, every use of your trademark isn’t compensable.”

And that’s precisely the suggestion the NBA is making by saying: “Without our games and fans, there could be no sports betting.” In other words, this is ours, pay the toll, and kiss the rings.

“From an intellectual property standpoint the argument the NBA is making, while not coming right out and saying it, is ‘We put on all these games, it’s our players, it’s our popularity, and therefore, we should be entitled something, because we’re driving all of this'” said Telscher. “And that was the same argument that was made by Major League Baseball and the NFL in the two cases that I handled.”

Telscher explained that the way the NBA (or other leagues) might ground the argument in a legal cause of action is to call wagers a violation of “rights of publicity”; that the popularity of NBA players and the sport are bringing people to the betting counter, and therefore they should get a cut of the action.

“If they tried to claim legal entitlement because it’s using their intellectual property,” Telscher said, “whether it’s trademarks, or you’re betting on the Washington Redskins, and there’s some legal sportsbook that’s using the team names to allow people to bet on a team, and they make the claim that’s a violation of trademarks. Well, then, no, it’s fair use.”

And Telsher said he doesn’t really see a distinction between that argument and the one addressed in the MLB case, which resulted in a favorable decision for CDM Fantasy Sports that was upheld by the 8th Circuit Court of Appeals. The case stopped there after the Supreme Court declined to review it. (The Supreme Court did opt to take New Jersey’s case for the legalization of sports betting, with a decision is coming this spring, which is why we’re having this conversation.)

Popularity And The Angels’ Second Baseman

Veteran bookmaker and Las Vegas legend Vic Salerno is disturbed by the NBA’s pursuit of a cut, in part because sportsbooks have been conducting integrity monitoring for as long Salerno has worked in Nevada, which is a long time.

“I’ve been a bookmaker for 40 years and in 40 years I can count on one hand where the integrity of the game has been challenged or there’s been any of that that’s happened” Salerno told SportsHandle. “So who’s been doing the integrity monitoring? We’ve been doing it.” 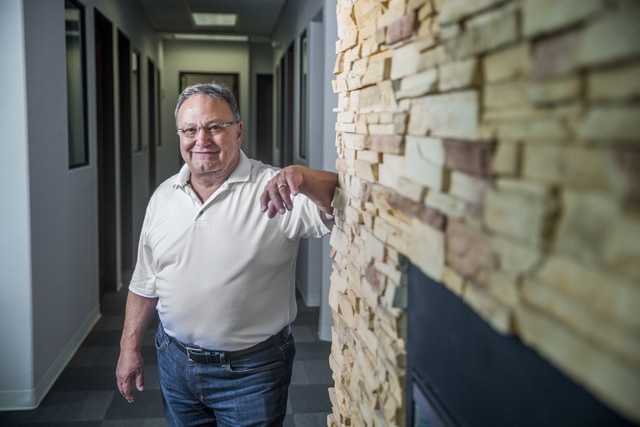 “They want something” Salerno continued. “But I don’t know how you can have a law that says one private business has to pay the other private business for a license, or a tax or a fee or a royalty or whatever they want to call this. We’re already paying with TV packages. And it’s for darn sure that we’re creating more fans of their sport.”

There’s no question in my mind that sports betting is the best thing that’s ever happened to sports. Because you’ve got more people that are glued to their TVs, watching their game, and so they’re making more money because of sports betting.

That was one of the main arguments I made in the fantasy case, and actually submitted affidavits from regular folks that talked about how they bought more TV packages, they watched more games, they knew who the second baseman for the Angels was, when they would have never known that.

“We have always known betting, fantasy leagues and daily [fantasy] sports have driven interest and viewership,” Cuban wrote in an email exchange with ESPN The Magazine in 2015. “We did everything possible to encourage it while publicly condemning gambling. I’m glad [NBA Commissioner Adam Silver] is putting the hypocrisy behind us and putting it all up front.”

Passing the Buck on Integrity

As noted above, legal Nevada sportsbooks already monitor line movements and betting patterns for the sake of integrity. The NBA, NCAA and other leagues already expend resources for the same purpose.

Here’s what Spillane said at the New York State Senate about the prohibition outside Nevada: “Despite this prohibition, illegal sports betting remains widespread in the United States… These bets are taken in a black market that does not support local businesses, cannot be taxed, and most important from our perspective, cannot be monitored or regulated.”

So if sports betting expands in the United States, the NBA wants operators to pay the leagues for an activity they’re already conducting — for the benefit of their own leagues. On top of that, consider that the biggest NBA sports betting scandal occurred under the NBA’s own nose, perpetrated by its own employee, former referee Tim Donaghy.

Donaghy ended up in federal prison in 2007 after he got caught up with the mob and the FBI busted him after he bet on an estimated 100 games he officiated over a four-year period, winning on 70-80% of those games, largely thanks to his calling of fouls to impact point totals.

“If you’re trying to protect the integrity of the game,” Telscher said, “presumably you’re already spending that money, whether it’s legal or illegal, and it’s built into the system. So you don’t need another one percent.”

The NBA’s 1% Would Only Harm Its Integrity Mission

Illegal sportsbooks don’t have nearly the expenses that legal books encounter. If the league is skimming 1% (or 20%) off the top, they will only allow the illegal market to continue and to flourish.

Before counting any profit, “We pay federal government, state taxes, employees, information providers, the leagues for packages and everything else” Salerno explained of legal sportsbook expenses. “People have to understand the economics of this and it just doesn’t make sense. I think this integrity thing is such B.S.” 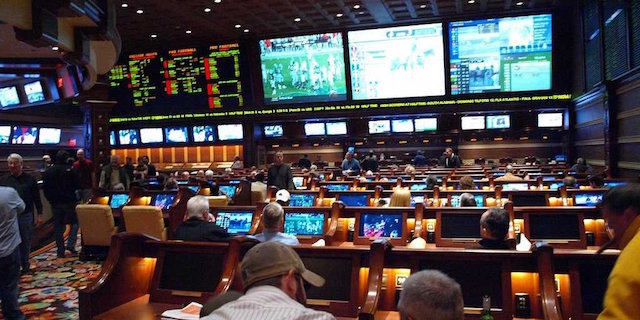 In light of that, the NBA, for its desired 1%, would harm: (1) legal sportsbooks and their ability to profit and compete; (2) the consumer, either by pushing him toward the illegal market where there’s no consumer protection, or by creating a less advantageous position at a legal book (higher vigs); (3) state and federal governments by decreasing tax revenue; and (4) the integrity of the game — by encouraging continued bets to be “taken in a black market that does not support local businesses, cannot be taxed, and most important from our perspective, cannot be monitored or regulated,” as Spillane put it.

One-percent on all legal U.S. wagers would amount to a very large chunk of money. But how much is 1% worth, considering the above and how much more interest (and increased ratings and engagement and sponsorship dollars) the NBA would already garner as a result of expanded legal sports betting in the U.S.?

“They may try, where there’s a big pot of money” Telscher said of a possible lawsuit for the NBA. “You know, people take shots at legal causes of action, to get in on the action. But I think from the intellectual property standpoint, they would face an uphill legal battle.”