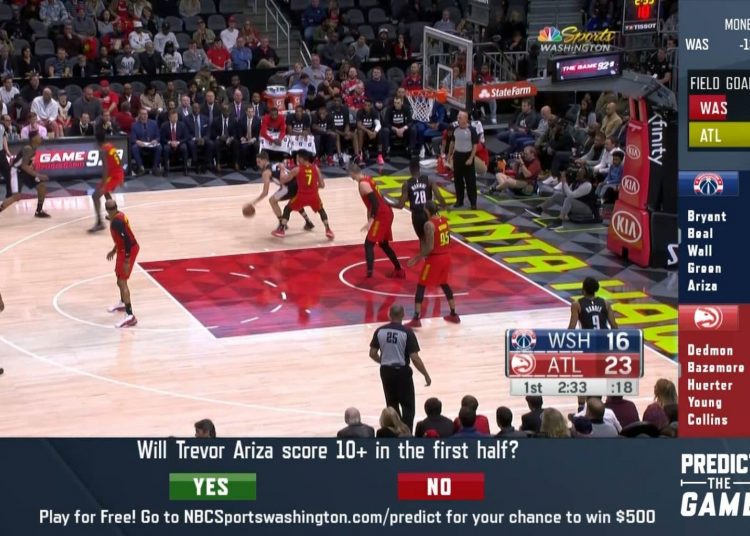 Less than 10 months since the Supreme Court’s historic ruling on sports betting, a Washington D.C.-area network is launching an innovative product that may serve as a harbinger for how sports will be consumed in the post-PASPA era.

On Friday night, when the Washington Wizards host the Milwaukee Bucks at Capital One Arena, NBC Sports Washington will debut a live predictive gaming contest as a supplement to its traditional broadcast. The contest, dubbed Predict The Game, features approximately 30 questions that will appear on the screen during the telecast. The winner of the free contest, offered on the station’s website, will receive a cash prize of $500.

While Steve Buckhantz and Kara Lawson call the game on NBC Sports Washington, NBC Sports Washington Plus will offer an alternate broadcast with the same announcers, video and audio content from a traditional Wizards’ broadcast, but with a twist. As Bradley Beal comes off a staggered screen to attempt a 3-pointer from the top of the key, the elements of the contest will be displayed on an L-shaped graphic overlay surrounding the broadcast’s in-game feed.

The prop offerings will rotate throughout the game, providing fans with constant action. During the first quarter, fans could be asked if Beal will eclipse a total of 5.5 made threes on the night. Later in the quarter, they could see a prop appear on the screen on total blocked shots by Thomas Bryant (over/under 1.5). Other props are more time sensitive: Will Trevor Ariza score 10 or more points in the first half? Will the Wizards commit six or more fouls in the fourth?

Though live sports telecasts in Europe have featured on-screen betting components in the past, the Wizards’ broadcast marks the first time the feature will be made available for U.S. viewers.

Innovation is important to all businesses, not being afraid to fail, check out NBC Sports Washington for a fun test. Read this https://t.co/IYg5qXIudB

Legislation passed by the D.C. Council Dec. 18 gives four area venues, including Capital One Arena the option of establishing a sportsbook inside the facility.

“This is a first step, this is not wagering, but we want to give fans an early glimpse of what sports gambling could look like,” said Damon Phillips, general manager of NBC Sports Washington.

Origins of the contest

Phillips, a former executive at ESPN, has long admired Monumental Sports & Entertainment CEO Ted Leonsis for his willingness to push the envelope with projects that integrate cutting-edge technology for augmenting the sports-viewing experience. Shortly after SCOTUS rendered its decision last May, the network and Monumental Sports began brainstorming concepts for leveraging legalized sports betting as a vehicle for maximizing fan engagement. 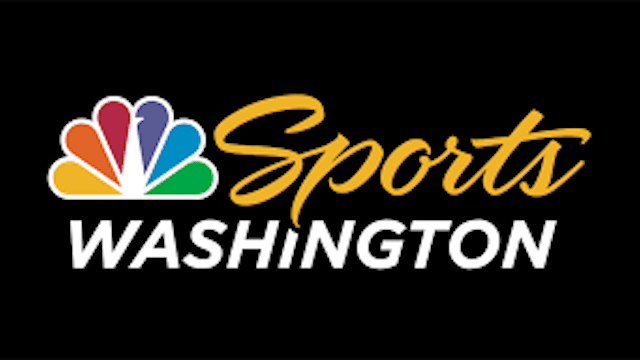 Months before the launch, NBC Sports Washington ran several “proof of concepts” trials during a handful of Wizards and Capitals games last spring. For each broadcast, participants were asked two on-screen questions per quarter — easy questions meant to be understood by both ardent supporters and casual fans. Following the tests, the network surveyed approximately 1,000 participants in an effort to better tailor the product to viewers.

Overwhelmingly, participants showed an interest in entering the contest again, but wanted one with more questions, said Mark Friedman, NBC Sports Washington’s director of creative and advanced technology. After going back to the drawing board, the network designed a revamped platform with 30-40 in-game props.

“This is a way to keep people in the room watching it,” said Professor Robert Thompson, founding director of the Bleier Center for Television and Popular Culture at Syracuse University. “It also builds infrastructure for when the gambling element becomes a more institutional thing which seems to be moving along as various laws and regulations get solidified.”

While the network will tease the contest during its pre-game show, the commentators will not be given a set script for the number of times they will mention the props throughout the game. Both Buckhantz and Lawson, a former guard with the WNBA’s Washington Mystics, were supportive of the project in the initial testing phase, Friedman said.

Once the game begins, there is a strong possibility that the commentators will make little mention of the contest at all. As the game progresses, Lawson may not even be aware of the type of prop being offered on the bottom of the screen. Though a producer will have the ability to change a line on the fly, NBC Sports Washington’s main objective is to create a user-friendly product with few complexities for fans. As a result, exotic parlays and teasers will not be a part of the contest at first.

At the same time, the network does not want the gaming component to take away from the traditional telecast.

“We want to make sure that it’s not too disruptive to the regular broadcast,” Phillips said.

Where is concept headed in near future?

It is important to note that while Wizards fans can access the contest on the alternative broadcast, the picks do not feature a touchscreen component where entrants can select the props on screen. Contest participants still need to go on the network’s website to enter their picks.

Zach Leonsis, senior vice president of strategic initiatives for Monumental Sports, can envision a scenario in the not-too-distant future where users can access a second-screen mobile application that synchronizes itself to a live-gaming experience. In November, International Game Technology PLC (IGT) completed the final stage of regulatory approval in Nevada for its PlayShot integrated sports betting module. At the 2018 Global Gaming Expo in October, IGT showcased a platform featuring technology that enables casino patrons to place sports bets through a kiosk.

The type of bets offered could receive scrutiny if the contest eventually involves wagering. In testimony before the New York State Senate last January, NBA Executive Vice President and Assistant General Counsel Dan Spillane expressed trepidation that certain bets on the player that will commit the first foul of a game could be susceptible to manipulation. The concerns were downplayed by several veteran sportsbook managers in Las Vegas that refuse to accept the risky wagers.

The Wizards received approval from the NBA to launch the free contest, Zach Leonsis said.

NBC Sports Washington is scheduled to air the alternative betting broadcast for eight Wizards games in the regular season, culminating with an April 5 game against the Spurs. The network may expand the contest to Capitals’ games, but not until next season, Phillips said.

“This is Version 1.0, we know there is an appetite for this type of product,” Phillips said. “We know there will be more opportunities as more states in our region legalize sports betting and we just want to be ready.” 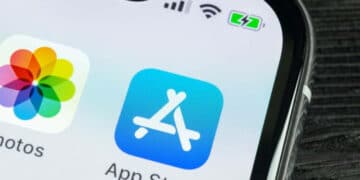