AD warns of hazards on campus from such wagering 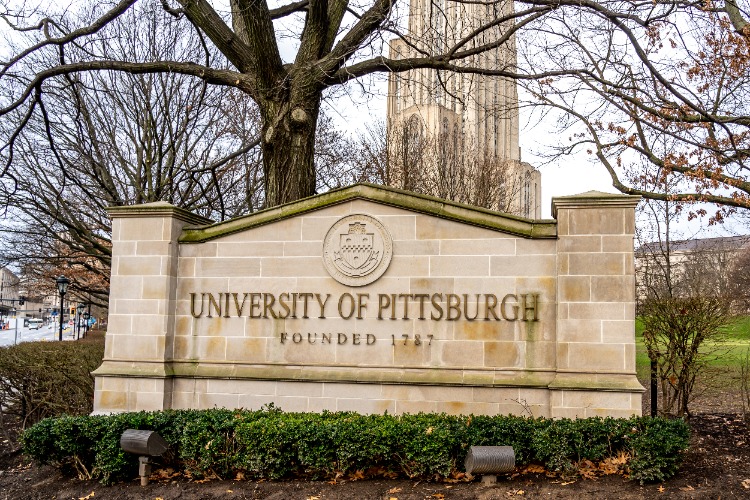 A prominent athletic director warned a U.S. Senate committee panel on collegiate sports Wednesday that failure of Congress to outlaw betting on NCAA events across the U.S. would have dire consequences on campuses.

Heather Lyke, director of athletics at the University of Pittsburgh, represented the NCAA’s position in opposing state-by-state legalization of sports betting on college contests (while acknowledging that “gambling on professional sports is here to stay”).

For the most part, Lyke — testifying remotely from her office due to the COVID-19 pandemic — seemed somehow unaware of the extent of illegal wagering on major college sports for more than a half-century. Pennsylvania legalized sports betting in October 2017 and was the fifth state to allow operators to go live with legal sports betting in November 2018, six months after the fall of the Professional and Amateur Sports Protection Act.

“The introduction of legal wagering on intercollegiate athletics will have a corrosive and detrimental impact on student-athletes and the general student body alike,” Lyke testified. “Gambling creates pressures and temptations that should not exist.”

The latter point is certainly defensible, in the abstract. But Lyke curiously ignored the widely understood reality.

American Gaming Association President Bill Miller, the other panelist on the second, 25-minute segment of the two-pronged “Protecting the Integrity of College Athletics” hearing, noted in his written testimony that “anecdotally, we know that collegiate events account for about 30% of the basketball and football wagers placed in the legal market.”

.@BillMillerAGA concludes by reinforcing the important role of state and tribal regulation and encouraging Congress to focus on efforts that stamp out the illegal market. pic.twitter.com/U3kK1NptOY

That means that even by conservative estimates of the size of the illegal sports betting market nationwide, close to $50 billion already was being bet each year on NCAA sporting events before the U.S. Supreme Court in 2018 opened the door for such legal gambling.

But not so, apparently, in Lyke’s universe.

“While currently a spectator’s pride and team spirit might hinge on a win or a loss, if sports betting is permitted, one’s livelihood could depend on the outcome of a Saturday afternoon game,” Lyke told the senators on a panel led by U.S. Sen. Lindsey Graham (R-South Carolina).

“These messages pale in comparison to those that will come when a spectator has bet a relatively large sum of money on the game,” Lyke asserted.

“The general student body will not be immune to the detrimental effects” of legal gambling on college sports, Lyke also warned. “It is not unreasonable to foresee students gambling away financial aid or work-study money on ‘the big game.'”

Decades of examples of such compulsive gambling by students demonstrate that Lyke’s concern is well-founded.

When pressed by Judiciary Committee Chairman Graham on the issue of illegal gambling on campuses, Lyke replied, “I would argue that where you have illegal gambling, certain people are willing to make those bets — but the population of people there is probably much less than when you legalize it. There are more opportunities now.”

both SC Senator Lindsay Graham and Pitt AD Heather Lyke apparently believe, per this Senate hearing, that illegal sports betting in the US has only a "small group of people" involved. 🤔

There was one aspect of sports betting that Lyke did seem to grasp.

“With the proliferation of online betting, placing wagers at any game at any time is as simple as the click of the button,” Lyke said. “One does not have to walk into the casino or sportsbook of a casino to bet on their favorite college team; they just have to enter a credit card and place the bet online.”

Of course, that was true up to almost two decades before the Supreme Court voided the 26-year-old Professional and Amateur Sports Protection Act of 1992 for unconstitutionally “commandeering” states into doing Congress’s bidding on sports betting oversight.

Lyke then pointed out that “students may be susceptible to corruption and other abuses by gambling interests who will seek to utilize students as sources of information before placing wagers.”

Indeed, that has been the very root of a number of the college basketball scandals that have popped up periodically since the 1950s. Miller noted that most such scandals have been uncovered by Las Vegas bookmaking operators who noticed “anomalous activity” on sometimes relatively obscure games.

Miller said that widespread legalization of sports betting should help, not hurt, the NCAA in finding future potential scandals.

Prop bets can go too far

Lyke made a valid point about an issue the NCAA brought up two years ago — a potential problem with in-game “prop bets” that athletes can manipulate while knowing that they are not significantly harming their chances of winning the game.

But her specific examples — betting on who wins the opening tipoff in basketball, or whether the first pitch to the second batter in the third inning will be a fastball or curveball — are a bit beyond the reality of exactly which wagers tend to be approved and offered.

Lyke added that a number of states — including New York and Illinois — allow sports betting on college sports, except for games involving the local teams. In New York, sports betting is currently only legal at four upstate casinos, and not via the internet or on mobile devices.

“Ironically, the case for prohibiting gambling on intercollegiate athletics on a national basis is made by the very states that have authorized it,” Lyke said.

Graham, who in the past has crusaded for billionaire Republican Party donor Sheldon Adelson’s war against all forms of online gambling, on Wednesday offered a merely perfunctory question to Miller about whether he had concerns about underage gamblers being able to wager online.

Finally, Graham told Miller that “we want to join you in putting illegal gaming sites out of business.”