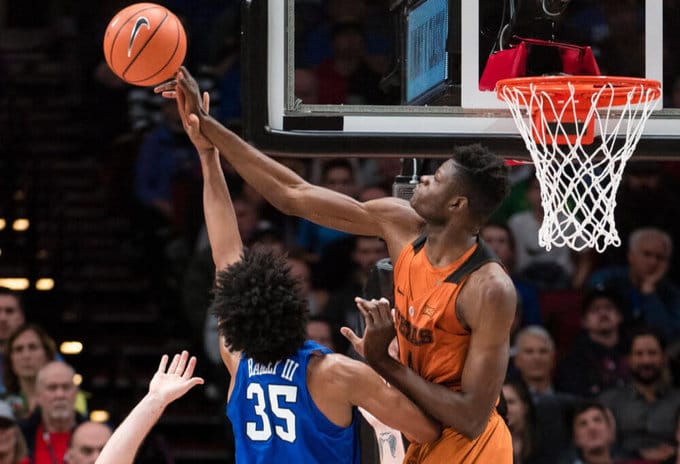 In this writer’s opinion, the Friday version of the NCAA Tournament’s first round is often better than Thursday because the teams have an additional day of preparation and rest. Regarding sports betting, I also tend to think that helps the big favorites; short turnarounds benefit underdogs. Just look at some of the biggest title game upsets in NCAA Tournament history like NC State over Houston and Villanova over Georgetown. Quick turnarounds.

Here’s a look at three games I feel strongly about Friday around the county.

This East Region game tips at 1:30 p.m. ET from San Diego. I generally am a spread bettor – I just don’t find a lot of value in totals when it comes to pro or college basketball. Football is another story with weather, etc. However, here I’m going to bet over the very high total of 166. That’s the highest number on the first-round board and it should be.

This will be a track meet. Marshall ranks six nationally in KenPom’s adjust tempo at 74.8 possessions per 40 minutes. That the Herd play fast shouldn’t surprise you because their coach is Dan D’Antoni. His brother is Mike D’Antoni, who is revolutionizing offense (again) in the NBA with his fast-paced, 3-point heavy Houston Rockets. Marshall scores 84.3 points per game, led by Conference USA scoring leader Jon Elmore (22.8 ppg). Fellow guard C.J. Burks (21.0 ppg) is just as lethal. Four of the seven players in D’Antoni’s rotation shoot at least 33 percent or better from 3. Like most of Mike D’Antoni’s teams, this isn’t a good defensive club, allowing 79 points per game.

Wichita State used to be known as a defensive club, but that’s not the case in 2017 under Gregg Marshall, a former assistant at Marshall. The Shockers rank 19th in scoring (83.0 ppg) and Top 10 in rebounds (40.5 rpg) and assists (18.5 ppg). This group knows each other well and shares the ball with all five starters back. WSU is fifth in offensive efficiency at 122.0 points per 100 possessions.

[Check out our sports betting homepage for news, stories and betting business]

South Region game tips at 4:30 p.m. ET from Nashville, with the Wolf Pack as 1-point favorites. That’s the smallest spread on the board. I don’t happen to think Texas belongs in the Big Dance at 19-14 overall and 8-10 in the Big 12, but the selection committee lopped up the fact that the Big 12 was so deep. Deeply average.

The Horns are a very inconsistent bunch, not winning more than four straight since opening the season at 4-0. As far as I know, Nashville isn’t Austin, and UT was terrible away from home. Its only Big 12 road victory was at overrated Oklahoma. Texas is very thin in the backcourt, losing guard Andrew Jones to a leukemia diagnosis in January and suspending fellow guard Eric Davis Jr. indefinitely in February when his name came up in that FBI investigation.

Texas can’t score to save its life but is a good defensive team thanks to 6-foot-11 pterodactyl Mohamed Bamba, a lock Top-5 pick in the 2018 draft (man, I wish Texas could play Arizona to see Bamba and Denadre Ayton square off). Bamba pulls down 10.4 rebounds per game and blocks 3.7 a night.

Nevada was the Mountain West regular-season champion that lost in the conference tournament to San Diego State. The Wolf Pack are a veteran group of transfers who rank 11th in offensive efficiency. The team’s four best players, twins Caleb and Cody Martin, Kendall Stephens and Jordan Carolina, all are transfers.

This might have been a Final Four sleeper had point guard Lindsay Drew not suffered a season-ending injury in February. Now coach Eric Musselman only has a six-man rotation. KenPom projects a final score of Nevada 72, Texas 70. That works for me.

This Midwest Region game from San Diego is scheduled to be the latest-starting of Friday with a 9:57 p.m. tip. I have to pick at least one 12 over 5 upset since it has happened in 29 of the past 33 years, and this is it (Charles Barkley agrees with me). Clemson is a 5-point favorite.

New Mexico State has lost 13 straight NCAA tournament games dating to 1970, the longest streak in tournament history (they vacated wins in 1992 and 1993). It was the WAC regular season and tournament champion behind guard Zach Lofton (19.8) and bruising Jemerrio Jones, who was second in the nation in rebounding (13.2 per game) and named WAC Player of the Year. In non-conference play, the Aggies beat NCAA Tournament teams Miami and Davidson. The Aggies win on defense, ranking 15th in efficiency (94.8 ppg per 100 possessions).  They force a turnover on nearly 20 percent of opponent possessions. 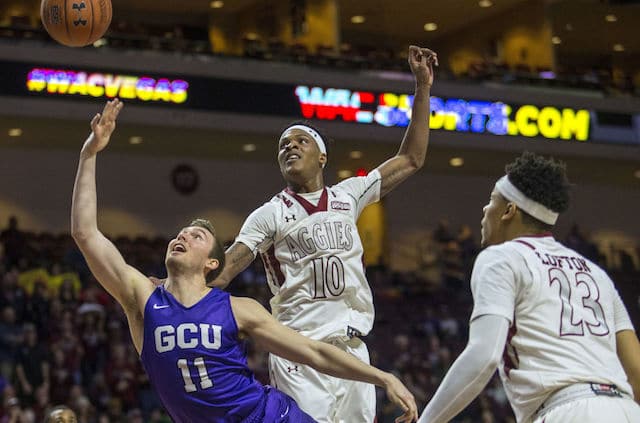 This pick is more about Clemson being overrated and frankly not the same team since losing season-leading scorer and top rebounder Donte Grantham to a season-ending injury in January. Now the Tigers have just one post presence in Elijah Thomas (10.7 ppg, 7.8 rpg). I can see the Wolf Pack getting him into foul trouble, which would doom Clemson. That Clemson has to fly across country also helps the Aggies. KemPom has the Tigers winning by four. I still like the upset, but obviously wouldn’t pass on the points.