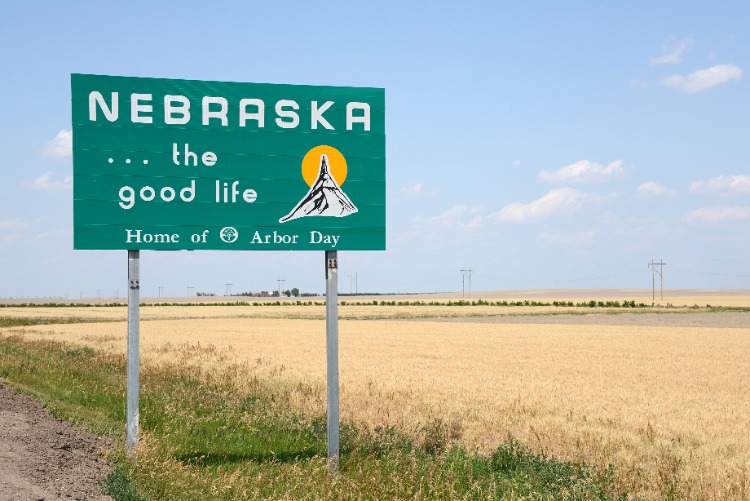 Nebraskans are the latest U.S. citizens who will get a chance to have their say when it comes to legal sports betting after the state Supreme Court last month ordered a trio of gaming-related initiatives be put on the Nov. 3 ballot. The key initiative is No. 429, which would amend the state constitution to allow gaming. Initiative No. 430 creates the Nebraska Gaming Commission, and Initiative No. 431 sets the tax rate on gaming revenue at 20%.

“Keep the Money in Nebraska” collected approximately 470,000 signatures in an effort to get the initiatives on the ballot, but in August, the Secretary of State declined to include them after receiving some push back about the language. On Sept. 10, the state Supreme Court ruled that the measures could be placed on the ballot.

The key ballot question will read:

Shall the Nebraska Constitution be amended to state that laws may be enacted to allow for the licensing, authorization, taxation and regulation of all forms of games of chance to be conducted by authorized gaming operators within licensed racetrack enclosures in Nebraska?

Tribes could get a piece of the action, too

According to the Omaha World-Herald, a public hearing has been set in North Platte so voters can be educated on the initiatives, which could potentially allow for iGaming and and sports wagering at the state’s six horse racetracks. While the ballot language reads “conducted by authorized gaming operators within licensed racetrack enclosures in Nebraska,” that could be interpreted as allowing gambling online, so long as online servers are located at the racetracks.

Nebraskans reportedly last voted on casino-related legislation 16 years ago, when competing casino referendums were on the 2004 ballot and both failed.

Allow gambling at 🐎 tracks in Nebraska. Keep the money in Nebraska to create jobs and lower property taxes. Too bad the NE GOP thinks keeping 💰 here is not a good idea. They make fun of Dems who support it. Laugh away GOP. We are organizing to win. https://t.co/tLZlcgwszo

Though the initiatives target casinos at racetracks, they also could open the door to expanding gambling menus in Indian Country. There are currently four tribal casinos in the state and four nationally recognized tribes, each of which could be entitled to open a full-fledged casino or sportsbook should the referendums pass. None of the tribes has a Class III gaming pact with the state, and they would need to renegotiate their pacts in order to include sports betting and other games not currently covered in the pacts.

The main contributor to  “Keep the Money in Nebraska” is the Ho-Chunk (Winnebago Tribe), which also has multiple properties in Iowa. The group has raised about $3.25 million.

Here’s a look at the latest news from three states that will also have gaming initiatives on the Nov. 3 ballot:

Colorado: Voters statewide can weigh in on Amendment 77, which would give local control to registered voters in Black Hawk, Central City, and Cripple Creek for gaming decisions going forward. If the referendum passes, residents in the mining towns will be able to raise or eliminate bet limits, expand the number and kinds of games allowed, and have a say in where gaming tax revenue is funneled.

Louisiana: Lawmakers are sending the question of whether or not to legalize sports betting to the voters, and in Louisiana, that means a parish-by-parish vote. “Louisiana Wins,” which is funded in large part by DraftKings and FanDuel, is airing advertisements around the state, according to the Baton Rouge Advocate. DraftKings and FanDuel each contributed $250,000 to the campaign. It was just two years ago that Louisiana voters approved daily fantasy games in 47 of 64 parishes, but DFS isn’t yet available. Should sports betting pass, lawmakers will have to hammer out the details, particularly the tax rate, which would require a two-thirds majority in each chamber to pass.

Maryland: According to the Baltimore Sun, DraftKings and FanDuel have invested a combined $2.75 million in the “Vote Yes on Question 2” campaign, a referendum that would legalize sports betting. With about three weeks remaining until election day, the Sun reports there is just under $500,000 left in the fund. The campaign is getting an additional boost from local racetracks, Maryland Live! and other casinos, most of which are pushing for “yes” votes via their own social media and websites and at their physical locations. Maryland voters will simply vote to approve sports betting — or not –after lawmakers stripped down a more comprehensive bill in a truncated session. Should voters pass the initiative, lawmakers will have to tackle the infrastructure, including establishing a tax rate and regulatory body, during the 2021 session.