More than 400 casinos statewide will close on a temporary basis 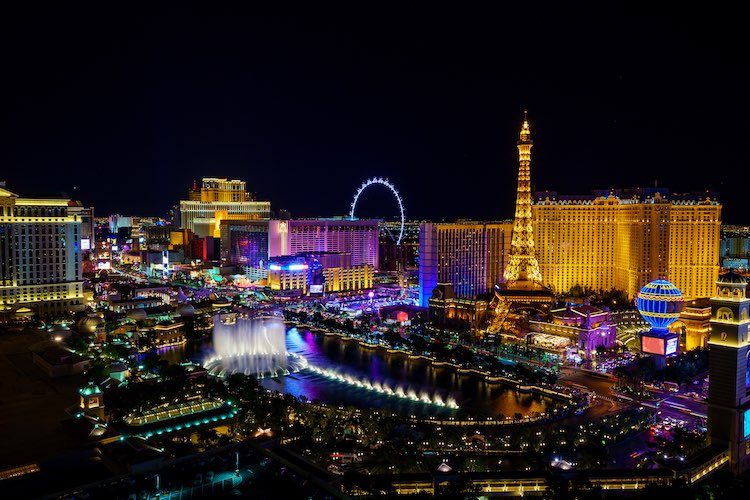 Nevada Governor Steve Sisolak ordered the temporary closure of all non-essential businesses statewide Tuesday evening, shutting down hundreds of casinos across the Silver State due to concerns associated with the spread of the coronavirus.

The state’s unprecedented mandate will close the majority of the iconic Las Vegas Strip, the unofficial entertainment capital of the world, for a period of 30 days. While essential Nevada businesses such as grocery stores and gas stations can remain open, the order covers casinos, bars, malls, fitness centers and salons among others.

The order came as a host of prominent Las Vegas casinos, led by MGM Resorts International, Wynn Resorts and Las Vegas Sands Corporation announced plans to close their local properties on a temporary basis. Sisolak, a Democrat who took office in January 2019, made the announcement following a similar decision by New Jersey Governor Phil Murphy Monday to shut down casinos in the Garden State.

“This was not an easy decision to make,” Sisolak said at a Tuesday evening press conference in Las Vegas.

Sisolak emphasized that he spent countless hours working with The White House, The Centers For Disease Control and Prevention (CDC) and other top medical professionals in making the decision.

The state’s COVID-19 risk mitigation orders will be fully effective as of Noon PT on Wednesday, March 18, Sisolak said. After consulting with Nevada Gaming Control Board chair Sandra Douglass-Morgan, Sisolak reached a decision to shut down all gaming machines, devices, table games and any related gaming activity effective Midnight PT.

On Sunday, Sisolak unveiled a set of social distancing guidelines Sunday designed to limit the spread of COVID-19, a global pandemic responsible for contributing to more than 6,000 deaths worldwide. Under the guidelines, casinos were limited to having “no more than three chairs,” at table games while the state required the properties to sanitize gaming machines every two hours, at a minimum. Despite the announced closures, a number of other top casinos planned to remain open before Sisolak’s emergency mandate.

“As we know gaming is the lifeblood of Nevada’s economy and a source of financial support for so many of our citizens and their families,” Sisolak said on Sunday evening.

As numerous governors throughout the nation unveiled mandates Monday designed to limit the spread of the virus, top gaming stocks suffered one of their worst days on record. Several companies saw their stock price fall in excess of 30% in Monday’s session. Though the stocks mostly inched up on Tuesday, the gains were minimal.

The closure of more than a dozen MGM properties and others on the Strip will likely create an eerie backdrop. Consider this: the majority of Strip properties remained open on September 11, 2001 following the collapse of the World Trade Center. A number of properties also stayed open during the October 1st tragedy in 2017 when a gunman opened fire from the window of his hotel room at the Mandalay Bay, killing 58 people.

The temporary shutdown will leave thousands of resort employees out of work for the time being. MGM Resorts operates some of the most prominent casinos on the Strip, including the Aria, Bellagio, Excalibur, Luxor, MGM Grand and The Mirage. Last year, the MGM Grand served as a hub for March Madness as the popular FS1 sports betting show “Lock It In” held a series of live broadcasts mere feet from the sportsbook.

“Despite our commitment to dedicating additional resources for cleaning and promoting good health, while making difficult decisions to close certain aspects of our operations, it is now apparent that this is a public health crisis that requires major collective action if we are to slow its progression,” MGM Resorts International CEO Jim Murren said in a statement.

The timing for the city’s sportsbooks could not be worse. Ahead of the 2019 NCAA tournament, a survey from the American Gaming Association estimated that 47 million American adults planned to wager $8.5 billion on March Madness. Last March, Nevada sportsbooks posted a record basketball handle of $600 million, translating to revenue of approximately $35 million. The vast majority came from the NCAA Men’s Division I Basketball Tournament, the largest event for sportsbooks on the calendar.

The NCAA canceled the tournament on March 12, five days before it was scheduled to start on Tuesday.

Well with the news that NCAA has cancelled all remaining Winter/ Spring championships cm ones with All the pro leagues suspending leagues sports books will literally have many nights with ZERO available events for wagering.

As more than 400 casinos across the state shut down for the next 30 days, Nevada could tap into its emergency funds for short-term relief. When asked Sunday whether he has tools at his disposal to provide emergency funding to furloughed and laid off employees, Sisolak responded that the state’s unemployment fund is relatively healthy.

Before Sisolak took office last January, the state’s rainy day fund eclipsed a record $293 million. The fund was expected to increase to $326 million by the end of Fiscal Year 2019. The state is also working with its federal delegation to get some relief from the federal government, he added.

The NFL announced Monday that while next month’s NFL Draft will proceed as scheduled, there will not be any league-endorsed public events in Las Vegas for the three-day Draft on April 23-25. After hundreds of thousands of fans attended last year’s outdoor event in Nashville, Las Vegas Raiders owner Mark Davis initially predicted that the Draft could attract as many as 750,000 fans on the Strip.

A number of top Hotel executives, including representatives from Hilton, Marriott, Hyatt and MGM Resorts met with President Donald Trump on Tuesday, NBC News reported. Trump International Hotel Las Vegas, located within walking distance of the Strip, is managed by the Trump Organization.

With major casinos facing millions of dollars in losses, Sisolak did not address whether the casino industry should receive a bailout from the federal government.