Vegas location has sat empty for two years, but could take wagers by Super Bowl

by Mike Seely
in Industry, Regulation

For nearly two years, the sportsbook inside the Mohegan Casino at Virgin Hotels Las Vegas has been fully built out but unable to accept wagers, remaining largely empty as its operator, UK-based Betfred, has awaited licensure from the Nevada Gaming Control Board (NGCB).

That long wait might finally be over: On Wednesday, the NGCB posted on its website the agenda for a special meeting, scheduled for Jan. 25 and 26, that will deal primarily with Betfred’s application for “the addition of a race book, sports pool, and off-track parimutuel race wagering” at the aforementioned casino, located a few blocks off the Strip.

Flying in to participate in the meeting will be Betfred’s namesake founder, Fred Done. If Nevada’s commissioners vote to approve Betfred’s license, its Vegas sportsbook plans to do everything it can to accept sports wagers in time for the Super Bowl, a company executive told Sports Handle.

Should its licensing effort in Nevada prove successful, the state will become either the ninth or 10th in which the sportsbook will be live, as a launch in Virginia is expected by the end of January. Betfred is already operational in Arizona, Colorado, Iowa, Louisiana, Maryland, Ohio, Pennsylvania, and Washington. 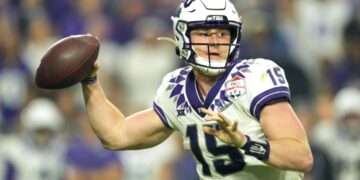