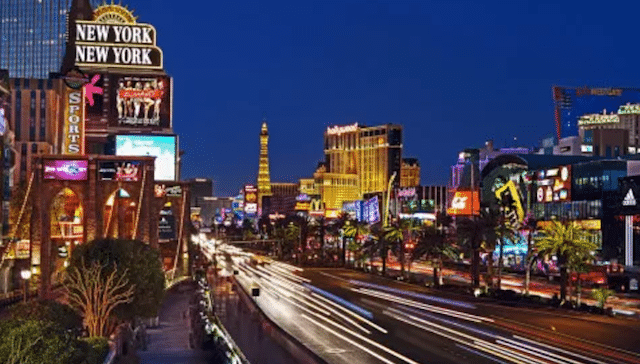 The Silver Silver’s sportsbooks had a down January in terms of revenue, but handle was up significantly year-over-year.

According to figures released Thursday by the Nevada Gaming Control Board, the state’s brick-and-stick sportsbooks and mobile wagering platforms took $497,482,993 in wagers, up 18.9 percent compared compared to January 2018. The books won $14,626,000 this past January, down 41.7% year-over-year.

The performance highlights just how volatile a sports betting market can appear when examining a single month. Over the 12 months preceding Feb. 1, 2019, the books won $290,589,000, up 9.2 percent compared to the same period a year prior. Sports betting has never been bigger in Nevada (and nationwide, too).

Nearly 70 percent of the Nevada handle gain came from basketball.

The handle jumping 19 percent year-over-year doesn’t tell the complete story. January 2018 actually saw an uncommon handle dip for the books. The handle this past January was up 9.4 percent from the previous record for January handle, set in 2017.

Here’s a look at the Nevada handle the past five months of January:

Michael Lawton, Senior Research Analyst for the NGCB, told Sports Handle that the handle performance amounted to more of a correction for the market.

“Not surprised by the [handle] increase,” Lawton said. “It might be a bit stronger than anticipated, but the comparison wasn’t difficult due to the fact that January 2018 was down 8.1 percent.  I haven’t reached out [to the industry] to get a definitive reason for the increase. However, $54.3 million of the $79.4 million increase in write was attributable to basketball. Outside of that, I don’t have any specific drivers for the increase.”

As one can see from those figures, the books had a poor month on college and NBA basketball (despite the large handle gain), the main factor in the down month in terms of revenue. But basketball clearly drew eyeballs and dollars.

Overall a great start to the year

In terms of the health of the Nevada market, January was a great month. Winnings were down, but that’s because the books held jut 2.9 percent of the wagers. Gamblers ran hot overall, relatively speaking.

Over the past 12 months, the books held onto 5.7 percent of the handle. No one in the industry is too concerned about a single down revenue month, especially if the handle grows.

The Silver State remains very much the the epicenter of U.S. sports betting as seven other states have launched legal, regulated sports betting markets since following the fall of the 1992 federal ban in May 2018, but there is no year-over-year data available for any of the other markets. We’ll have to wait until the summer to start seeing that kind of comparison.