5 Things Las Vegas Can Do To Modernize Sports Betting Experience

From remote registration to technology, there's a basket of options 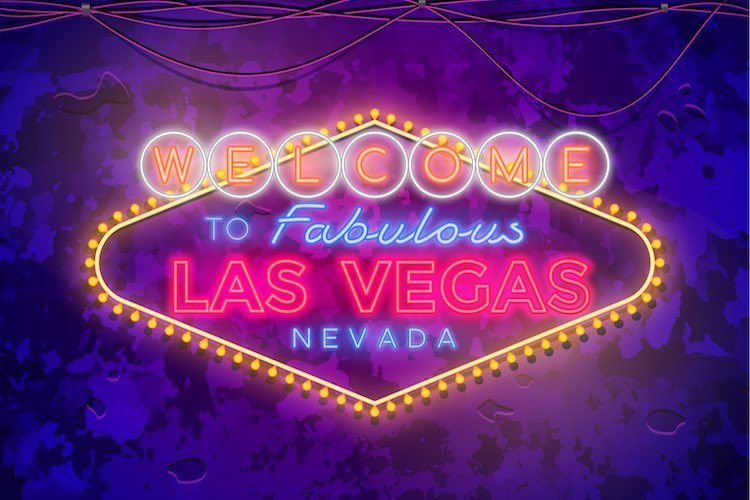 The Silver State is, without question, the grandaddy of sports betting with more than half a century of experience and more sportsbooks per capita than anywhere else in the U.S.  But as more and more operators join the U.S. sports betting market, one has to wonder, can an old dog learn new tricks?

With sports betting now live and legal in some fashion (commercial or tribal) in at least 12 states outside of Nevada, there is seemingly no end to the new concepts and technology — not all of them positive — that are rolling onto our shores from countries across both the Atlantic and Pacific oceans, Europe and Great Britain in particular, also from Australia and Asia.

There’s likely no one “right” answer for what sports betting in America can or should look like, but what seems to be clear is that as operators in states ranging from New Jersey to Iowa to Mississippi are offering up more and more betting options, contests, and technology, maybe Nevada sports betting could use a few tweaks.

“We’ve never rested on our laurels,” said Jay Kornegay, Executive Vice President of the Westgate Las Vegas SuperBook, and national-facing SuperBook USA. “We’re always improving and always adding more options and technology. … The U.S. market is very immature. In other parts of the world, Asia, Europe, Australia, they have been betting on sports for decades. There’s been illegal betting in this country for a century, and let’s say that whether they use offshore or illegal bookies, most of the market has bet on point spreads, moneylines and/or totals. It’s going to take a little while to welcome different kinds of betting options and understand how they work.”

As Nevada sportsbooks experiment and innovate, they will need the Nevada Gaming Control Board (NGCB) to walk in lockstep with them. Traditionally, the group has been conservative, both in terms of types of bets placed and new technology. For example, the board still will not allow wagering on the Academy Awards; New Jersey offered just that this past awards season. Many stakeholders have pushed for the board to allow some such propositions in the Silver State.

Here are five ways Las Vegas and Nevada-based licensed sportsbooks — or really shops in any jurisdiction — could stay on the cutting edge.

When New Jersey became the second state behind Delaware to launch in June 2018, and the first to offer state-wide mobile outside of Nevada, it raised the bar by offering remote registration. What does that mean? Would-be bettors never have to set foot into a physical sportsbook to register and play on a mobile app or over the internet. Nevada does not offer remote registration, rather, patrons must walk into the casino and register in person. So, for example, if you want multiple mobile options in Nevada, you must visit multiple casinos/sportsbooks to register. Stakeholders in and out of the state say legalizing remote registration would be a big upgrade — and that by not doing offering it, some potential operators have steered clear of Nevada.

The argument, according to many in the state, is that the big casino companies fear that remote registration will cost them in ancillary purchases and the potential to get new customers onto their properties. Robert Walker,  Director of Sportsbook Operations, for USBookmaking, calls it “protectionism” and says that “large sportsbooks, the ones with the most locations, are trying to keep their advantage over small books, they don’t want those books to come in and level the playing field.”

Kornegay of the SuperBook called remote registration, “the big one we believe is going to be very popular, and I am sure we’ll have it sooner or later.”

Offering remote registration would further what gaming operators everywhere strive for — making the gaming experience as easy as possible for consumers, allowing them to conveniently avail themselves of multiple sportsbooks, weigh their differences, and ultimately engage with their favorites. Modern technology certainly enables the remote registration practice.

To set odds or settle a bet, sportsbooks use data feeds from the various sports — and often, not just a single feed. In two states that have yet to launch, sportsbooks will be limited to buying only “official league data.” Tennessee was the first to mandate that in April, and Illinois quickly followed suit. It’s looking like Michigan and New York will eventually do the same.

But in the states that don’t require “official league data,” sportsbook operators often purchase multiple data feeds in order to get the most information and identify the best market pricing. In addition to that, technology allows for odds to be set or bets to be settled automatically. But in Nevada, according to Walker, only a small handful of companies are approved to provide data to sportsbooks, so the books are limited in the number of feeds they can get. On top of that, the state is cautious about allowing automation, which can not only slow the process, but also results in errors.

“We’ve asked to have even a moderate amount of automation, and it’s been turned down,” he said. “We make more mistakes in Nevada than anywhere else because numbers get transposed.”

There’s no question that a sportsbook on the Las Vegas Strip is a different animal than a sportsbook in Iowa or Pennsylvania or Mississippi. In some states, sportsbooks will be stand-alone shops — for example, New Hampshire approved 10 physical locations, and while those could be in restaurants or bars, they could also be stand-alone locations, like off-track betting parlors are in New York. But if a sportsbook is in a casino, operators new to the U.S. game, or who are entering states that haven’t previously had sports betting say the books shouldn’t be hidden, as they can be in Las Vegas, the should be among the top destinations in a casino.

“In Nevada, sportsbooks have been treated as an amenity,” said Paul Hannon, Vice President of Strategy and Retail Sportsbooks for Australian company PointsBet. “But I think that will change. Over time, you’ll see the sportsbook turn itself into the heartbeat of the casino, it will be like a table-games pit late at night on a Saturday.

“Sportsbooks are going to provide the energy for the rest of the property.”

Hannon said that when his company unveils its plans for a sportsbook at Hawthorne Racecourse outside of Chicago, the book will be the “showcase” of the space. And when PointsBet opened its Catfish Bend book last month in Iowa, it is a modern, comfortable space with a cutting-edge technology, a video wall, teller windows and kiosks, all designed to get bettors to stay and enjoy the game.

“I know a couple of the places on the Strip have kind of changed the way they are set up, they are much more welcoming,” said Dave Sharapan, of CG Technology. “Before it was not a closed environment, but it’s a very intimidating place to come into. What books have done, is make it more open. Higher ceilings, more televisions, putting in couches, club chairs, they want people to stay in the book more, they’re taking the approach to get people to engage.”

Said Walker: “Books have traditionally been in the back at MGM/Mirage, away from the executives because nobody really wants to deal with them. It’s really the misunderstood part of gaming.”

Of course, it’s tough to compare a gaming property on the Strip with a regional location. The Strip is an overall tourist destination while regional operators generally have locations that are strictly gambling destinations that can’t compete with all the hospitality, entertainment and restaurant offerings that Las Vegas has to offer.

“It’s hard to compare apples to oranges,” said consultant Sara Slane. “The ultimate takeaway is that Las Vegas is a tourist destination because you can’t beat the weather, it’s got it’s own thing, and it’s totally different than the rest of the country.”

PointsBets’ Hannon is all about the expanding the mobile experience beyond simply placing a bet. He thinks that Las Vegas, in particular, and sportsbook operators in general, should be looking to cater more and more to millennials, who, anecdotally, spend most of their time connecting with other online vs. in person. With that in mind, Hannon thinks Las Vegas sportsbooks should up their games on social media or offer more mobile options. He thinks the “user experience is all about bridging retail and mobile.”

He's taking over for Eli..but how will he perform?

Besides developing a bigger social-media presence, sportsbooks can drive business with special events, such as DraftKings’ with its “Sports Betting National Championship,” bringing together sports bettors who can sit inside sportsbooks while also placing bets or interacting online. The SuperBook holds massive Super Bowl and March Madness events, during which they market all methods of placing bets while creating a party-like atmosphere in which to enjoy a game. And the book has been jam-packed for the first few weeks of the NFL season.

“If you saw our crowds during the first two weeks of the NFL season, you wouldn’t think that sports betting had expanded across the country,” Kornegay said. “I was on ESPN Radio and they were like, ‘Wow! Look at this place.'”

In the bigger picture, what both Hannon and Kornegay are talking about is marketing. There are those who are avid sports bettors and those who may be interested. It’s critical to keep the avid bettors engaged, but also find a way to convert those who want to bet into actual bettors. Finding a way to connect with the next generation could determine a book’s success or failure.

“We have to change the way we operate, we get three seconds of their attention, how do we capture it?” said CG Technology’s Sharapan. “We have to educate them. You want to get better, you have to get with the times and know that you are not selling lottery scratch-off tickets. How do we engage them for those three seconds and get a chance to get their business. FanDuel and DraftKings seem to have an endless amount of money (to do this) … and it’s all about the marketing.”

There’s no shortage of new technology when it comes to sports betting, but stakeholders point to two  specific pieces of technology that are changing bettors’ experiences: the “shared wallet” and “early cashout,” both of which are available in some states, or through some operators, but are not used everywhere, and aren’t generally prevalent in Nevada.

“Early cashout” is another option that’s not readily offered in Nevada, but has been used by many operators internationally, including BetFair (now partnered with FanDuel in the U.S.). On its website, BetFair defines early cashout as the option to take “profit early if your bet is coming in, or get some of your stake back if your bet is going against you – all before the event you’re betting on is over. Cash Out offers are made in real time on your current bets, based on live market prices.” You’ll find similar definitions on U.S. sites. It may not necessarily be an EV+ opportunity, but it’s proving a popular one.

In the U.S., DraftKings, FanDuel, and William Hill all offer an early cash out option . This option allows customers to limit risk, and take a profit, or potentially mitigate a loss more quickly, making them more nimble and able to use the money for a bet somewhere else. 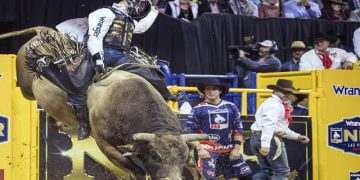