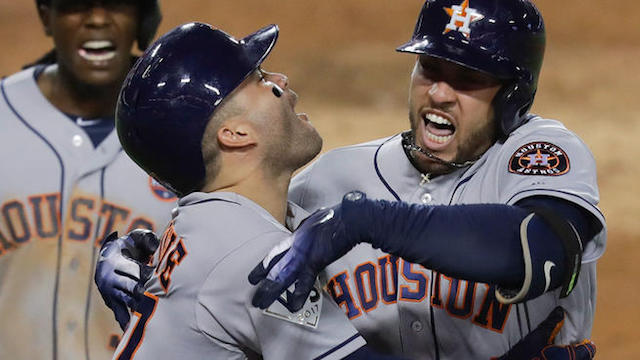 Nevada sportsbooks generated a collective $528 million handle in November, an increase of 5.4% from November 2016 but slightly down from the $565 million handle in October, when Major League Baseball’s postseason was in full bloom.

While the handle was robust, profits got cut down due to baseball losses to the tune of $11.5 million. You may recall the MLB season culminated on November 1 with the Houston Astros’ 5-1 series-sealing Game 7 victory over the Los Angeles Dodgers. Overall, the sportsbooks held just 1.86% in November for a $9.82 million profit.

“The baseball loss was due to several factors including Game 7, cashed tickets from previous games, and payouts made on prop bets on who would win the World Series.” Michael Lawton, Senior Research Analyst with the Nevada Gaming Control Board’s Tax and License Division, told SportsHandle. “We don’t receive the exact breakdown from our licensees.”

“Based on several reports we had read regarding some large bettors having success we figured it would be bad,” Lawton added of the baseball action, “however, I don’t think we anticipated recording an $11.5 million loss.”

NFL and college football wagers aren’t separated in the revenue report, but we know that favorites dominated in the NFL from Weeks 7 through 12. November included the NFL’s Week 9 through Week 12 (plus Thursday Night Football for Week 13 on November 30 between Dallas and Washington).

From Week 7 through Week 12, favorites covered at a whopping 68% rate with a 44-21-4 record. The books still won, of course, but underdogs didn’t do the Strip many favors.