New Debate: Is ‘Responsible’ A Safer Gambling Word Than ‘Safer’?

Advocates for how to gamble sensibly are facing a linguistic crossroads 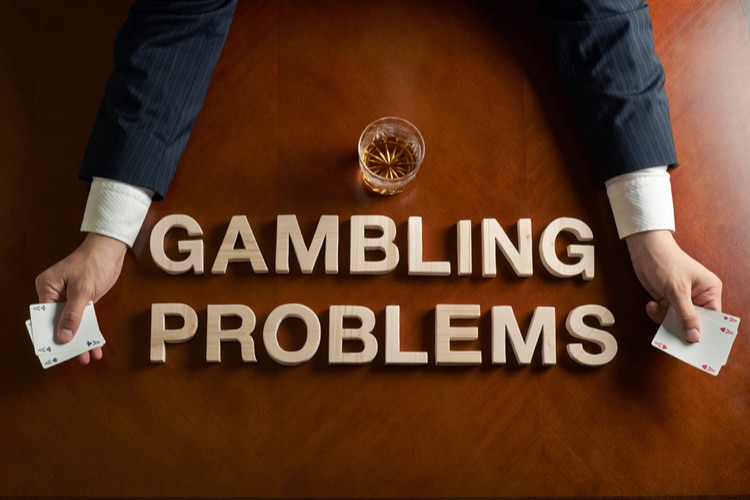 While there appears to be a trend of the latter term gaining steam, not everyone is happy about it.

Alan Feldman, chairman of the International Center for Responsible Gaming, conceded in Las Vegas on Tuesday that the industry has “done an absolutely horrific job of defining ‘responsible gambling’ to the public.” Feldman spoke during a panel at the American Gaming Association’s Global Gaming Expo, or G2E.

“But to just walk away from it is to do a terrible disservice to the public,” Feldman added.

Connie Jones, director of responsible gaming for the Association of Gaming Equipment Manufacturers, said that “safer gambling” is a term that has gained popularity in Europe and now has come ashore in the U.S. as well.

And when the focus is on those who struggle to manage their gambling, Jones said the sense is that “there is no such thing as responsible gambling” for that group — the same way that “responsible drinking” is not seen as a feasible alternative for an alcoholic.

“This year we are seeing ‘responsible gambling’ being referred to as an outdated term,” Jones said, noting that a recent industry Zoom webinar even declared the term dead — with a proverbial eulogy to top it off.

Feldman said that if a patron goes to a casino employee and asks for information about responsible gambling, they likely would receive a brochure listing a hotline to call for information on how to address compulsive gambling.

“But there is almost never a word about responsible gambling,” Feldman said, highlighting the confusion about the various terms. “We just talk about addiction. We’re the ones who have to change this and redefine responsible gambling. I don’t think the term is dead, unless we let it die. But we’ve got to reinvigorate it.”

Matthew Tom, a psychiatrist at Harvard Medical School, said “safer gambling” to him means “bankroll management,” with some sort of indicator of the exact bottom line for the player during the course of a gambling session.

Educating younger people about the potential pitfalls of gambling is a continuing challenge, the panelists explained.

“Just because something is skills-based doesn’t mean it’s not gambling,” said Tom.

Moderator Dan Trolaro, vice president of prevention for Epic Risk Management, said that a key goal should be  offering education about gambling to teenagers, as a way to prepare them better for when they become old enough to do so legally.

“There is such a thing as appropriate risk-taking, but it’s important for us to teach how that works,” Trolaro said.

A concern for Feldman is the flurry of ads from operators touting a “risk-free” bet, of amounts up to $5,000, as incentives for new customers to sign up.

“No bet is risk-free, ever,” Feldman insisted. “We have to do better. We have to see some self-restraint [by the industry], or the balloon will burst.”

Feldman said he was struck during time he spent in Japan with how gambling is seen as a collective family concern –- which, unlike in the U.S., has led to universal support for allowing family members to exclude those who might gamble away the family finances.

Finally, the lack of any federal dollars going to research on compulsive gambling issues is a source of frustration for the panelists, who cited the United Kingdom as among countries that are far ahead of the U.S. on that score.

On a Wednesday panel at G2E, representatives for the NCAA, the FBI, FanDuel, and Sportsradar acknowledged a different cause for concern –- college athletes getting caught up in sports betting scandals – has been an issue for decades.

But the consensus was that the intersection of widespread betting legalization in the U.S. and rampant advertising, as well as the ubiquity of social media as a way of direct communication with college athletes, has made the risks “more prevalent,” as described by Jim Brown, managing director of enterprise risk management for the NCAA.

“The NCAA opposed betting forever, and we’ve moved to being more neutral in recent years,” Brown said, referring to the organization’s six-year lawsuit against New Jersey that ended with the U.S. Supreme Court allowing states to legalize sports betting in 2018.

Beyond the obvious difference of the millions of dollars in income that can separate star college athletes from their professional counterparts, the panelists added age, maturity, and “the lack of a buffer” between the college stars and social media as potential dangers.

In other countries, a national governing body often oversees national regulations on legal sports betting. But in the U.S., there are as many twists in state gaming laws as there are states that offer it –- now at almost 30, with more to come. That presents unique challenges, with the rapid rollouts difficult to keep up with for the relevant organizations, operators, lawmakers, and regulators.

“Those of us who have a vested interest in the sport, we all have the same goals, so there is some good cooperation there,” said Steve Byrd, Sportradar’s U.S. head of sports content and partnerships.

Lisa Pension, a sports betting integrity agent for the FBI, said that athletes in virtually every NCAA sport have faced threats and harassment on social media — sometimes related to whether an athlete is seen as causing the loss of a bet.

“There’s a fine line for us getting involved, but maybe the bar doesn’t have to be so high,” said Pension, suggesting that high-profile convictions of malicious social media users could prove a deterrent to others.

The legalization of sports betting can lead to college athletes being told that concerns about associating with gamblers is “old school,” Pension added.

She said that can lead athletes to believe, “No one is coming up to me with a leather jacket and greasy hair and asking me to fix a game.”  Pension added, however, the real threat can be as basic as an athlete’s uncle soliciting inside information for the purpose of making a bet. 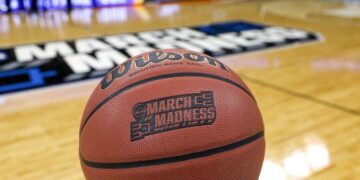